In the United States, the development of promising combat lasers for various purposes continues, incl. airborne systems. One of the new models of this kind is intended for installation on fighter aircraft. Its appearance is expected by 2025. In case of successful completion of this project, it is possible to develop other samples with increased characteristics and a different architecture.

Laser in a container

At the initiative of the US Air Force Research Laboratory (AFRL), the SHiELD (Self-Protect High Energy Laser Demonstrator) project is currently being developed. One of the program participants is Lockheed Martin with its TALWS (Tactical Airborne Laser Weapon System) project.

The goal of the SHiELD project is to create a suspended container with a high-energy laser capable of protecting the carrier aircraft from anti-aircraft or aircraft missiles. It is assumed that various surveillance equipment, including elements of the on-board defense complex, will monitor the surrounding space, detect missile launches and issue target designations to the SHiELD product. The task of the latter will be to “blind” the homing heads and “incinerate” the elements of the missile structure.

The SHiELD container is intended for tactical aircraft, which imposes serious restrictions on size, weight and power supply. However, Lockheed-Martin speaks about the availability of the necessary technologies and components to create a TALWS laser in an optimal form factor with sufficient characteristics. 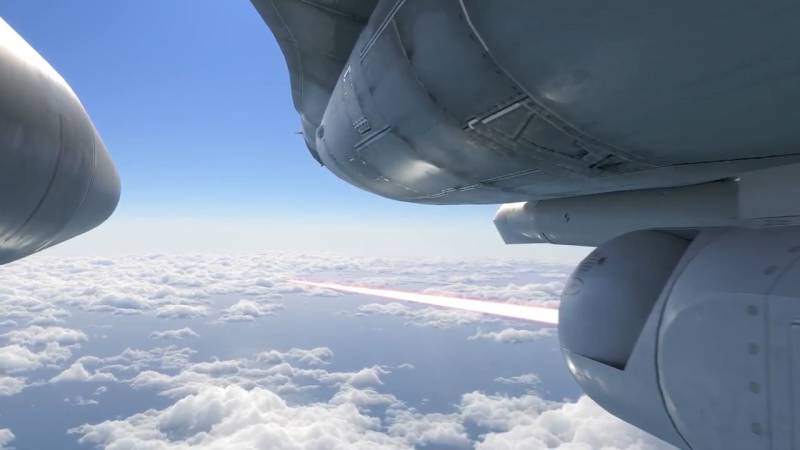 AFRL and Lockheed Martin have already conducted the first tests of SHiELD components. In particular, in the spring of 2019, a low-power version of the laser was tested at a ground-based test bench. In the near future, new tests of more powerful emitters will take place. It is envisaged to develop unified systems suitable for use in the Air Force and ground forces.

Lockheed Martin has already revealed some details of its TALWS project. The list of components installed inside the container has been announced, and the main technologies have been named. Some of the necessary components have already been developed, while others have yet to be brought into working order.

The main component of SHiELD / TALWS is the laser. The type and power of this device have not yet been disclosed. It is only known that the laser will be compact and can be installed in a container like the existing ones. It will emit a beam of tens of kilowatts, sufficient to destroy optics and structural elements. At the same time, the range and the exact effect are not named either.

Over the past few years, Lockheed Martin and its suppliers have been working on a new beam guidance system. Similar products existed before, but the goal of the new project was to create a small-sized optical device that fits into a container. A new system of this kind is almost ready and will soon be released for testing. 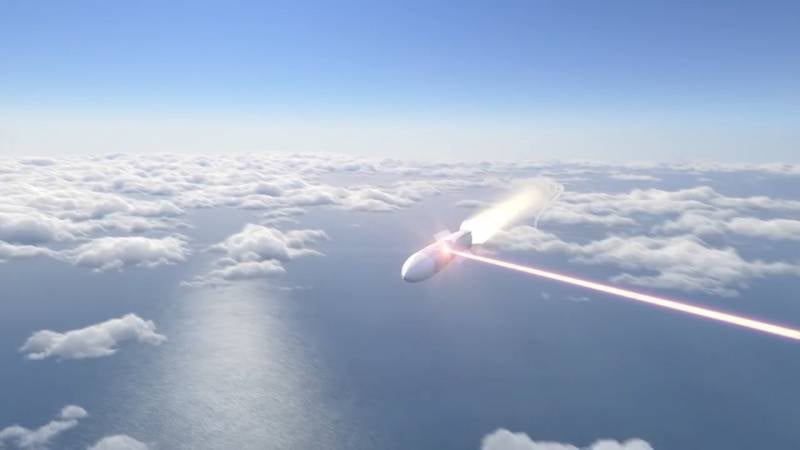 Power supply is a key problem in the creation of any combat laser. It is proposed to equip the TALWS container with high-performance rechargeable batteries or supercapacitors. They will be charged from the on-board network of the carrier aircraft and, when fired, provide the necessary impulse. The required characteristics of the container’s power system are not named, but the expected laser power makes it possible to estimate their level.

SHiELD / TALWS also requires an automatic control system capable of receiving target designation from the aircraft’s ADS and controlling laser guidance. When developing it, it is necessary to solve the problem of effectively tracking the target and keeping the beam on its vulnerable elements for a certain time, despite the movement of the target and the carrier’s maneuvers. Earlier it was reported that to solve these problems, developments on laser target designation containers will be used.

Lockheed Martin isn’t just working on combat lasers for the Air Force. Similar systems are being created for the ground forces and the navy. At the same time, the company often uses common solutions and components for different types of weapons. So, it has already been announced that tests of a new guidance system will begin as part of a ground-based laser complex.

Next year, a ground-based anti-aircraft and anti-missile defense complex will be submitted for testing. It will include a 300-kilowatt laser and a compact guidance system also offered for the TALWS container. In addition, the complex will receive controls that, after some modifications, can be used in aviation. 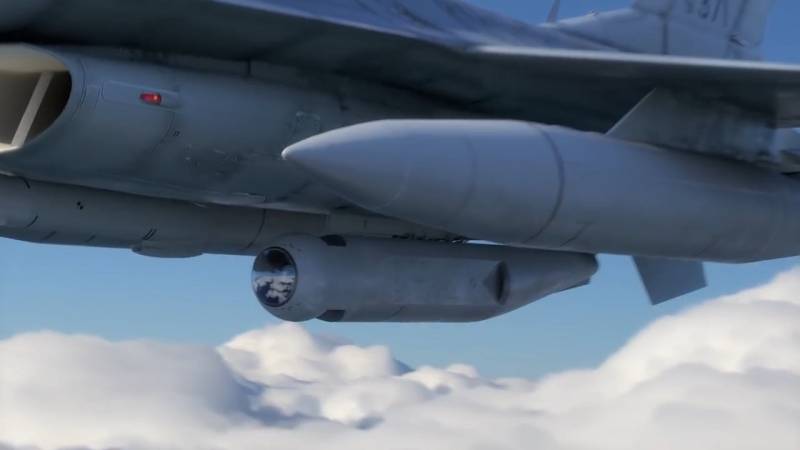 During the tests, it is planned to check the joint operation of all the main elements of the ground complex. If necessary, they will be improved – and as a result, you will get a set of components for two promising developments at once. By 2025, a full-fledged SHiELD / TALWS container will be made on their basis.

How long it will take to test the laser container is unknown. According to optimistic forecasts, by the end of the decade, the TALWS project can be brought to mass production and introduction of products in the Air Force and naval aviation. However, plans of this kind have not yet been worked out and approved.

The goal of the SHiELD project is to create a suspended laser self-defense system for tactical aircraft. The next step in this direction may be the development of similar systems that are integrated into the design of the carrier aircraft. In this case, the anti-missile laser will be able to effectively protect the aircraft, but will not take up space on the pylon and increase the RCS.

First of all, such systems will find application in the further development of strategic bombers. Such aircraft need effective protection, but cannot carry air-to-air missiles and are not always equipped with cannons. Integrated lasers prove to be a convenient way out. It is also possible to install such funds on lighter aircraft. However, in this case, the laser complex will compete for volumes with other equally important systems. 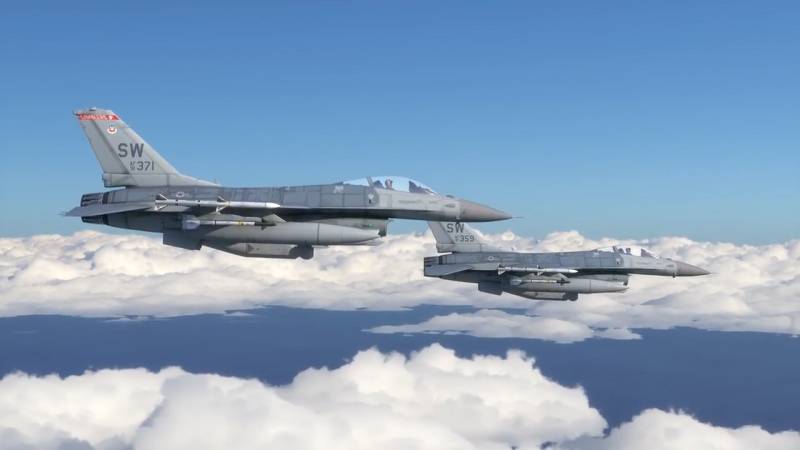 So far, we are talking only about the laser as a means of self-defense. However, further development of technologies can lead to an increase in the power of the emitters and a corresponding increase in combat effectiveness. It is quite possible that in the distant future, containerized or integrated laser systems can be used not only for defense against missiles, but also for attacking larger targets. However, one should not be overly optimistic in this area. The defeat of large air or ground targets is a rather difficult task and makes special demands on the laser.

As practice shows, high-power lasers cannot be installed on tactical aircraft at the present time and in the short term. Accordingly, for the next few years, their combat potential will be based only on “traditional” missiles and bombs.

In promotional materials for the TALWS project, Lockheed Martin cites 40 years of experience in the development of overhead containers and laser technology. The new project, which is being created in conjunction with AFRL, will combine the accumulated experience with the aim of producing new and remarkable results.

There are high hopes for the current SHiELD program. In the coming years, it can lead to the emergence of new means of defense, significantly affecting the combat qualities of tactical aviation. And in the future, on its basis, new developments with wider possibilities may appear. All this allows the developers of the program to talk about the imminent revolution in the field of aviation defense and destruction. However, it is not yet clear whether such a breakthrough will succeed.