The story of the appearance of the Maybach HL 230 at the ZIL should start from 1943-1944, when a full analysis of the design of the gasoline engine of the Pz V Panther tank was carried out in Kubinka. One of the first sources from which Soviet engineers and the military learned about the intricacies of the execution of the motor, was the “Bulletin of the tank industry”. In the material “German Tank Engines” Senior Lieutenant-Technician Chistozvonov examines the evolution of enemy tank power plants. HL230 acts as a more powerful modification of the “tiger” HL210. In fact, the “two hundred and tenth” engine was installed only on the first 250 copies of heavy tanks. It was decided to replace the twelve-cylinder carburetor power plant due to the relatively low power of 650 hp. with. and low reliability at speeds of the order of 3000 rpm. But it was in this region of revolutions that the torque was close to maximum. But a larger engine could not fit into the “Tiger”, so Maybach-Motorenbau GmbH decided to increase the displacement by 10% and replace the aluminum cylinder block with a cast iron one for greater reliability. It turned out to remove 700 liters from the new engine. with., which with a working volume of 23.88 liters was an outstanding indicator for its time. These motors of Karl Maybach, indexed HL 230, became the main ones for the line of modifications of Hitler’s heavy and medium tanks. Lieutenant Chistozvonov mentions in Vestnik that the Germans increased the intake valve diameter to 60% of the cylinder diameter, installed 4 Solex TFF-2 carburetors (one unit for every three cylinders), increased the compression ratio to 7.5 and accelerated the piston to average speed of 16 m / s. The intake valves were sodium-cooled, and this, according to the author, allowed the engine to run on 74th gasoline, despite the increased compression ratio. Such technical solutions became the basis for forcing the engine, which forced, in particular, to strengthen the crankcase due to increased loads. 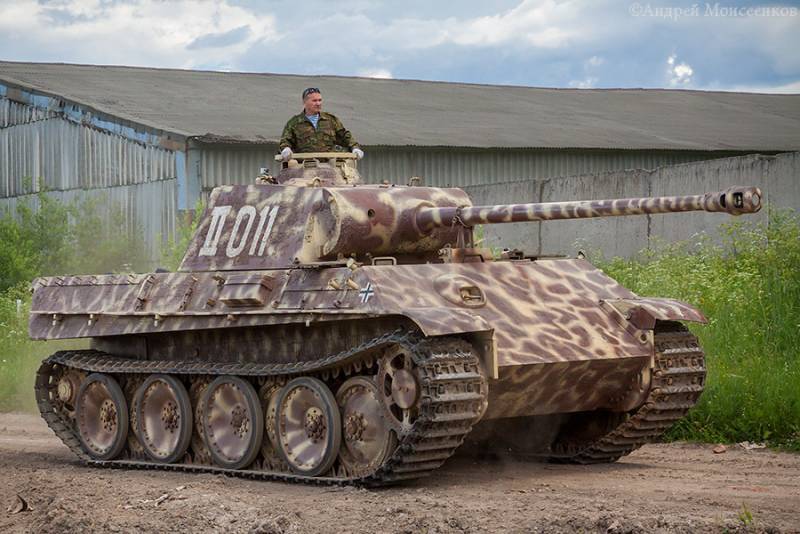 Among other features of the engine, Soviet military engineers paid special attention to devices for underwater tank driving. The Germans carried the radiators and cooling fans into separate compartments filled with water, while the HL 230 itself was sealed on both the Tiger and Panther. The fans, by the way, when entering the water, were disconnected from the drive by cardan shafts using friction clutches. For cold climates, a thermosyphon heater with a portable blowtorch was provided.

Despite a lot of interesting engineering solutions, the author of the material in the “Bulletin of Tank Industry” comes to the conclusion that the design of the HL 230 has not been brought to the required level of readiness and has serious shortcomings. So, the engine inherited from the previous model received a tendency to break through too narrow jumpers of the cylinder head gasket between adjacent combustion chambers. This, by the way, was aggravated on the HL 230 due to the increase in the working volume of the cylinders with the same block dimensions. Maybach-Motorenbau engineers even removed the common gasket from the gas joint, replacing it with separate aluminum rings, which also burned out. 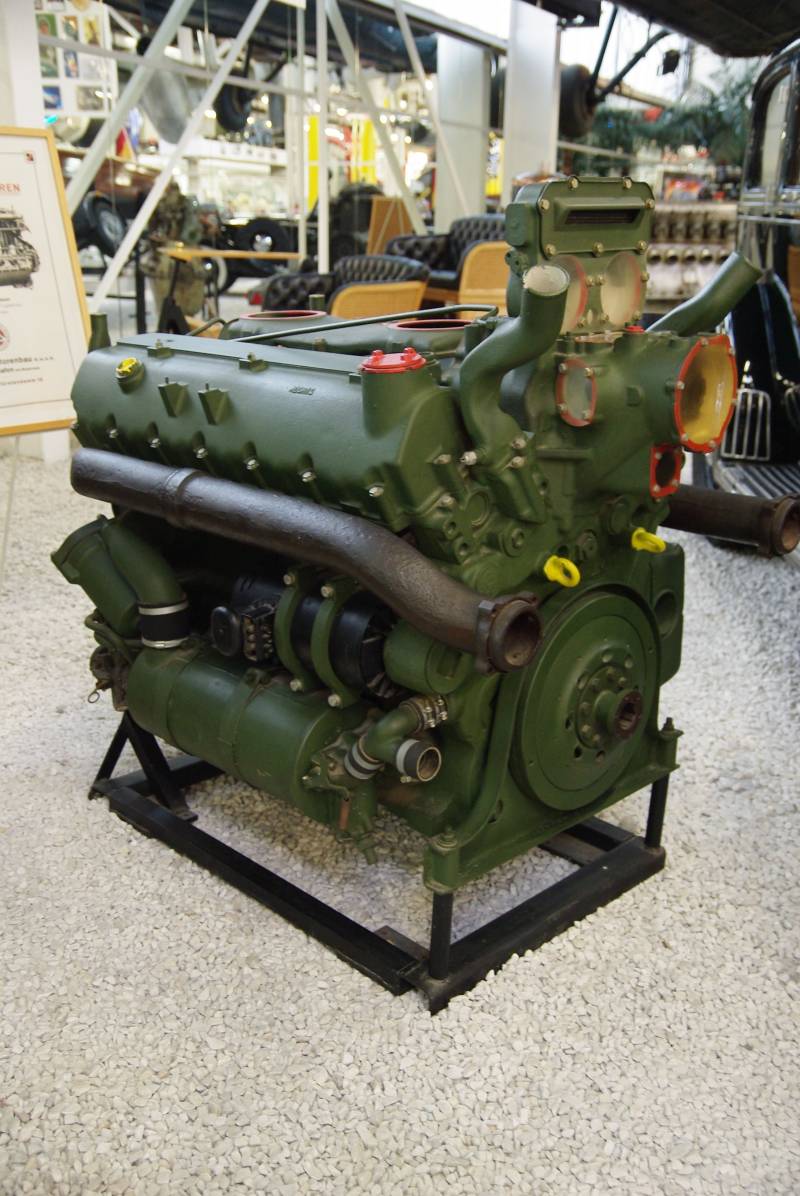 In pursuit of power, it was necessary to reduce the inter-cylinder distance and even thin the cylinder liner, which had a very negative effect on the performance of the Pz V Panther from the collection of the museum in Kubinka. But more on that later. Another consequence of the high degree of forcing of motors was the frequent breaks of valves and burnout of pistons. The general conclusion of Lieutenant Chistozvonov’s article on the analysis of the development of tank engine building in the Third Reich was the thesis: “The older the design, the higher the reliability.” The high liter power of the engines as a requirement of the “overweight” Hitlerite armored vehicles became an important factor in the loss of reliability and resource.

For many decades, Soviet and later Russian engineers did not even remember the “fiery hearts” of the German-fascist tank industry, since the domestic designs of power plants were based on other ideas. But when the military in 2012 needed to revive the museum Pz V Panther, an incident happened: they could not do with their own forces in Kubinka.

Visitors to the museum in Kubinka will probably remember the spotted Panther with a tactical number on the II O 11 tower, which is one of the few German vehicles in the exposition capable of independent movement. Museum workers revived it in 2012 and even managed to drive around the complex, but soon noticed that the oil in the engine had turned into a water emulsion. There were serious problems that precluded further operation of the tank. But it was not possible to solve it by the forces of the Ministry of Defense – the innovations and reforms of the then minister Serdyukov did not leave specialists in the entire Moscow military district capable of such repairs. The engine, obviously, was in a single copy with a minimum set of spare parts.
As Vladimir Mazepa (in 1992-1994 and 1998-1999 – chief designer of AMO-ZIL) mentions in his book “Legends were Tyuffle Grove”, the director of the museum Andrei Sorokovoy and representative of the restoration department Alexander Anfinogenov turned to the Likhachev Plant for help. On the part of the experimental workshop of ZIL, which was entrusted with this work, engineers Nikolai Polyakov, Vladimir Kharinov and Andrey Zharov participated. The engine was dismantled from the tank, loaded into the “Bychok” and taken to Moscow to the bureau for research and development of trucks of the experimental workshop. The “Panther” Maybach HL 230 engine was put on the stand and, in the absence of detailed instructions, the reason for water entering the oil sump was searched for by brainstorming. Even the process of disassembling the motor had to be outlined in detail, otherwise it would be difficult to bring it back to its original state. Initially, it was determined that the leak was somewhere in the region of the third cylinder, but the cause was determined a little later: it was a long, almost in the entire cylinder, longitudinal wall crack. In parallel, the engineers determined that the engine of the German tank was practically intact, the wear was minimal, but there were traces of foreign objects in the 10th, 11th and 12th cylinders. In the same cylinders, the intake valves were bent and, accordingly, the piston crowns were riveted. How can one not recall the not very high reliability of motors, which was mentioned in an article back in 1944! The valves were leveled on the equipment of the experimental workshop, but there were problems with a cracked cylinder liner. There was no news from Kubinka for several weeks, although the museum workers promised to find something suitable from the repair kit and send it to Moscow. We decided to do it on our own. Metallurgists-researchers determined that the liner was made of gray cast iron, and accurate measurements showed similarity with a similar spare part from the domestic YMZ-236 engine. The Maybach piston fit perfectly into the liner of the Yaroslavl motor! It remained only to turn the workpiece from the outside: we remember that the Germans on the HL 230 model increased the working volume of the tank engine by simply boring the cylinders and thinning the walls to 3.5 mm. This “elegance” of the design, obviously, became the reason for the breakdown of a German tank in the distant forties – a completely new engine simply overheated. 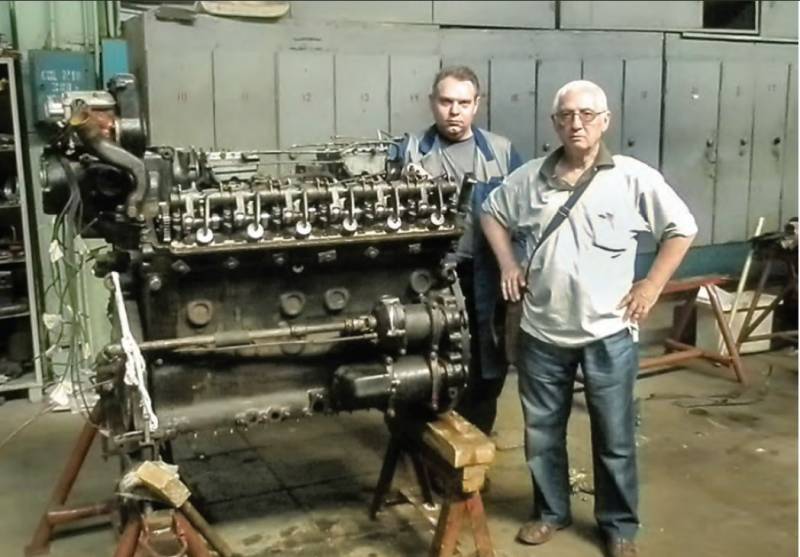 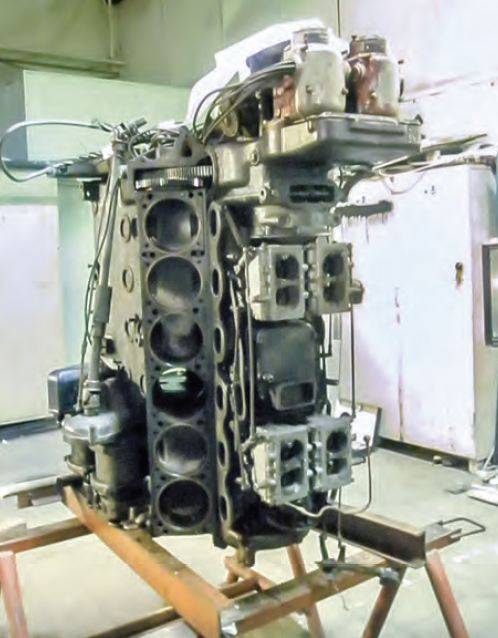 Further, in the work of Moscow specialists, the question arose with the cylinder head gasket. She, despite the data of Lieutenant Chistozvonov, was still present, and not even alone. The water jacket was sealed with a more than a meter gasket made of metallized cushioning sheet, and the fire belt was sealed with a ring of annealed copper. A possible reason for this discrepancy in the data was various modifications of the motors that fell into the hands of domestic engineers in 1944 and in 2012. The copper for the fire belt was found and the rings were made, but the Klingerite gasket was made from material that was selected by the technologists of the experimental workshop.

When the Maybach HL 230, taking into account all the improvements, was assembled, put on the stand and started up, the water-oil emulsion in the crankcase was no longer observed, but the engine itself was very unstable. After several days of the next brainstorming, we identified the broken valve timing in one of the semi-blocks. The operation of the engine was normalized according to the German instructions of the 1944 model. By the way, they did not determine who knocked down the phases of the German engine: perhaps this was done during the research of the tank in Kubinka during the war. Perhaps Lieutenant Chistozvonov took part in this …

The engine for the Pz V Panther from the exposition in Kubinka was revived. The tank is still operational and participates in military reconstructions and festivals. And the engineering potential of ZIL, which was gloriously manifested in the course of such “reanimation”, could not be preserved.