Rocket launch as seen by the artist. Figure Designation-systems.net

In the 1980s, the United States Air Force took particular interest in promising stealth technology. New models of aviation equipment for various purposes were developed, and then the concept of inconspicuous weapons appeared. The first example of this kind could be a guided air-to-air missile with the working title Have Dash. However, due to various circumstances, this program did not end with the desired result.

Project Have Dash (“Ready to dash”) has been developed since the mid-eighties with all the necessary secrecy. However, at the beginning of the next decade, some information about him got into the open press. Later, after the completion of the work, new details were published.

However, a significant portion of Have Dash’s data is still private. At different times in various unofficial sources there were some information about the progress of work and technical aspects of the project. Some of them look plausible, but there is no official confirmation or denial.

According to open sources, the Have Dash project was launched in 1985. The main executor of the work was the Weapons Laboratory (Eglin base, Florida), now part of the Air Force Research Laboratory (AFRL). The work began with research and experiments in bench conditions. 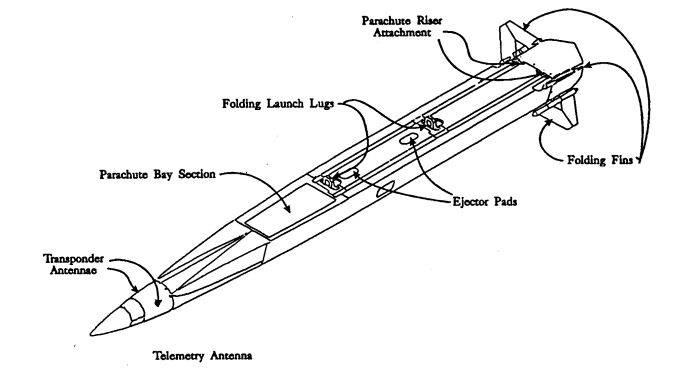 The goal of the program was to create an unobtrusive air-to-air missile to arm modern and future stealth fighters. In this regard, a number of special requirements were imposed on the rocket. It was necessary to create a long-range weapon with high flight and maneuverability characteristics. It was required to provide radar stealth missiles in flight. In addition, it was not supposed to spoil the characteristics of the carrier.

Research work continued until 1988. Since then, specialists have studied the potential of the available stealth technologies in the context of ASP. They also found new ways to reduce signature, suitable for use in a rocket. Tested individual components and performed computer simulations. The result of the first stage of Have Dash was the development of the main features of the rocket’s appearance and the choice of technologies for a full-fledged project.

In 1989, the Arms Laboratory began the Have Dash II project – now it was about development work aimed at creating prototypes and serial samples. The direct development of the rocket was entrusted to Ford Aerospace (in 1990 it became part of the Loral Corporation as Loral Aeronutronic).

The development of the project took several years, and in 1992-93. the project was brought to the stage of flight tests. According to some sources, by this time the final appearance of the future rocket was formed. According to other sources, Have Dash II was taken for testing in a different configuration, and then the rocket had to undergo a new revision. 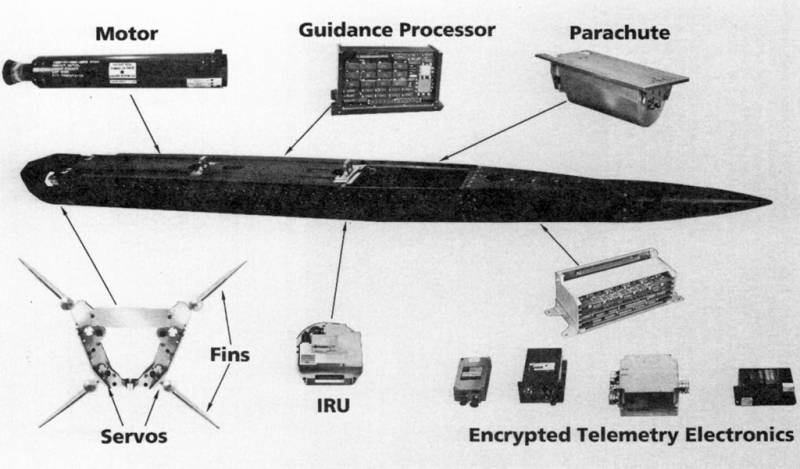 It is known that the development company produced only a few prototypes, no more than 3-5 units. All of them were used in flight tests. After the test launches, it was decided to close the project. Accordingly, the development and production did not continue, the rocket did not enter service, and the Air Force did not receive a fundamentally new weapon.

The main task of the Have Dash projects was the maximum reduction in radar signature, which affected the appearance and design of the finished missile. During the development, some stealth technologies were used, borrowed from the “big” aviation. We also applied some new solutions.

Have Dash II was a rocket approx. 3.6 m weighing up to 180 kg. It was supposed to provide a flight speed of up to 4M, a range of about 50 km and maneuvering with an overload of up to 50. Due to specific requirements, the rocket had a characteristic appearance and a special design.

It was proposed to use a case of large elongation of an unusual shape. The pointed nose fairing had a circular cross-section, and behind it the body took on a faceted shape. Due to this, the bottom formed a plane that forms a lifting force. In the tail there were four folding rudders. The body, with the exception of the fairing, was made of a composite based on graphite that absorbs radio waves. The fairing was made radio-transparent.

The radar visibility decreased due to the absorption of part of the radiation by the composite and the re-reflection of the remaining energy in different directions. The rocket was proposed to be suspended under the carrier with a flat bottom up. At the same time, a conformal suspension was provided without large gaps and slots unmasking the aircraft. 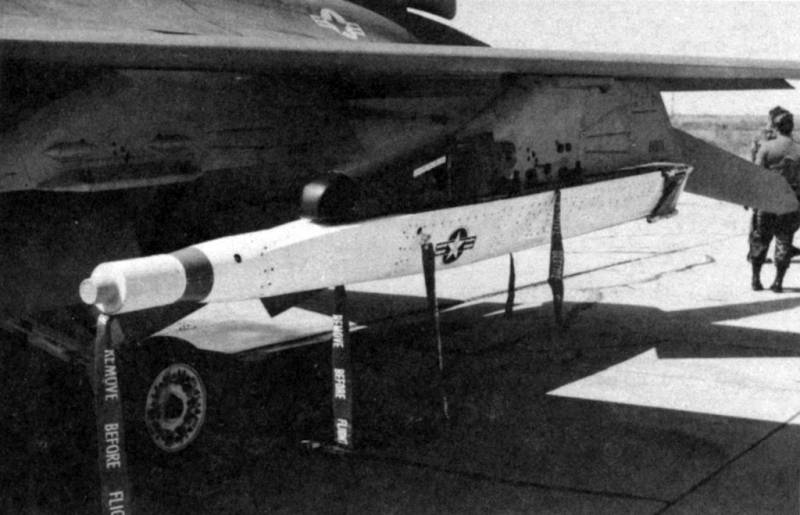 A two-component seeker was developed for the rocket, which included active radar and infrared components. An autopilot with an inertial navigation system was also used. The INS was supposed to provide access to a given area, after which the GOS began to search for the target. Apparently, the operating modes of the seeker were determined taking into account the reduction of radiation and unmasking.

The serial rocket could receive a solid-propellant starting and ramjet sustainer engines. The air intakes of the latter were placed in the bow of the hull, behind the fairing. The ramjet engine was located in the tail section; part of the internal volume of the rocket was given for fuel.

According to known data, Have Dash II was supposed to carry a high-explosive fragmentation warhead weighing no more than several tens of kilograms. A non-contact fuse of a radar or laser type was required.

For testing, missiles of a special design were made. Instead of a standard ramjet engine, they received a serial Rocketdyne ML 58 Mod. 5 from the AIM-7 Sparrow missile, which limited flight performance. Instead of the GOS and the warhead, control and recording equipment was present on board. They also provided a parachute for a safe return to the ground at the end of the flight.

In 1992-93. Experienced Have Dash II missiles have been tested using serial fourth-generation fighters. How far the project had advanced by this time, and how soon it would have been possible to create a full-fledged military weapon is unknown. However, after flight tests, the project was closed. However, the shutdown of the program was not followed by the publication of detailed data. 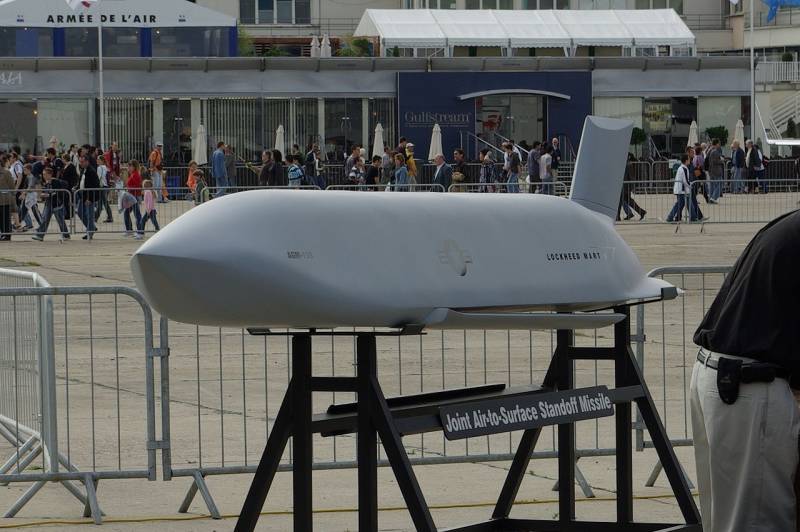 The AGM-158 missile is an example of a modern approach to stealth technology in the ASP. Photo Wikimedia Commons

The official reasons for the closure of the project are still unknown. However, the known data make it possible to understand why the Air Force decided to abandon the promising missile. The Have Dash II product turned out to be too complex and expensive, and its characteristic features did not provide any real advantages over serial or developed weapons.

It was proposed to build the rocket in an unusual graphite casing and equip a ramjet engine uncharacteristic for tactical ASPs. The new combined seeker also did not simplify the project. Apparently, a product with such components would be more expensive and more complicated than any other air-to-air missiles, incl. developed.

The need for a stealth missile for a fighter was called into question. Research has shown that a stealth aircraft is quite capable of effectively using “conventional” air-to-air missiles. The enemy’s ability to detect them at significant distances did not have a decisive influence on the effectiveness of combat work. The idea of ​​a conformal suspension didn’t make much sense either. Newer fighters, such as the XF-22, received internal cargo bays to hide weapons.

Thus, the expected gain in combat performance could not justify the high complexity and cost. In addition, doubts arose about the very need for such a weapon. All this led to a natural ending. The Have Dash II program was abandoned for lack of prospects. However, the program left behind a number of new technologies and developments. Judging by the preservation of the secrecy regime, these results were not wasted and found application in new projects. In particular, a number of modern American-designed ASPs have a characteristic exterior that indicates the use of stealth technologies.