In modern armies, great attention is paid to the survival of personnel. Work on the creation of new body armor and protective materials is ongoing in the world. One of the most promising Russian materials was “Super Thread”, about which the Russian press first began to actively write in January 2021.

Developers of individual combat equipment are well aware that the characteristics of personal body armor largely depend on the specific weight of the materials used in the production. In the process of development, the military industry switched from steel with a specific gravity of 8 g / cm3, first to titanium – 4.5 g / cm3, then to aluminum – 2.7 g / cm3, and later on to polymer composite materials with indicators of 1.5 -2 g / cm3, the official newspaper of the RF Ministry of Defense “Krasnaya Zvezda” reports.

Already in this century, progress has gone even further. On the basis of polyethylene fibers with a specific gravity of only 0.97 g / cm3, it was possible to obtain composite materials of such strength that it made it possible to produce body armor, protective helmets and protection elements for armored vehicles. We are talking about ultra-high molecular weight fibers. Helmets made from them weighed only 0.8 kg, their production was first deployed in the USA and Germany. Thanks to the efforts of Russian engineers and scientists, similar technologies have appeared in our country.

What is “Super Thread”

“Super thread” is a promising Russian material with high protective properties. Its production can be deployed directly in Russia and used in the manufacture of body armor, as well as other personal protective equipment for military personnel. This unusual name hides an especially light ultra-high molecular weight polyethylene fiber (UHMWPE). The new substance was created by Russian chemists from the Research Institute of Synthetic Fiber in Tver.

The specific strength of the new material is 350 gf / tex (an indicator of the relative breaking load). This is almost 1.5 times higher than the performance of the currently best Kevlar aramid fibers. According to Evgeny Kharchenko, Chief Designer for Protection Systems for Military Equipment and General Director of Armokom, it was possible to develop a composite composition based on new fibers only in 2020.

According to the specialist, the difficulty was that due to the almost zero coefficient of friction, along with high electrification, it was not possible to process new fibers using traditional weaving methods into an efficient fabric. Another problem was finding a suitable polymer binder in order to glue the UHMWPE fibers into a monolithic composite. The problem was that the adhesion of the new material was close to zero.

The listed difficulties caused the creation of a composite based on a new fiber from Tver chemists only in 2020. The composite based on “Supernity” was the result of the joint work of engineers of the “Armocom” company and the Central Research Institute of Special Machine Building (Khotkovo). Russian experts not only selected the required composition of the composite based on the new fiber, but also developed effective technologies for molding flat and curved Supernitis products.

Thanks to the efforts of domestic chemists and engineers working with composites, a composite material, unique in its capabilities and efficiency, has appeared in the country. It has high ballistic and structural properties. More importantly, the material can be brought to the stage of practical application by the forces of Russian industrial enterprises. In the future, it will be able to compete with foreign counterparts, in some way surpassing them already now.

What is known about the protective properties of the new material

The materials published by the “Armocom” company give an idea of ​​the protective properties of the new composite. With a significantly lower density of Russian polyethylene composite, the new material has strength characteristics at the level of the best foreign analogues.

The most important is that the ballistic properties of “Superniti” are not only 40 percent superior to aramid composites based on Kevlar fabric, but also significantly higher than foreign UHMWPE composites. “Armocom” notes that the achievement of the best characteristics of the new protective material can be associated with the applied unconventional winding-compressor technology. 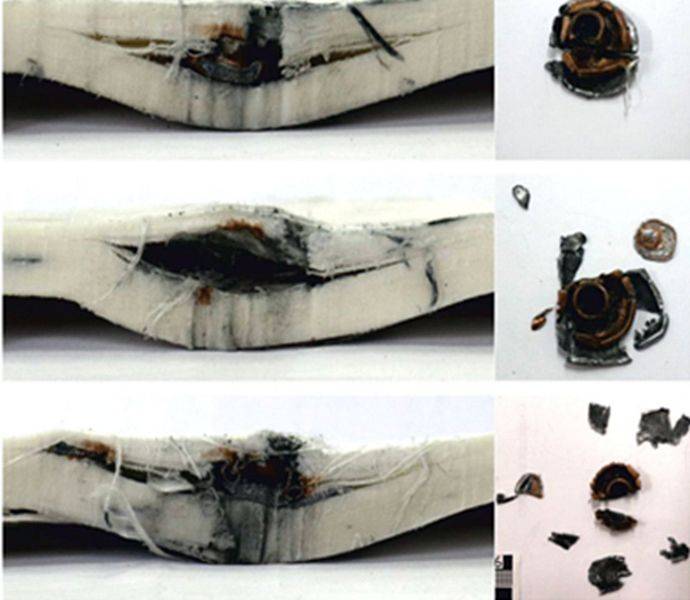 In terms of specific gravity, the new Russian substance of the Armokom company corresponds to the Israeli UDHMWPE (UniDirectional). UniDirectional is Israel’s state-of-the-art composite ballistic protection material. Both Russian and Israeli developments have the same specific gravity – 0.98 g / cm3. At the same time, the tensile strength of the Russian substance is 950 MPa, the Israeli one – about 900 MPa. The anti-splinter resistance of “Superniti” V50 is 670 m / s, the Israeli UD composite is 630 m / s. Fragment resistance V50 tells us about the speed at which a fragment simulator meets a protective element, at which its non-penetration is ensured with a probability of 0.5.

It should be noted that the widespread American aramid organoplastic of the Kevlar type is significantly inferior to the listed UHMWPE. So, its specific gravity reaches 1.25 g / cm3, tensile strength – 800 MPa, fragmentation resistance V50 – 480 m / s. All the listed characteristics are given by the Armokom company for armored materials with an areal density of reinforcement of 4 kg / m2.

In addition to good protection against shrapnel, the new Russian composite material will have the ability to stop automatic bullets. The Armokom company notes that if, traditionally, to protect against automatic ammunition, it was necessary to combine superhard ceramic plates with a specific weight of about 3 g / cm3 on the front side of the protection with organoplastic on the back of the armor elements, then the new material will make it possible to do without relatively thin ceramics …

The company notes that the developed polyethylene composite has the ability to stop many modern acute-angled bullets without the additional use of ceramics. In “Armocom” they emphasize that the hole pierced by the bullet is self-tightening, squeezing the bullet from all sides. Or the new composite acts as an instant hardening compound that simply crushes the shell, and sometimes the bullet core itself.

An important advantage and advantage of all UHMWPE fibers, in contrast to most existing composite materials, is that they have positive buoyancy. This feature of the material makes it possible to produce bulletproof vests that are effective even when overcoming water obstacles. Such protective equipment will be very useful in the equipment of marines and sailors. The developer of the Israeli UHMWPE fiber UD-UniDirectional also emphasized that the material has zero water absorption.

What opportunities does the use of Russian UHMWPE offer

Already, on the basis of the newest UHMWPE fibers created, domestic specialists have produced various composite armor elements designed to protect the vital organs of military personnel from enemy hand-held firearms, as well as legs from the impact of fragments. Unlike all foreign counterparts, Russian armor protection elements were first produced by the winding method. 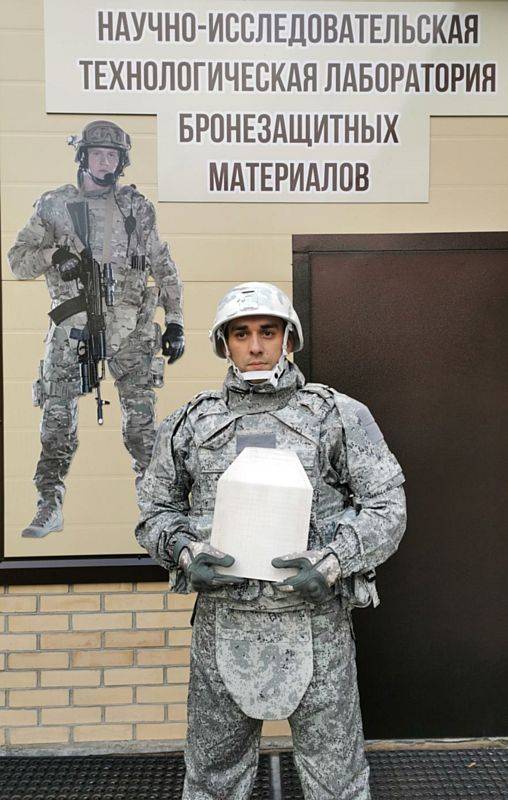 In the future, the new Russian UHMWPE fiber, which has received the symbol “Super thread”, can be used in the manufacture of protective elements for a new generation of combat equipment “Ratnik” or a completely new set of equipment under a different name.

The first protective elements, which can become the basis for new military equipment for military personnel, have already been made in the “Armokom” company. In particular, a helmet and a chest panel of a body armor were made using UHMWPE composite. According to the engineer Yuri Danilin, who tested the manufactured kit, the new product significantly differs for the better in terms of ergonomics and weight from the Ratnik kit, with which he also had to deal earlier.

An important achievement for the Russian defense industry was that the country was able to produce a new class of protective products based on materials that are 20-35 percent superior to the widespread Kevlar-type aramid organoplastics in the world. The process of import substitution is also being implemented, when a significant part or all volumes of UHMWPE can be produced in Russia. Up to this point, such materials were purchased by our country abroad. Another positive point directly follows from the previous one – Russian materials are half the price of foreign counterparts.