Despite the fact that before that the creation of “Zircon” was not only not hidden, but also officially declared (including the first person of the state), many in the Russian Federation and abroad considered these statements “advertising” and technically unrealistic.

In the report of the Chief of the General Staff, General of the Army Gerasimov, to the President of the country (on his birthday), for the first time, real numbers and test parameters were sounded. Despite the fact that the shooting was carried out far from the maximum range, these figures have already shaken the foundations of naval tactics, operational art and strategy of war in the seaside theater of operations. 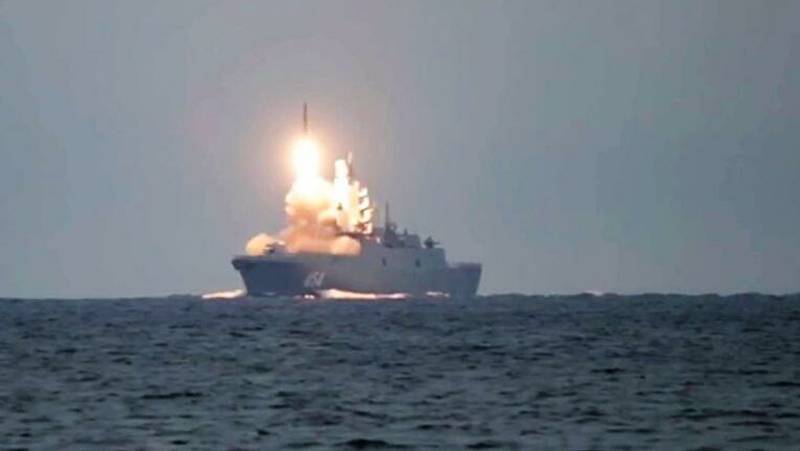 At the same time, it is necessary to objectively understand (the experience of developing previous anti-ship missiles, especially Granit, Vulcan and Meteorite, speaks of this clearly) that there is still work and work until the victorious finish, and it is extremely unlikely that this will fit into 10 declared tests and acceptance into service in 2022.

Despite the very large success, the victory of the developers in the tests on October 6, the development of such a super-complex technical system as a hypersonic anti-ship missile system will require a lot of time, resources, nerves (the fact that not everything will be obtained at once is inevitable and normal in such a case).

At the same time, certain conclusions can be drawn already today.

Almost unnoticed was the statement during the Army-2020 forum by the chief of the air defense of the ground forces about the destruction of the Antey air defense missile system of the “hypersonic target”. Despite the fact that the target type was not named, as they say, its options are very few. And this is, of course, no less success than yesterday’s tests of “Zircon”.

The fact that hypersonic targets (missiles) can be shot down by tactical air defense systems has been convincingly confirmed in practice. With a significant clarification: the domestic air defense system, in which the great potential of the missile defense system was originally laid, and the air defense missile system developed by the Novator design bureau.

For the so-called partners, things are much worse. And the key problem here is the small size of the cell of vertical launch units (VLT), which do not provide for the placement of missile interceptors with the required parameters for reliable destruction of hypersonic targets. 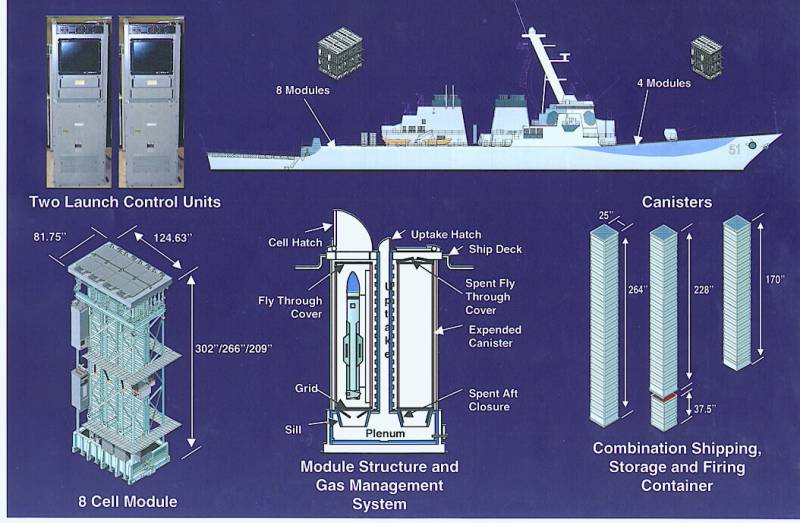 Knockdown. They can make an interceptor missile with the necessary performance characteristics, but it will not fit into the Mk.41 launcher. Ideally, they need to replace all their ships, which is obviously impossible.

Is it possible to defeat the “Zircon” SAM SM-6 “standard” SAM “Aegis” US Navy ships? Yes, it is possible, but with a very low probability and great restrictions on the parameter (and, accordingly, the ability to cover other ships of the order, primarily aircraft carriers). This is for a single anti-ship missile, but it is already obvious that the Zircon salvo can confidently break through any air defense system of the US Navy’s aircraft carrier group. In the short and medium term, Zircon simply will not have an opponent who could reliably intercept it.

However, everything is much more complicated.

First. The factor of electronic warfare (EW) remains extremely acute, especially taking into account the wide distribution of fired traps (active EW stations) abroad. It is pertinent to note that such funds, despite the extreme need for them, are not available in the Russian Navy. Initiative industries did not arouse the interest of the relevant structures of the Navy.

Second… The very high speed of the Zircon imposes objective physical limitations on the capabilities of its homing head (GOS).

The complexity of the problem is evidenced by the example of the still Soviet anti-ship missile Kh-22, which had a very high speed at altitude (“echelon”), but when diving towards the target it dropped speed in order to preserve the possibility of the seeker in dense layers of the atmosphere through a heated fairing. In this area, she could be amazed not only by the Aegis air defense system, but also by the older Tartars.

Taking into account the very high speed and kinetic energy of the Zircon, it seems unlikely that its speed will decrease to low M numbers in the target area; accordingly, the operation of the seeker under plasma formation conditions is inevitable, which imposes severe restrictions on its characteristics (primarily, the capture range and swath) …

Third. All this sets very high requirements for target designation accuracy, much more stringent than for the previous anti-ship missiles of the Navy. At the same time, it is necessary to objectively understand that target designation issues have always been a problem for the Russian Navy (and the USSR) and have not always been successfully resolved.

This is at a tactical level.

However, there is also an operational one.

The obvious reaction of the enemy to the “Zircon” is to exclude the rapprochement of their valuable targets with its carriers within the range of anti-ship missiles. And here he has a lot of opportunities. The key factor is a powerful aviation component, incl. carrier-based aviation. Those. “Zircon” does not “bury the aircraft carrier” (as a number of our media outlets began to write joyfully), it sharply increases its value and significance for our opponents – as a means of keeping distance and control over the situation to destroy the carriers of “Zircon” (both surface and submarine ) at a safe distance for yourself.

And here the question arises: what about our naval aviation? And it is actually crushed.

The naval missile carrier (MRA) has been completely destroyed, its last remnants as part of long-range aviation (DA) are practically not involved in work as part of interspecific groupings with the Navy against enemy ship formations. 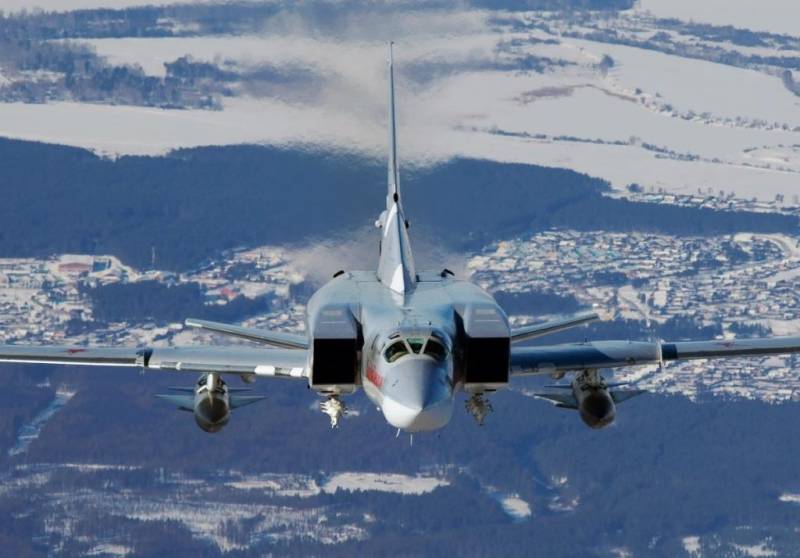 These are Aerospace Forces aircraft, they will not be engaged in naval missions.

There are several dozen Tu-22M3 left, they are not part of the naval aviation, their crews do not work out naval missions, they do not have modern missile weapons for strikes against surface targets (Onyx). For naval tasks, these machines de facto do not exist.

The advertised Kh-32 is not mass-produced, it has a lot of fatal flaws, and in the presence of the Onyx and Zircon missiles, its existence makes no sense.

Here are just “Onyx” in aviation, too.

Despite the presence of this outstanding missile and its aviation version in the Indian Navy (“Brahmos”), the naval aviation “registered” only light anti-ship missiles with a short range and a warhead such as the Kh-35 and Kh-31.

The Soviet experience has been completely forgotten: despite the large number of ship personnel of the USSR Navy, the total salvo of the MRA and DA was approximately 2 times higher than the total salvo of the ship’s personnel in the operational anti-ship missiles (ASM ON). At the end of the 80s of the last century (the peak of the power of the Navy), these figures were approximately 1300 anti-ship missiles ON from aircraft carriers and 600 anti-ship missiles ON from ship carriers (surface ships and submarines). Placing 2/3 of the Navy’s strike potential on carriers with excellent operational maneuverability made it possible to massage the strike power in the main direction. From the “Sea Collection”: “While providing refueling in the air, the transfer from the north to the Pacific Fleet of the MRA division (40-60 Tu-22M) along the northern route took 42-45 hours.”

A comparison involuntarily comes to mind with the transition to Tsushima of Rozhdestvensky’s squadron.

The frigate of project 22350 and the APKR of project 885M can theoretically be as good as you like, but they cannot fly through the air, and for enemy aircraft they are targets at the level of only the necessary order of forces to defeat them.

“Ash” has a powerful salvo, but it cannot be quickly thrown where necessary, and it is very difficult to use in conditions of enemy domination at sea

Yes, you can load 32 Onyx or Zircon on the 885 project. But a regiment (24 aircraft) of the same Su-34 can lift 48 Onyx / Zircons (and 72 in the reloading shock version for a shorter range). This assumption of the author was confirmed by the chief designer of the Su-34, Martirosov R.G. The high operational maneuverability and long range of the Su-34 makes it extremely difficult to organize the air defense of naval formations (especially if the Su-34 interact with the stealthy Su-57). 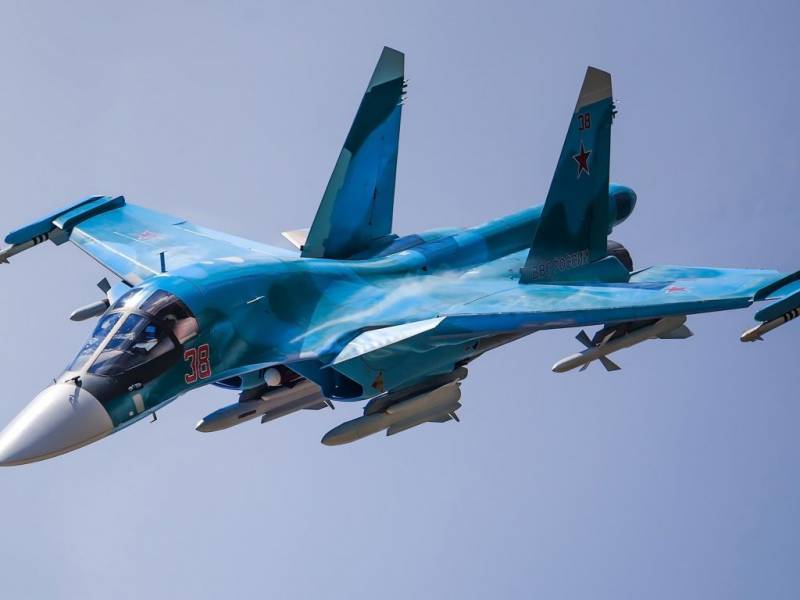 Su-34, with proper modernization, will fully comply with the requirements for the base strike aircraft of naval aviation and will be able to use the Zircon anti-ship missile system.

It is the ignorance of the aviation factor in the development of the Zircon that causes a feeling of bitterness and great fear for the real combat effectiveness of this anti-ship missile system. The aviation group, which is essentially a reconnaissance and strike complex, allows for both reconnaissance and high-precision target designation for the most effective use of the Zircon. And it is the planes that should be their main carriers, the main striking force of the Navy.

Do ships need Zircons? Yes, they will be extremely useful. Even a limited number of anti-ship missiles, randomly distributed on carriers with the UKSK, becomes a very serious problem for the enemy. A problem that he cannot ignore both in peacetime and in a crisis situation (especially taking into account the very effective tactical reception of ships “weapon tracking”), and even more so in a war.

But the priority in terms of efficiency still remains with the aircraft.

Despite the great success (of tests), the development of the Zircon will not be objectively completed within the specified time frame (2022), and in this situation, it seems highly advisable to supplement the TTZ and the state contract for the accelerated development of the aviation option.

The mistake of not receiving the Onyx anti-ship missile system by aviation should not be repeated, the Zircon should become a weapon of aircraft too.