SMASH 2000 scopes are ready for mounting on a weapon. Photo by Smart Shooter Ltd.

Several years ago, the Israeli company Smart Shooter Ltd. (Kibbutz Yagur) brought to the market an original development – the “smart sight” SMASH. Later, on the basis of new technologies, several similar products were developed with various capabilities. The sight with the function of automatic calculation of corrections for shooting expectedly attracted the attention of the armies, and some of them even adopted it.

The SMASH scope almost immediately attracted the attention of the Israel Defense Forces. The ground forces ordered the revision of the original project in order to better match the products to their needs. This work was entrusted to Smart Shooter and the Department of Research and Development of the Ministry of Defense.

The process of revision, testing and refinement lasted about a year and ended in success. In March 2018, it became known that the IDF was adopting the modified SMASH 2000 sight and ordering its serial production. It was reported about an order for 2,250 new scopes with delivery until 2020. At the time of publication of such news, the delivery of the first batch of 250 products intended for the 84th Givati ​​motorized infantry brigade was expected. 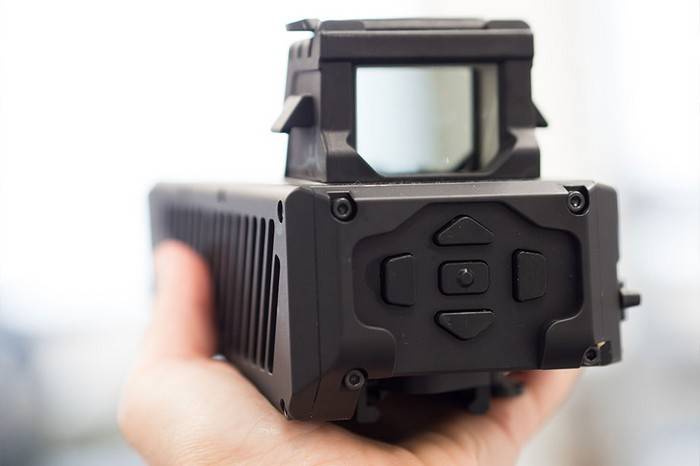 “Smart sight”, view from the shooter’s side. Photo by Smart Shooter Ltd.

In the future, it was planned to re-equip other formations of the ground forces in need of modern small arms with effective sighting equipment. The order for 2,250 sights made it possible to re-equip a significant part of the infantry units, but not the entire army.

By now, Smart Shooter Ltd. was supposed to complete the execution of the contract from 2018. Whether it was possible to produce the necessary “smart sights” in the specified time frame is unknown. There is also no information about the intentions of the IDF to order new batches of SMASH to re-equip new units and units. At the same time, in the past, it was repeatedly said about the high results obtained with the help of new sights.

In 2018, it was reported that the development company was looking for new customers for its sights among foreign armies. The leading NATO countries were of particular interest to her. It soon became known that the SMASH sights had attracted the attention of the Pentagon. In 2019, testing of such equipment began in the interests of the ground forces, the marines and the air force. 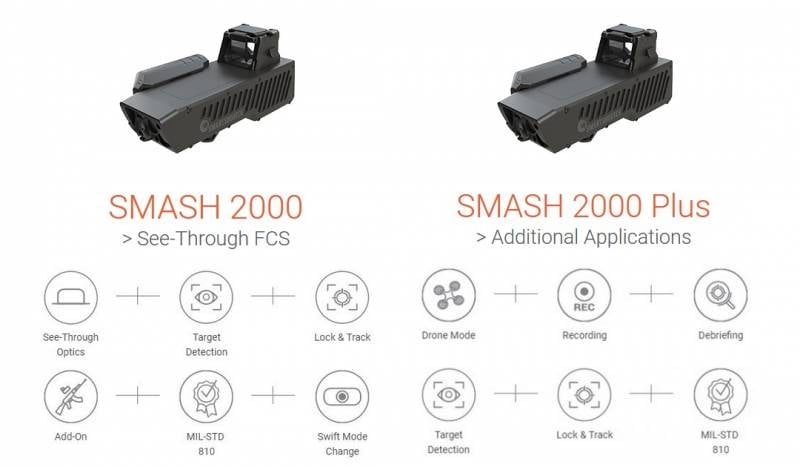 In 2019-20. The US Department of Defense has reported on several occasions that it has conducted test firing with the Israeli SMASH 2000 and SMASH 2000 Plus smart scopes. Such events were held both at American proving grounds and abroad. In particular, it is known about the shooting in the controlled part of Syria. In general, the scopes proved their potential and received good marks.

In June last year, the Pentagon decided to purchase and adopt SMASH 2000 products. The volume and value of the contract, as well as the specifics of production and delivery times were not specified. However, the army has revealed its plans to use the new equipment.

During the tests, it was noted that standard small arms with a new sight are planned to be used, first of all, to combat small-sized unmanned aerial vehicles. Such targets are particularly difficult, and the “smart sight” is able to take on the most difficult calculations and dramatically increase the effectiveness of fire. Accordingly, the shooters are able to effectively resist the typical threats of the present time.

Sights for the fleet

Israeli SMASH sights were tested in India last year. The naval forces, planning to re-equip their special forces, showed interest in such products. According to the test results, “smart sights” were recognized as suitable for adoption. In early December, the Indian Navy and Smart Shooter signed a contract. 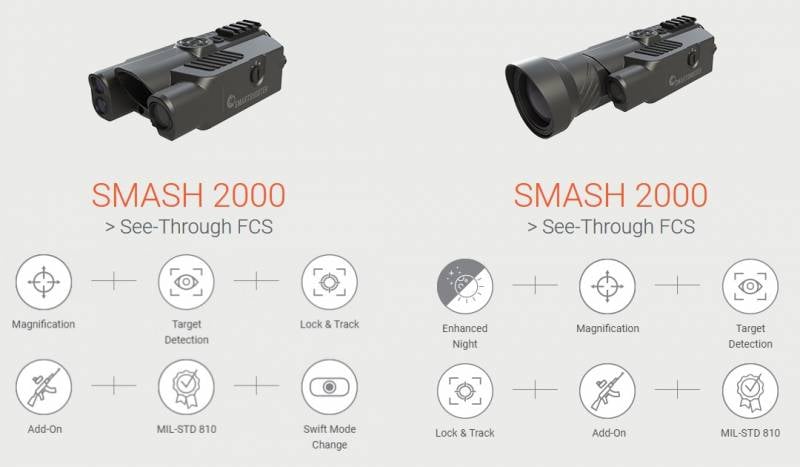 Indian Navy Special Forces will receive an unnamed number of SMASH 2000 Plus scopes for use with AK-103 assault rifles. As far as we know, this is the first attempt at mass integration of Israeli scopes and Russian-designed assault rifles. Apparently, the software of the sights will be modified taking into account different ballistics.

In the case of India, we are talking only about the rearmament of naval special forces. Perhaps, in the wake of these events, special forces from other branches of the military will show interest in SMASH. At the same time, there is no talk of the mass introduction of “smart sights” throughout the army.

On the eve of the contract

In October 2020, the Dutch Ministry of Defense announced the testing of the SMASH series sights. These events were attended by soldiers of the ground forces, marines, navy, air force and special operations forces. For the first time, the servicemen got acquainted with the Israeli development and immediately got the opportunity to test it at the test site. The shooting was carried out at targets and small-sized UAVs. 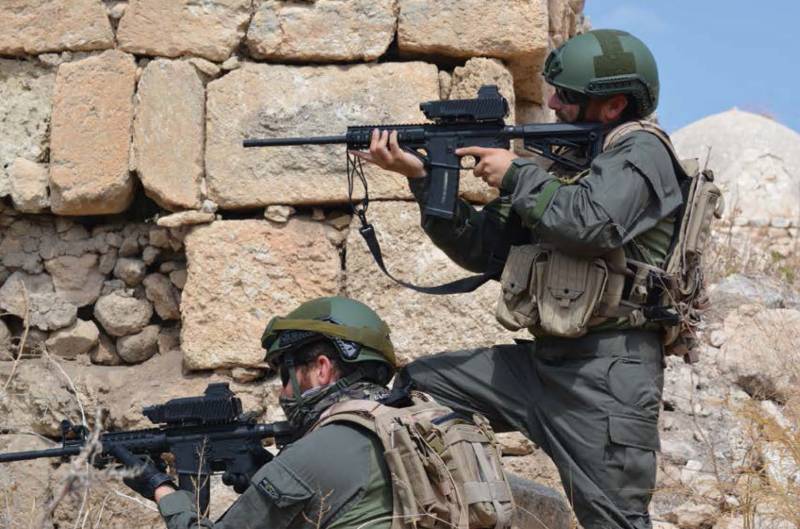 IDF fighters use weapons with “smart sights”. Photo by the Israeli Ministry of Defense

The sights confirmed the high performance and ensured the destruction of all targets, and the lack of experience among the shooters did not prevent this. SMASH products received a good assessment, and now the Ministry of Defense is deciding the issue of adopting such products for service. The supply contract may appear in the very near future.

Also in October, Smart Shooter signed a memorandum of cooperation with the Brazilian company Opto S&D. According to the document, the two organizations will study the needs of the Brazilian army and security forces, and then come out with a commercial proposal. Accordingly, the next tests may begin in the near future – with understandable results.

Israeli-designed “smart sights” enjoy a certain popularity among various customers. They have already been supplied by the IDF, and the successful search for foreign customers continues. The most important prerequisite for such results is the technical features of the project. SMASH sights have original ideas that have a positive effect on the effectiveness of fire – and attract customers. 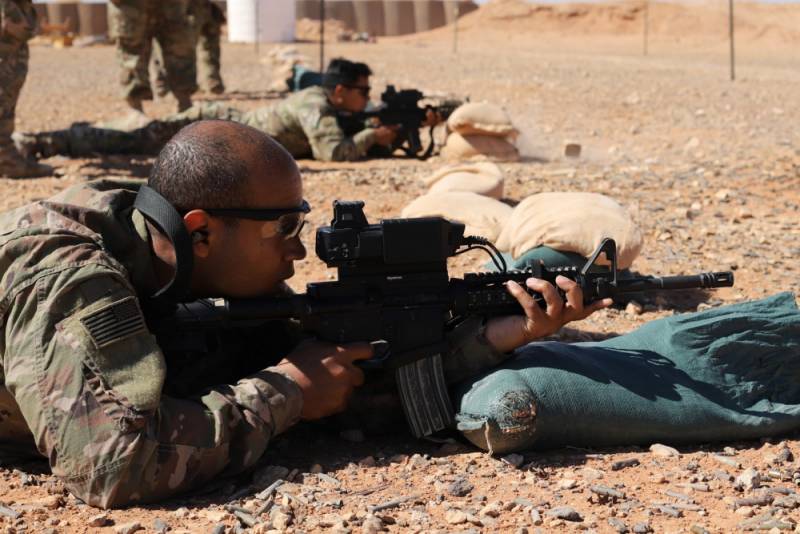 The SMASH product is not just a sight, but a complete fire control system for personal infantry weapons. Such a sight is made in the form of a large (in comparison with other sights) box, on the upper part of which there is a collimator. The sight is mounted on standard strips and is capable of autonomous operation for 72 hours without recharging. Product weight – up to 1.5 kg.

A video camera and a laser rangefinder for observing and tracking a target are located in the front end of the body. The rear end is designed like a remote control with buttons. To improve the accuracy of the fire, the shooter must aim the reticle at the target and turn on the tracking. In this case, the sight “remembers” the selected object, determines the distance to it and calculates the corrections for shooting, outputting the data to the collimator. This method of aiming significantly increases accuracy and accuracy.

Another factor influencing sales is the availability of multiple products with different functions. A “simple” collimator sight with a computing unit, a system with advanced communication and integration functions, products based on an optical sight, etc. are offered. All of them have obvious advantages and can find their customers. 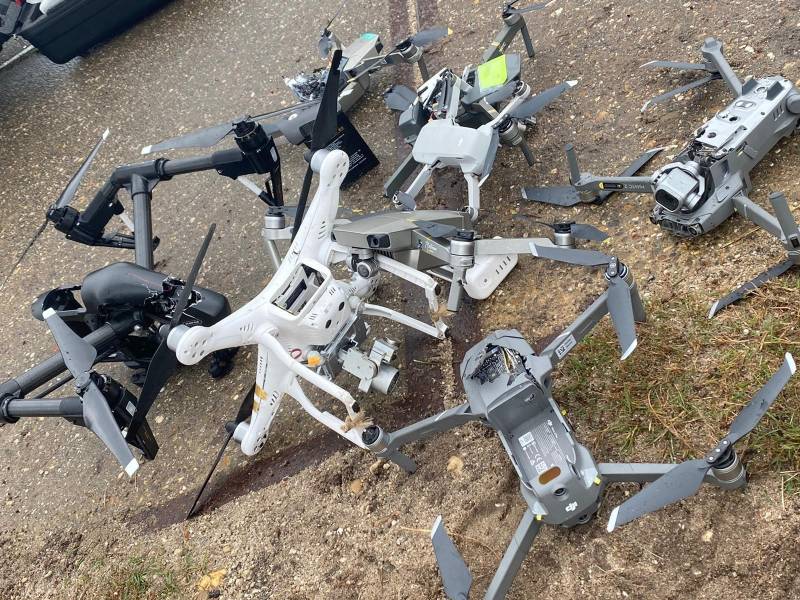 Target drones after testing in the Netherlands, October 2020

However, the main factor affecting the popularity of SMASH scopes is the lack of alternatives. There are no similar developments with similar characteristics on the market. The Smart Shooter company noted in 2018 that it will take at least 3-5 years to create analogs – these terms are suitable only now.

Thus, Smart Shooter Ltd. entered the market with a unique development and immediately became a monopolist. This state of affairs continues to this day and helps to receive new orders. Three countries have already wished to receive serial sights, another is preparing to sign a contract, and the other will receive an offer in the near future.

The interest of the armies in the subject of “smart sights” is obvious. Apparently, he did not go unnoticed, and other manufacturers of sighting systems are already developing their answers to Israeli SMASH products. How soon they will appear and what market share they will take from the existing family is unknown. However, the formation and filling of a new market niche, most likely, is now only a matter of time, and Smart Shooter should prepare for the appearance of a mass of competitors.