Shipbuilding in Russia traditionally has a difficult time: especially in light of the introduction of sanctions by the West and the already familiar coronavirus pandemic. Nevertheless, the country in 2020 was able to boast of a number of major achievements in this area. We are talking (including) about surface ships and submarines.

Transfer of the frigate “Admiral Kasatonov” to the fleet

On July 15, at Severnaya Verf, a solemn ceremony of signing the acceptance certificate of the first serial frigate of Project 22350, Admiral of the Fleet Kasatonov, took place.

Named after Admiral of the Fleet Vladimir Kasatonov and launched in 2014, the ship was commissioned on July 21, 2020. The ceremony of accepting the ship into the fleet and raising the Andreevsky flag on it was held on the roadstead of the Neva. Like the lead frigate of the series (“Admiral of the Fleet of the Soviet Union Gorshkov”), the new ship joined the Northern Fleet of the Russian Navy.

Ships of project 22350 have a displacement (total) of 5400 tons, a length of 135 meters and are capable of a speed of about 30 knots. The crew includes approximately 200 people. 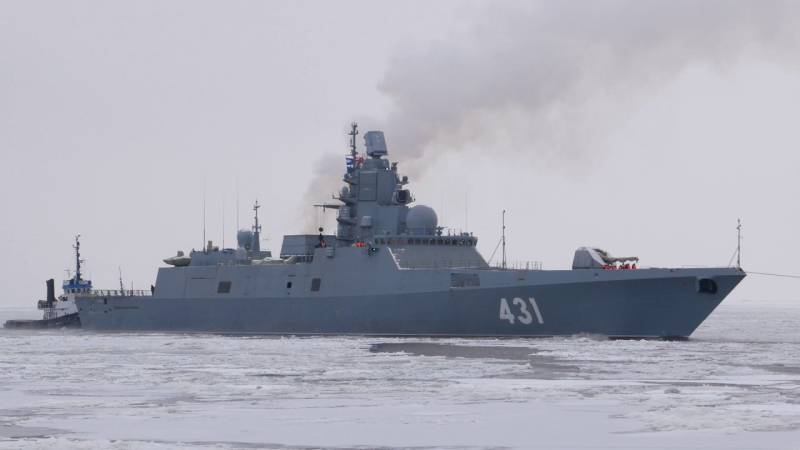 “Admiral Kasatonov” has become one of the largest new ships in the Russian fleet: a total of ten such frigates are planned to be built.

The importance of the program can hardly be overestimated. Especially when you consider that the future of the promising Russian destroyer Leader of Project 23560 is, to put it mildly, vague at the moment. And the old Soviet ships will not be able to operate forever.

From the good news – the possible equipping of this frigate with the newest Zircon hypersonic missile, which will supplement the Caliber and Onyx missiles in the arsenal of Project 22350 frigates. The new product (like these missiles) can be launched from the 3S14 universal shipborne firing system (UKSK).

We also note that in July two more frigates of Project 22350 – Admiral Yumashev and Admiral Spiridonov – were laid down in Russia.

The main (without exaggeration, historical) event for the Russian shipbuilding industry in 2020 was the laying of the first universal amphibious assault ships in Russian history. The first two UDCs of project 23900 – Ivan Rogov and Mitrofan Moskalenko – were laid down on July 20, 2020 at the Zaliv shipyard in Kerch. All major components are expected to be domestically produced.

Russia and the USSR have vast experience in operating various landing ships, but the country has never had real representatives of this subclass. 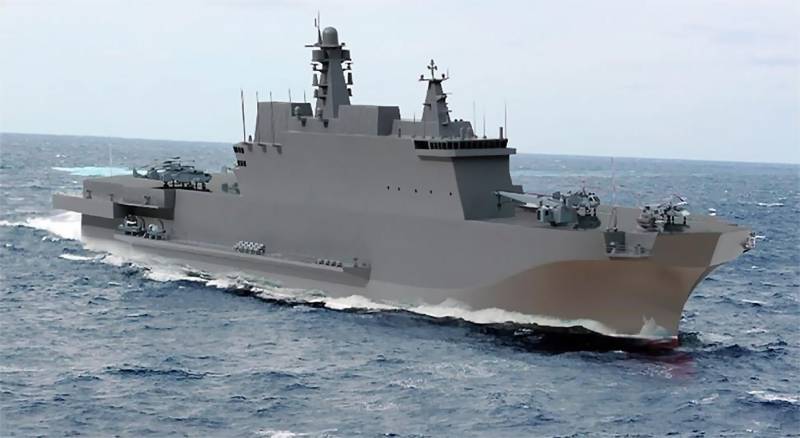 The UDC combines most of the functions required for the landing of the Marine Corps. Russian universal amphibious assault ships of project 23900 of the Ivan Rogov type can be called a conditional analogue of the French Mistrals, which France had previously refused to transfer to the Russian Federation. However, there are serious differences between them. If the displacement (full) of the French ship is 21 thousand tons, then the Russian one – 30 thousand tons.

It is assumed that on board the Russian UDC it will be possible to place up to a thousand marines, up to 75 units of military equipment, up to four landing boats in the dock chamber. The air group will include up to 16 Ka-29 landing helicopters, Ka-27, Ka-31 anti-submarine helicopters (RER), Ka-52K attack helicopters and several drones.

The total cost of the contract is estimated at about 100 billion rubles, which, according to some experts, is twice the price of the Mistrals. However, other experts suggest that the UDC should not be compared.

– Viktor Murakhovsky, editor-in-chief of the magazine Arsenal of the Fatherland, said earlier about this. 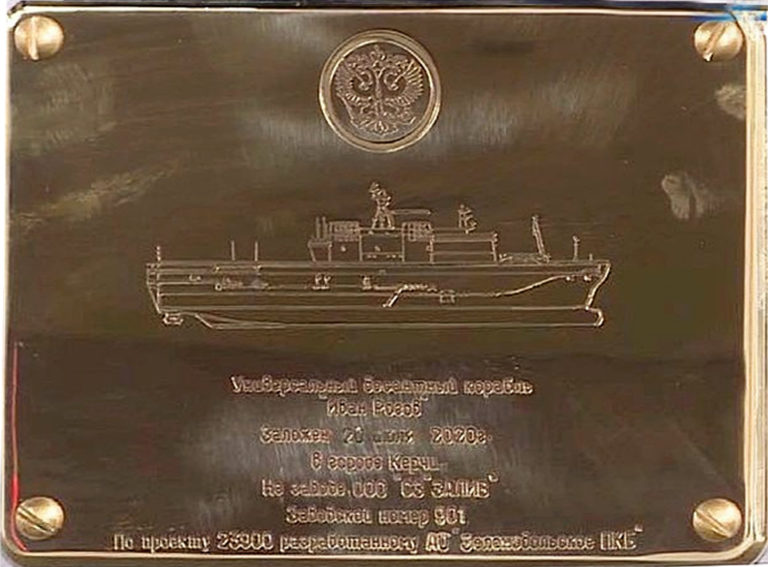 This program involuntarily raises another important question: will the country (even in the distant future) receive not only its first UDCs, but also the first “full-fledged” aircraft carrier.

You can, of course, succumb to all sorts of speculations, but so far one thing is clear: if the country has its own aircraft carrier in the foreseeable future, then its name will be “Admiral Kuznetsov”. Tests of the upgraded ship, according to some reports, should begin in 2022.

This submarine is the fourth (last for today) generation. 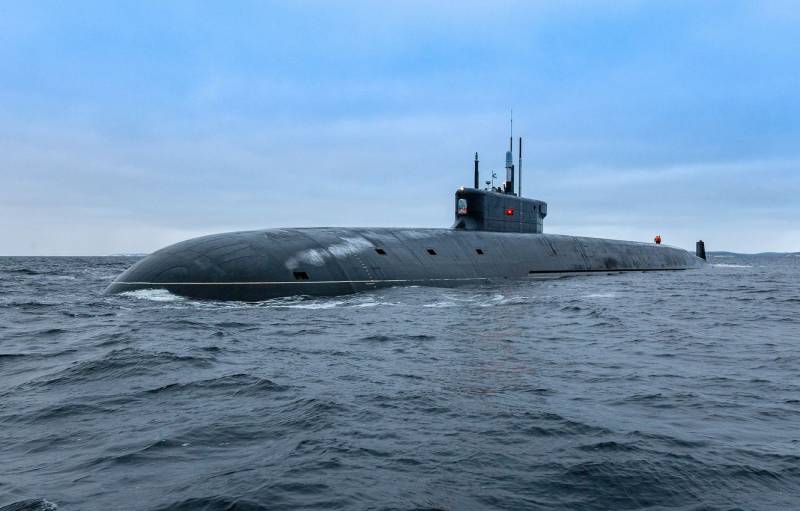 “Prince Vladimir” – the fourth boat of the project 955 “Borey” and the first, executed within the framework of the modernization program and received the designation 955A.

This is potentially the most advanced strategic missile submarine cruiser in Russian history.

According to the data presented in open sources, in comparison with the previously built “Boreas”, the submarine has less noise, better maneuverability, increased ability to hold at depth and a more advanced airborne weapon control system.

In theory, the rearmament of the naval component of the nuclear triad could be carried out more actively. But that’s in theory.

In general, everything is learned by comparison: just look at the pace of construction and testing of the fourth generation multipurpose submarines of Project 885. Now one such ship is in service – the K-560 Severodvinsk submarine. She was included in the Navy back in 2014.

They wanted to transfer the second such (or rather, modernized) submarine (K-561 “Kazan”) to the fleet by the end of 2020. But, as TASS reported with reference to its source in December, now they intend to do this already in 2021.

At the same time, the Navy should receive a third ship – K-573 “Novosibirsk”.

But this year, two more submarines of Project 885M were laid down, which, undoubtedly, can also be considered a landmark moment of the program. 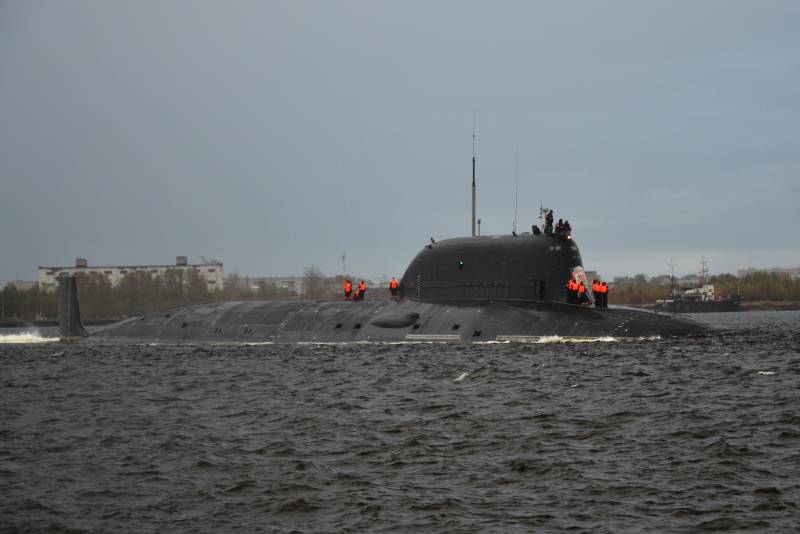 The transfer to the Navy of the nuclear submarine K-329 “Belgorod” of project 09852, which is to become the first carrier of unmanned underwater vehicles of the “Poseidon” type, was postponed to the next year.

In other words, it is the coming year (and not 2020) that may become the year of real rearmament of the Navy with new fourth-generation submarines.

At the same time, the active implementation of the program for the rearmament of the surface forces will continue.