There are planes that need no introduction: the first American stealth is a prime example. He is the F-117. He is the “Night Hawk”, or, as the US Air Force pilots also called the plane, Wobbly Goblin – Lame Goblin (which, of course, is difficult to consider as a compliment). Dry numbers, at first glance, are not very encouraging either. The once extremely ambitious and very expensive program resulted in the construction of 64 cars. At the same time, the aircraft were operated for a very short time (not long by the standards of the US Air Force), from 1983 to 2008. For comparison: the F-15 fighter began to operate in the late 70s, and the car will probably fly for more than one year, and perhaps more than one decade. In this case, I don’t even want to remember about the B-52 strategic bomber, which has every chance of celebrating its centenary in service.

Still, the Nighthawk is an iconic car. Both for the US Air Force and for the entire world aviation. This is the first full-fledged stealth in history and one of the few machines for which the phrase “ahead of its time” is meaningful. The aircraft’s reputation was badly tarnished by the defeat (probably by the C-125 anti-aircraft missile system) F-117 in the area of ​​the village of Budzhanovtsi during the bombing of Yugoslavia in 1999. However, many forget that this is the only confirmed Nighthawk combat loss. Meanwhile, in the Gulf War alone in the 90s, forty of these machines flew more than 1,270 sorties, dropping about 30% of all high-precision weapons used in the conflict (the anti-Saddam coalition aviation was still very actively using unguided aviation ammunition). 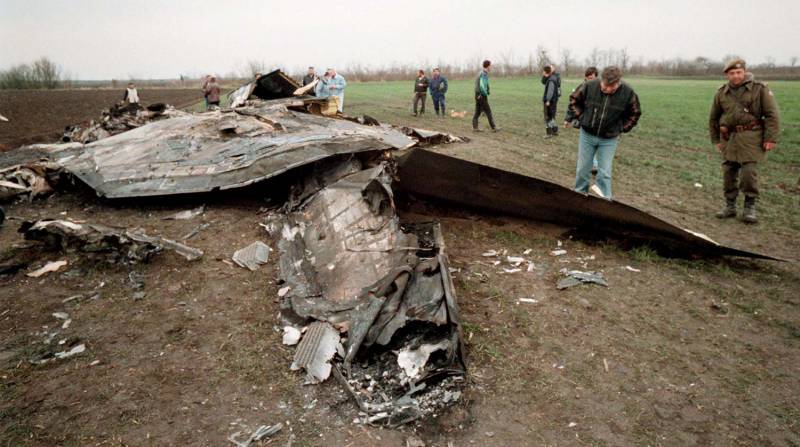 Despite the antipathy on the part of the pilots, this allows us to speak of a high combat potential. At least at the time of the 80s and 90s. The withdrawal of the aircraft from service in 2008 was caused not so much by the shortcomings of the machine as by the adoption of the F-22 fighter.

The latter was not initially created as a drummer: in a broad sense, he was seen as the “heir” of the F-15 fighter. However, in fact, this is a full-fledged strike complex. The combat load of the F-117 could, in particular, include two guided bombs, for example, GBU-10 or GBU-27. The F-22 fighter is also capable of carrying two guided bombs: satellite-guided JDAM ammunition. Having subsequently received the opportunity to use eight GBU-39 Small Diameter Bomb in one flight, the Raptor even surpassed its “colleague” in a sense.

At the same time, the F-22, unlike the Nighthawk, is a highly effective fighter. The latter, due to its design, in principle, cannot be considered as such: the aircraft is subsonic, and its maneuverability leaves much to be desired.

The commissioning of the initially multipurpose F-35, it seemed, should have once and for all close the question of the need for specialized attack tactical aircraft. Actually, this is how it happened (it’s just that not all countries have realized this yet). On the other hand, to everyone’s surprise, the decommissioned F-117s were back in the sky.

Back in 2016, spotter Sammamishman filmed Wobbly Goblin flights over the Tonopah test facility, home to the famous Area 51, a military base that is a remote subdivision of Edwards Air Force Base. According to the materials presented, the Americans flew two F-117 Nighthawk into the sky. 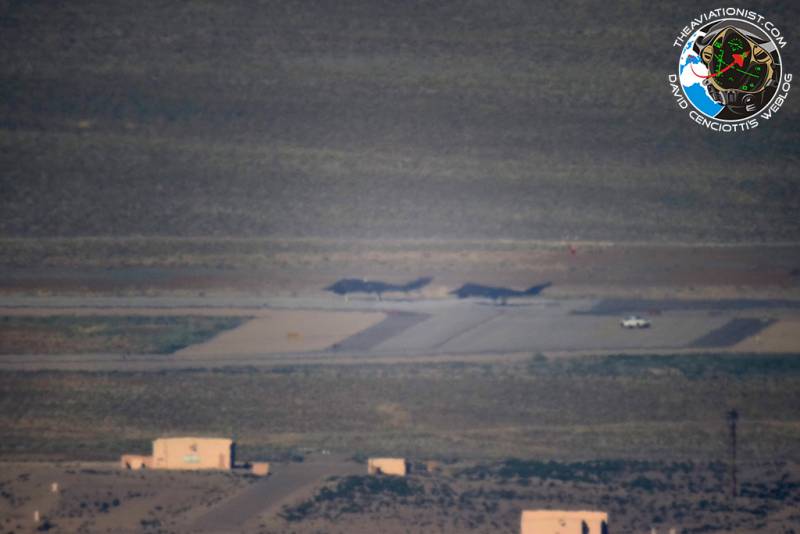 The action was not one-time. Moreover, according to the aviation resource Scramble, which referred to information from the US Air Force, the Americans deployed at least four such machines in the Middle East in an atmosphere of strict secrecy in 2017. They flew over the territory of Iraq and Syria.

The machines were based at an airfield located in one of the Gulf countries, possibly in Saudi Arabia or Qatar. According to reports, in the framework of one of the missions, due to an emergency situation, one aircraft was forced to land at another airfield, where it was noticed.

It can be assumed that the flights in 2016 and the dispatch of aircraft to the Middle East (if, of course, it took place) is part of one action aimed at working out certain weapons systems. However, even after that, the F-117 continued to fly. And on March 18, photographer Toshihiko Shimizu, known on Instagram as pam_st112, took some photos of Nighthawk as it flew over California’s Star Wars Canyon. 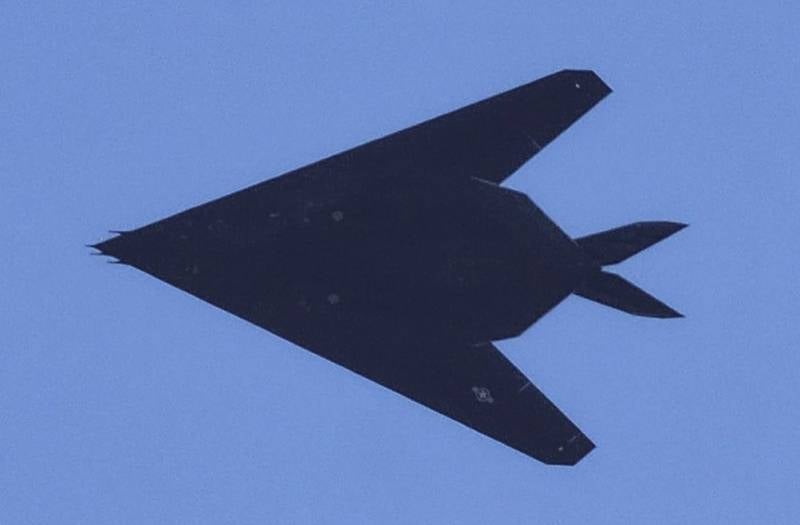 Some of the most notable photos were taken quite recently. The aircraft was photographed at the US Marine Corps base in Miramar. It was a rare occasion to see the “new old” Nighthawk up close. At least in one of the photos. 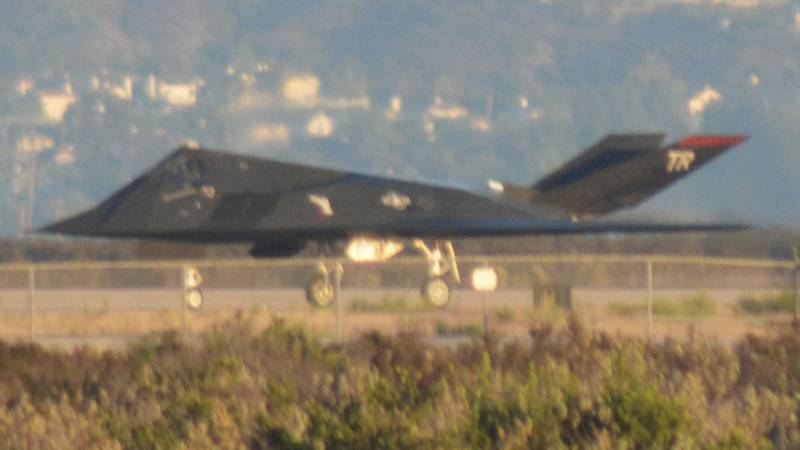 Noteworthy is the exceptionally good condition of the side (judging purely visually). This is a very important aspect, since the condition of the coverage directly affects the degree of radar signature. You can see the “TR” markings on the tail unit, indicating that the vehicle is based at Tonopah Airport. The F-117 had similar markings on the tail earlier, after they were declassified, but before they moved from a remote base in Nevada to Holloman Air Force Base in New Mexico.

The main question can be formulated as follows: why are the Americans continuing to fly the F-117? It can be argued for certain that the United States will not “resurrect” the project as a combat vehicle. The new fifth generation fighters do have “childhood illnesses”, but the situation is not so serious. As we noted above, the F-22 and its successor, the F-35, are much more advanced models. 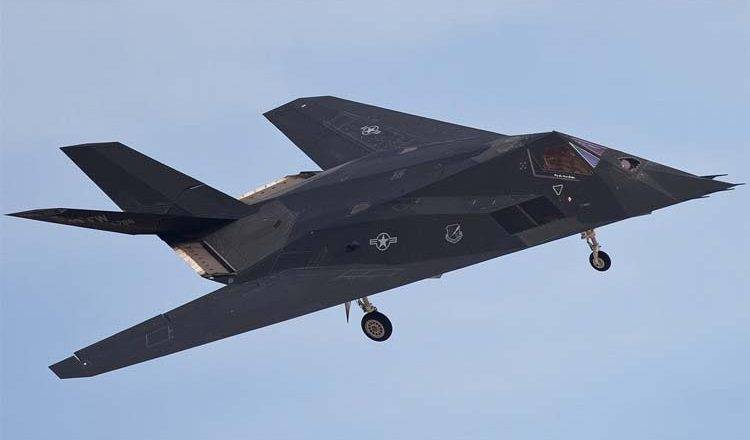 However, the above facts indirectly confirm another version previously expressed by experts. Most likely, some of the decommissioned F-117s have now moved from the concept assessment stage to playing the role of “aggressors” – aircraft that imitate enemy winged vehicles during exercises. It makes sense. The United States is well aware that even if they do not have to meet in the sky with the Russian Su-57 (so far there is no such serial machine, although it will appear soon), sooner or later new Chinese models will make themselves felt.

Now the PRC has only one fifth generation fighter in service – the notorious J-20. However, in the future, it may be joined by a machine made on the basis of the J-31 being tested. In addition, it is obvious that China is very actively working on the concept of the sixth generation. And he really wants to get ahead of Europe and America in this respect.