The emergence of nuclear weapons in the United States and the USSR led to the emergence of the concept of nuclear deterrence. The threat of total annihilation forced the superpowers to be wary of the possibility of a direct armed conflict between them, limiting themselves to “pricks” – recurring incidents involving the armed forces (AF). At the same time, no one canceled the need to solve geopolitical tasks, as a result of which the armed forces of the United States and the USSR were actively used in military conflicts on the territory of third countries.

Types of conflicts in third countries

There can be three types of military conflicts of great powers on the territory of third countries:

1. Direct bilateral participation, when both powers directly send their troops to a third country (s) and support the parties to an internal or interstate conflict.

A vivid example of bilateral (more precisely, trilateral) participation is the Korean War, which ultimately led to the collapse of Korea as a single state and the emergence of North Korea and South Korea, which are still at odds today. This war was attended by Soviet, Chinese and American armed forces. Despite the fact that legally the USSR did not participate in the war and limited itself to air support, the United States clearly understood who was shooting down their pilots. Even the option of delivering nuclear strikes against Soviet military bases was considered. 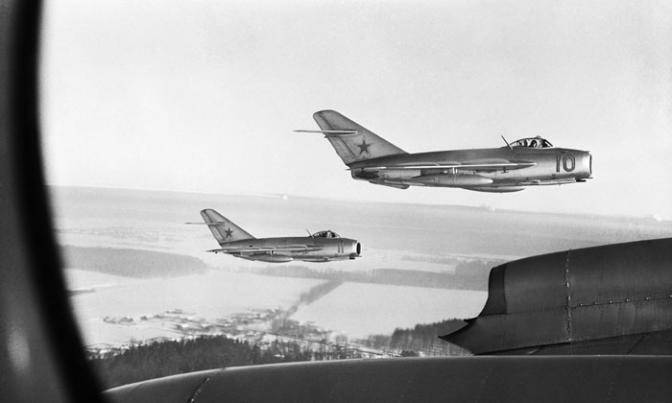 In our time, there is a bilateral conflict in Syria. Of course, there are many more parties in Syria, in addition to the United States with its henchmen and Russia, Turkey, Iran, Israel and, to a lesser extent, other countries of the region are openly participating in it, but it is Russia and the United States that are decisive forces in the conflict.

The main disadvantage of conflicts with the direct participation of two or more great powers on the territory of third countries is the risk of a sudden escalation of the conflict with its subsequent escalation into a global nuclear war.

2. Direct unilateral participation, when only one of the opposing powers openly directs troops, and the second participates in the conflict through an unannounced supply of weapons and other resources, financial and political support, and the dispatch of military advisers and instructors.

The wars in Vietnam and Afghanistan can be cited as examples of direct unilateral conflicts. In Vietnam, the direct invasion was carried out by the US armed forces, and the USSR supported North Vietnam with weapons, military advisers and specialists. Despite the huge forces used by the United States during the war, it was not possible to break North Vietnam, the losses of the US Armed Forces on the ground and in the air were colossal. 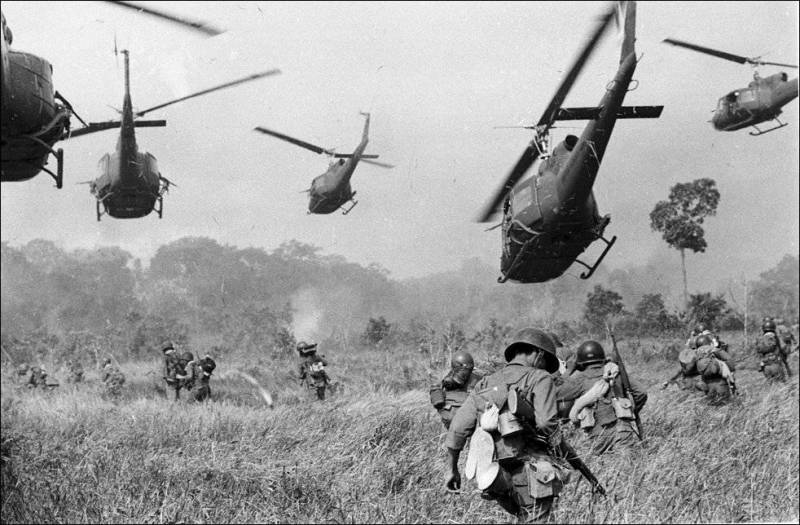 The US armed forces suffered huge losses in Vietnam, but did not achieve a positive result

In Afghanistan, everything turned out exactly the opposite. The direct invasion was carried out by the USSR Armed Forces, and the USA financially, politically, by supplying weapons and sending advisers helped the Afghan mujahideen.

Direct unilateral conflicts have two drawbacks. Firstly, for a side with direct participation there is always a risk of getting bogged down in a war and incurring significant losses that the other side cannot suffer in principle, since it does not massively use its armed forces. Secondly, an ally of a party that has relied on indirect participation must have sufficient competence, a willingness to suffer, have strong leaders and a will to win – without all this, a loss to a strong power will be practically guaranteed.

An essential factor that determines the possibility of successful indirect participation is the geographical factor, which allows or does not allow the defending side to conduct asymmetric irregular hostilities. For example, mountainous and wooded areas provide much more opportunities for high-intensity guerrilla warfare than steppe or desert areas.

Mountainous and wooded terrain, a sufficiently high level of training of the armed forces, in combination with hypothetical support from Russia, could help Yugoslavia repel the invasion of NATO troops

3. Indirect bilateral participation, when both powers are involved in a conflict through an unannounced supply of weapons and other resources, financial and political support, sending military advisers and instructors to the parties to an internal or interstate conflict.

This type of conflict includes wars between Israel and its Arab neighbors – Egypt, Syria, Jordan, Iraq and Algeria. The Americans supported Israel, the USSR supported the Arab countries. In this case, the United States did not initiate conflicts, but without their support, technology and weapons, the Arabs would still have defeated Israel. The invisible confrontation between the United States and the USSR in the Arab-Israeli conflicts can hardly be denied.

As the practice of all wars in the Middle East has shown, the stake on Arab countries in wars with indirect participation is unfounded. Despite the supply of the latest Soviet weapons, the Arab countries lost to Israel over and over again. It can be assumed that if Russia were limited to only indirect support of the Syrian regime, Bashar al-Assad would have shared the fate of Muammar Gaddafi or Saddam Hussein long ago, and Syria would have been “democratized” into three or four parts that are constantly in conflict with each other.

What form of warfare on the territory of third countries is optimal: direct or indirect participation?

In the first case, the probability of solving the assigned tasks is higher, but the risk of getting bogged down in a protracted war, suffering significant losses, and, worst of all, going into a direct military clash with another great power, is also higher. In the second case, there is a risk of quickly being defeated, suffering material losses and acquiring a negative image for their weapons.

Is it possible to combine the advantages of direct and indirect participation in military conflicts, getting rid of their inherent disadvantages?

Such an opportunity has appeared now, in the 21st century.

Of course, it will not be possible to completely do without human participation, therefore, both local and hired specialists should be involved in hostilities. It is important that formally, and in fact, the armed forces of any party are not present on the territory of a state party to a military conflict.

Legally, this will look like an agreement for the supply of weapons and their technical support – a kind of “subscription” to services, within which the supplier exercises full control and, in fact, is fighting for its partner. Formally, remote control is not specified in contracts or is formalized separately by a secret agreement. All military equipment received under the contract is marked and painted in the state colors and designations of the receiving party.

Moreover, the best solution would be to choose a private military company, for example, with a foreign registration, as a signatory of the contract on the part of the supplier, in order to distance the state as much as possible from what is happening. Accordingly, this requires making certain decisions regarding the development of the PMC industry in the country.

At the moment, PMCs have long gone beyond the primitive tasks of escorting cargo and protecting ships from Somali pirates. Private military companies carry out logistics, control unmanned reconnaissance vehicles, including such serious ones as the Global Hawk, carry out refueling of combat and transport aircraft in the air, pilot fighters of a mock enemy during exercises of the Air Force (Air Force). 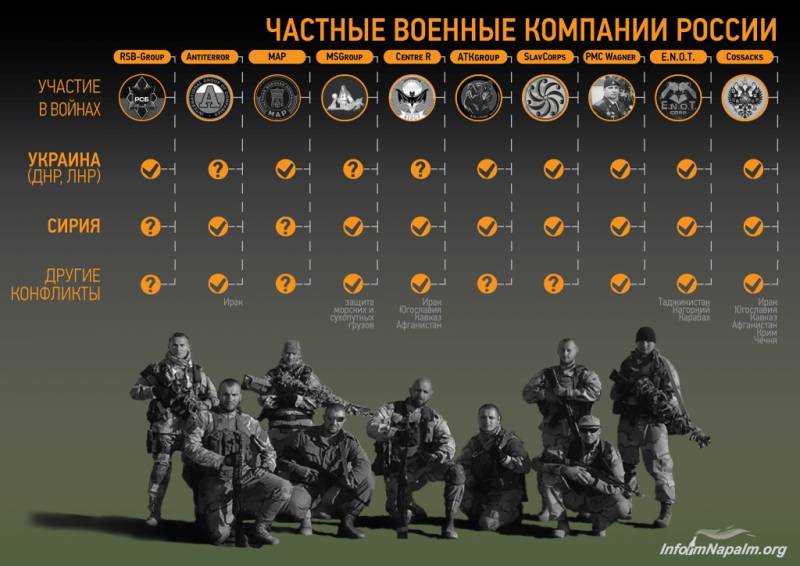 “Hybrid” forms of interaction are also possible, when the state supplies weapons through official channels, and “technical support and support” is carried out by PMC specialists.

In fact, the proposed format of warfare is an “outsourcing war”.

This format of warfare will make it possible to act much tougher than is possible now. For example, in Syria, the Russian Armed Forces do not attack the Turkish armed forces, since such actions carry the risk of an escalation of the conflict and its escalation into a war between Russia and Turkey.

In the event that Russia is conducting military operations “outsourcing”, Turkey will not have formal reasons for attacking the Russian armed forces, just as the United States did not have them when in Vietnam “non-existent” Soviet calculations of anti-aircraft missile systems (SAM) and MiG pilots -21 were shot down by American B-52 bombers and the latest Phantoms.

Technically, it will be impossible to determine whether the weapon is controlled by “local” armed forces, or whether it is controlled remotely from the Russian Federation.

Remote warfare will require the transfer of a huge amount of data directly from remotely controlled weapon systems. Realizing this, the enemy will try with all his might to disrupt communications and control.

Communication is important and a single space segment will not be enough. In addition to satellites, repeaters located on ships of the Russian Navy and repeater aircraft located in neutral waters / airspace and not formally participating in hostilities can be involved. 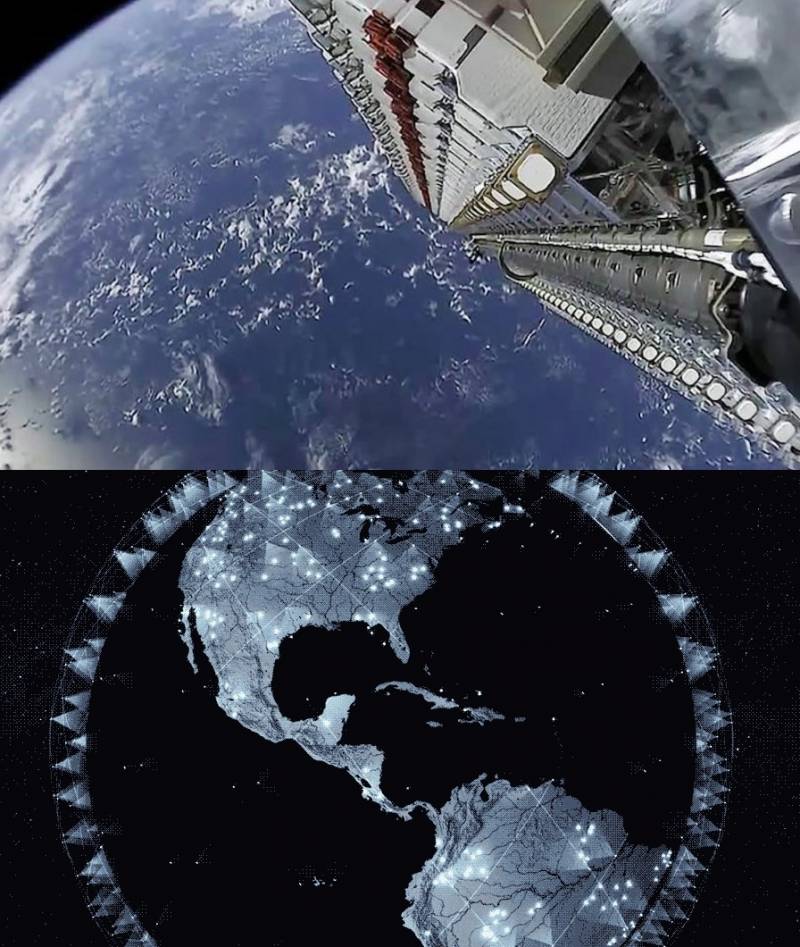 The outsourcing war can be both a form of realizing state interests and a completely commercial project.

In either case, it can be profitable, but in the first case, this profit can be expressed not in direct cash payments, but in some other way: transfer of territory for the deployment of a military base, transfer of mining rights, etc. .d.

As part of a commercial project, the customer initially stipulates the conditions for maintaining its defense capability, for example, providing protection from its neighbors, or conducting offensive operations, while the geopolitical interests of the contractor may not be pursued.

After determining the list of tasks to be solved, the contractor develops a campaign plan.

If an offensive campaign is underway, the final result is the achievement of the tasks set by the customer, for example, the capture of an oil-bearing province. If defensive tasks are set, then the levels of responsibility can be considered, in which both the planned results will be prescribed, for example, the protection of the ruling regime, the defense of oil-bearing regions, and the types of opponents from whom the defense will be carried out (one thing is to defend against Azerbaijan, another thing – from one of the most efficient NATO countries).

Based on the campaign plan, an estimate is determined, including:

– supply of weapons, ammunition, maintenance, with an option to supply additional weapons;

The division of responsibilities is also determined: what tasks are performed by the local armed forces, which PMCs, which remote-controlled weapon systems.

In the next article, we will talk about the weapon systems and tactical scenarios that can be used in the “outsourcing war”.