Of course, the leader in this matter is Igor Ivanovich Sikorsky.

The praise for the American planes on our pages has been done not so much, but enough, and in all fairness.

Clever girls from the USA dragged specialists from all over the world and made them Americans. This is common knowledge. Various conflicts around the world helped a lot in this. The revolution in Russia was no exception.

The Russian emigration did not just add to the US engineering fund. In fact, refugees from Russia have made a very, very worthy contribution. Not one iconic aircraft was created by our compatriots. 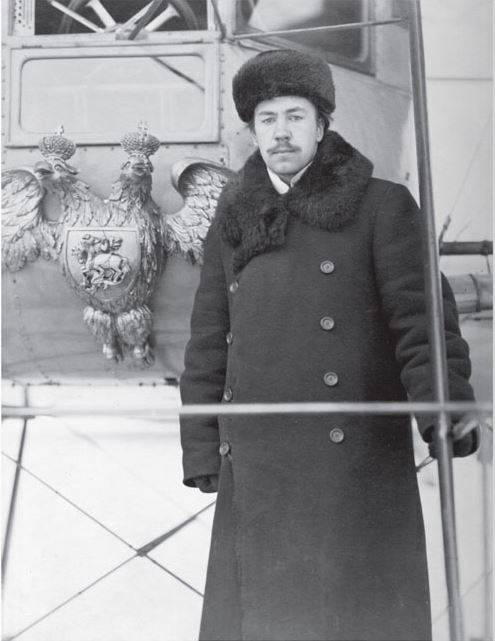 In principle, even we have written so much about this person that it is difficult to add something else. But Sikorsky was not a lone designer. His company, Sikorsky Aircraft, had a staff of more than two hundred people, almost all of them were emigrants from Russia.

The firm did not create many iconic aircraft, but the world’s first serial R-4 helicopter is enough. 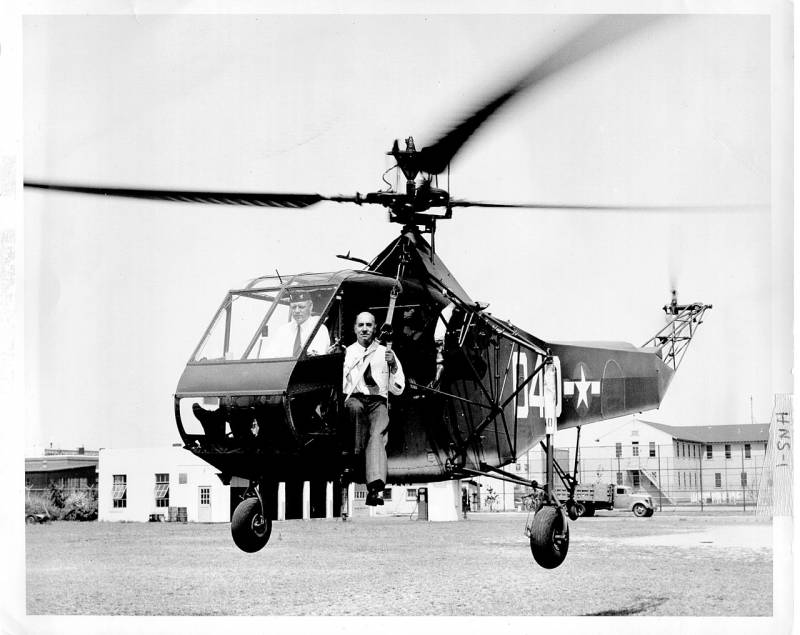 I mentioned another interesting person in my story about an American fighter jet. Good (in my opinion) fighter.

Remember “The Tale of a Real Man” by Boris Polevoy? How did Alexei Meresiev show as an argument an article about Lieutenant Karpovich, who flew to the First World War on a prosthesis?

We are talking about Alexander Nikolaevich Prokofiev-Seversky. 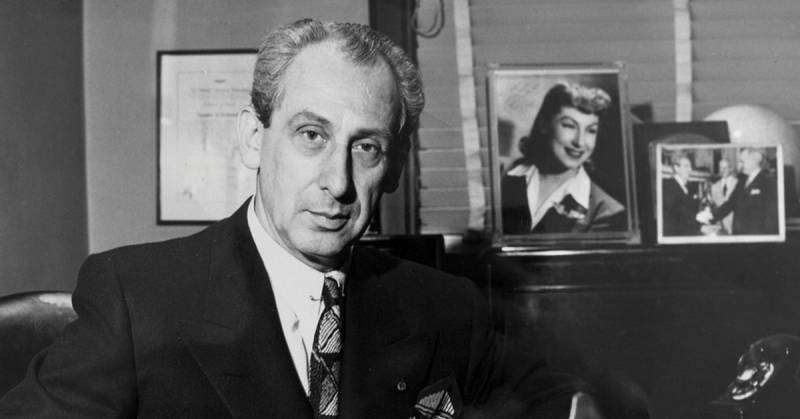 Not a lieutenant, but a midshipman of the Baltic Fleet Aviation, on July 6, 1915, while returning from a combat mission, he was blown up by his own bomb and was seriously wounded. His right leg was amputated. Nevertheless, he decided to return to duty and persistently learned to walk, first with crutches, and then with a prosthesis. And then he began to fly again. He took part in air battles and won. 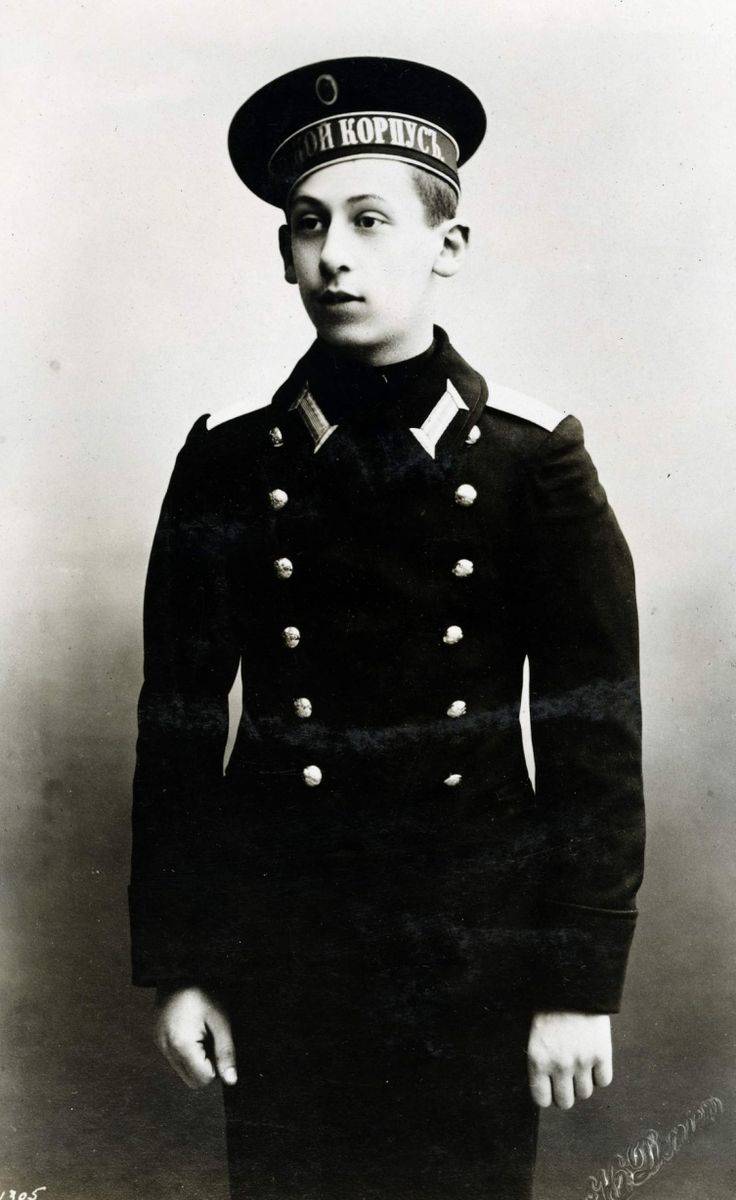 Who was the first to fly with a prosthesis, Yuri Gilscher or Alexander Seversky, is not clear even now. The fact is that the first (and second) pilot to fly a combat aircraft with a prosthetic leg was a pilot of the Russian air fleet, is indisputable.

In addition to Polevoy’s story, Prokofiev-Seversky got into literature as the hero of AI Kuprin’s story “Sashka and Yashka”. Pages in VS Pikul’s novel “Moonzund” are dedicated to him.

Not only a pilot (and a very good one), but also an excellent organizer, before the revolution Prokofiev did a lot for the development of Russian naval aviation in the Baltic. And then, not accepting the new regime, he left.

In the United States, Prokofiev adopted his father’s artistic pseudonym, Seversky, as his surname. It was easier for Americans to pronounce than Prokofiev. And he created the Seversky Aircraft company, which also attracted many compatriots from among the emigrants.

Later, Seversky in 1939 was not quite legally removed from the management of the company and took up expert work for the benefit of the US Air Force and ended his career as a military consultant to the US government.

And the company that Seversky created was renamed into … Republic Aviation and under this name it released the R-47 Thunderbolt aircraft, which became one of the best fighters of the Second World War and the A-10 Thunderbolt-2 attack aircraft named in his honor “Or” Warthog “who serves in the US Air Force today. 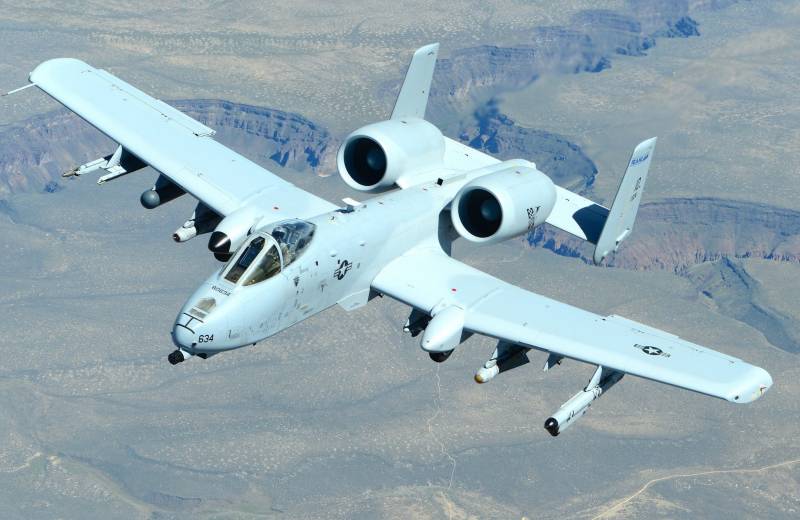 Seversky worked in Seversky Aircraft together with another native of Tiflis, Alexander Nikolaevich Kartveli.

Kartveli became the chief designer of the Seversky Aircraft company, and after Seversky’s dismissal he headed the company. 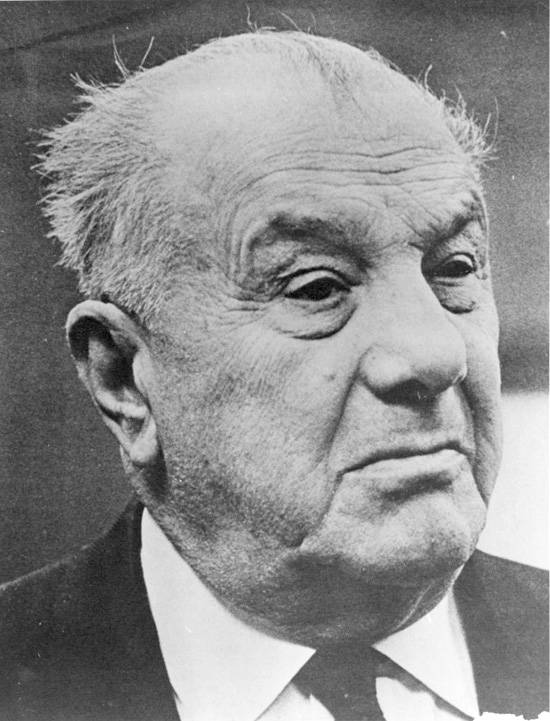 It is to the work of Kartveli that “Republic” owes the appearance of such aircraft as “Thunderbolt”, “Thunderstrike”, “Thunderchief” and “Thunderbolt-2”. 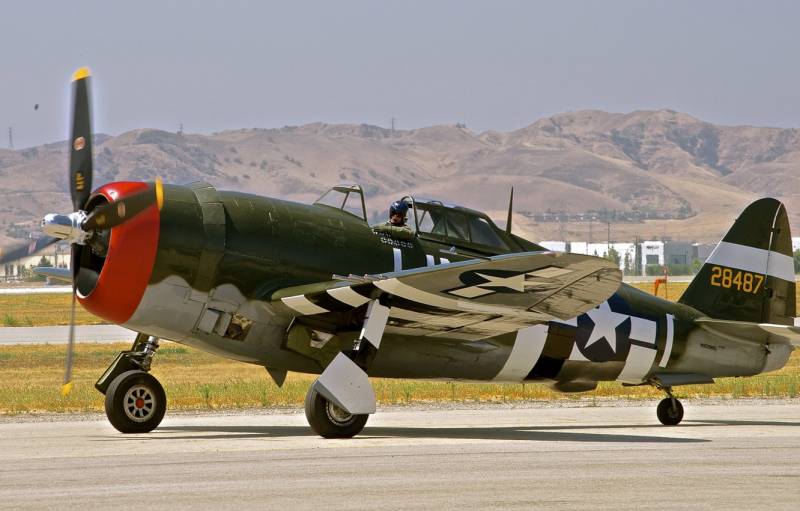 The first American helicopter was built by the Helicopter Corporation of America. The head and chief designer of the company bore the name Botezat. 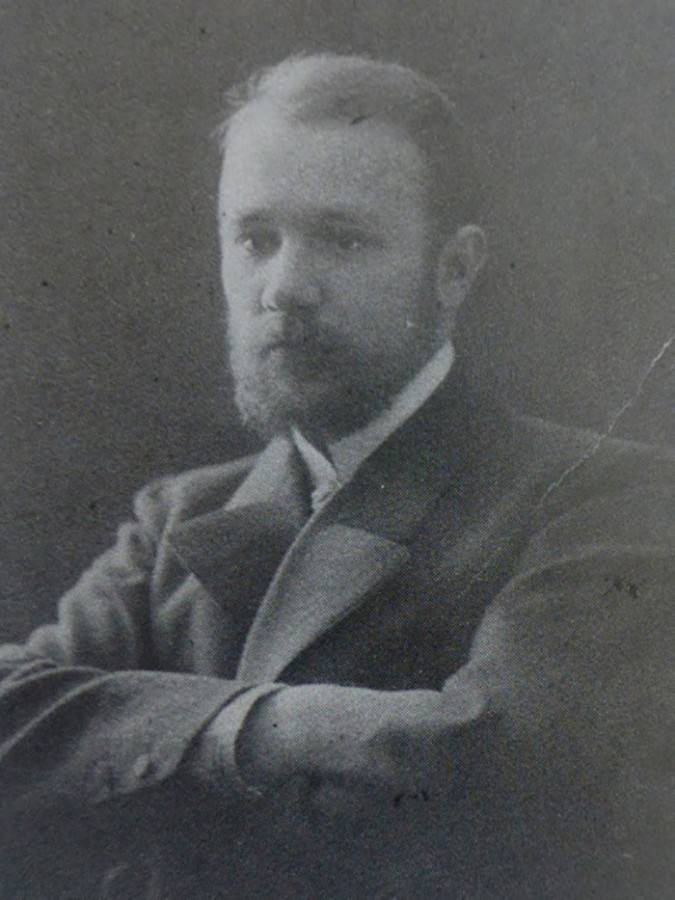 Georgy Alexandrovich Botezat was from Moldova, from an old noble family. And he also did not find his future at home. 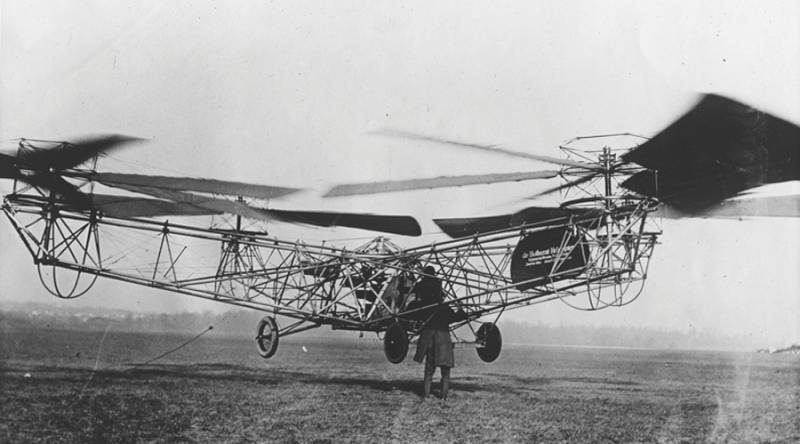 From December 1922 to April 1923, more than 100 test flights were performed on the Botezat helicopter. The maximum flight duration was 3 minutes. The helicopter could lift up to four people, reached a flight height of up to 10 m, developed a speed of up to 50 km / h, and was capable of hovering motionless above the ground. 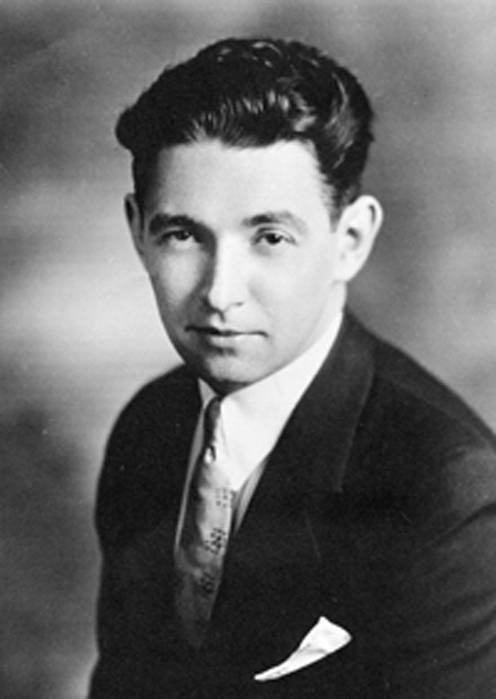 As a very young man, he came to the USA, where, while studying at the university, he founded an aircraft manufacturing company with his classmate and friend James McDonnell. Yes, by the very same McDonell-Douglas afterwards.

The firm built one plane, then Zakharchenko left for China. There he built an aircraft plant and adjusted the work of the design bureau at the plant, launching the first Chinese production aircraft “Fuxing” of his design into series. 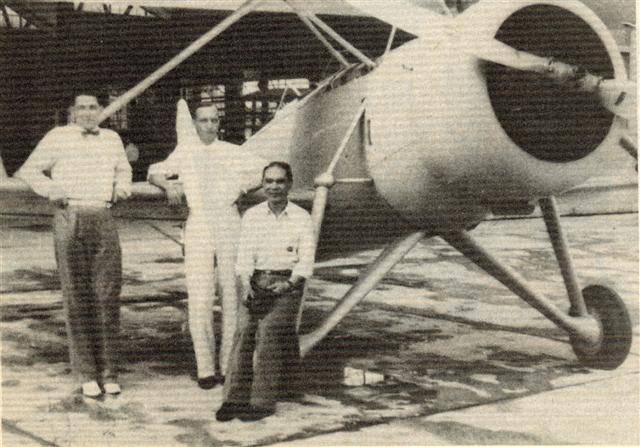 In 1943, Zakharchenko returned to the McDonell Aircraft company re-created by James, where he built helicopters. At the end of his career, Zakharchenko was closely engaged in the development of rocket weapons.

Michael Gregor, a talented aerodynamicist and designer, worked as a designer at Curtiss-Wright. 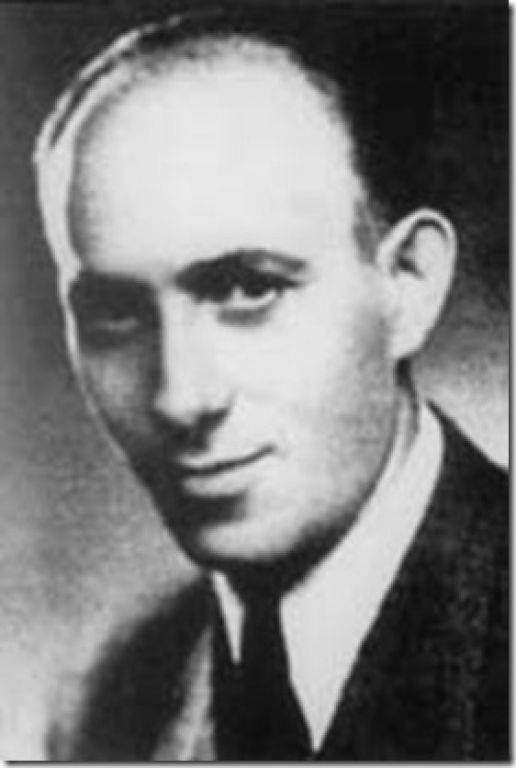 His real name is Mikhail Leontievich Grigorashvili, a talented Russian test pilot and owner of the first Russian plant for the production of propellers of his own design. By the way, during the First World War, the military department, due to the 3000 screws made by Grigorashvili, did not know any problems in this regard.

Grigorashvili also built light aircraft, and even built an FDB-1 fighter in Canada. Since he was most often referred to as Michael Gregor, few people noticed that he was from Russia. 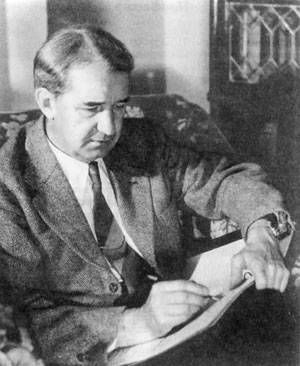 In my opinion, the loss for Russia is comparable to the loss of Sikorsky. A military pilot, a pioneer in the introduction of radio in aviation, he lost his entire family in the crucible of the revolution.

Arriving in the USA, he took up hydrodynamics, built flying boats. 1925 Korvin-Krukovsky becomes vice-president of the EDO company, which worked in seaplane aviation. The floats of this company have been used in hundreds of models of seaplanes in more than two dozen countries (including the USSR).

But the main merit of Korvin-Krukovsky is that it was he who helped Sikorsky in the creation of the company, in the selection of personnel, as they will say now, “promotion”.

In general, the losses incurred by Russia in the form of emigration of aviation engineers is not easy to imagine. In the First World War, Russia even had its own aircraft industry, but it was very, very insignificant. There were no engines, all the planes built by Sikorsky, Lebedev, Gakkel and others flew exclusively on imported engines.

But there was a real design school that designed aircraft and trained personnel. And these shots left the country at one (well, not at one) moment.

Vladimir Klykov, a designer of the Douglas Aircraft company, participates in the creation of the DC-3, which, like the Li-2, worked throughout the Great Patriotic War as the most massive transport aircraft.

Mikhail Vatter, a student of Zhukovsky himself, built a flying boat RVM Mariner for the Glen Martin company. And who can say that this was not one of the best boats of that time?

Fyodor Kalish, an employee of Consolidated, established the licensed production of Katalin in the USSR.

Janis Ackerman at Boeing designed the wings for all Fortresses.

Mikhail Strukov built transport aircraft at Chase. S-123 had no equal for a long time.

Satin, Petrov, Makhonin, Kuznetsov, Nikolsky, Bensen, the Islamov brothers … The list could go on and on.

This, unfortunately, is a fact: the number of Russian engineers who worked to create the power of the United States in the sky was in the hundreds. And these were not just emigrants who could be entrusted with a slide rule, they were cool engineers and designers.

Yes, they had to spend a lot of time “start over”, but nevertheless, they passed these stages and continued to work on the aircraft. 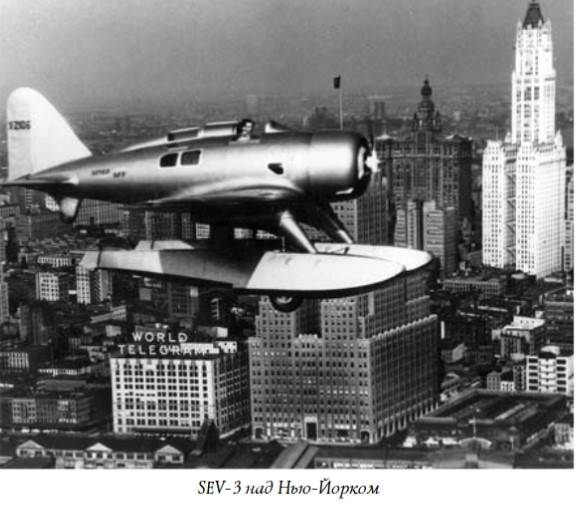 In our press (especially on the Internet), from time to time, there are openly provocative articles about how the “sword for Nazi Germany” was forged in the USSR. But we forged not only for Germany (if we did, I personally consider it nonsense), our former compatriots worked both in Great Britain and in France. But the United States became the main place for the application of forces. What I had to regret, probably, but a little later.

And it’s great, of course, that not everyone left. That there were those who were able to forge both the shield and the sword of our aviation. But losses are worth regretting and remembering.