MZKT-490101 is the smallest of the Volat armored warriors. Source: volatdefence.com

You can treat the Belarusian government in different ways, but the preservation of the Minsk Wheel Tractor Plant for the entire post-Soviet space is undoubtedly one of its achievements. Within the framework of the Union State, MZKT has become a de facto monopoly in the supply of wheeled heavy equipment to Russia. According to the official website of the manufacturer, in recent years the volume of exports to Russia amounted to about 68% of products, while only 16% of cars remain for the needs of Belarus. The remaining 16% is distributed among 20 countries. What does this mean? First of all, about the de facto monopoly of the MZKT on the Russian arms market. Duty-free products are actively bought by the army, while domestic producers are in the corral. The Bryansk Automobile Plant, the technological successor to the ZIL special design bureau, is now producing for the military the only line of all-terrain wheeled tractors – Voshchina-1. It seems that everyone knows what fate befell the Kurgan Wheel Tractor Plant. 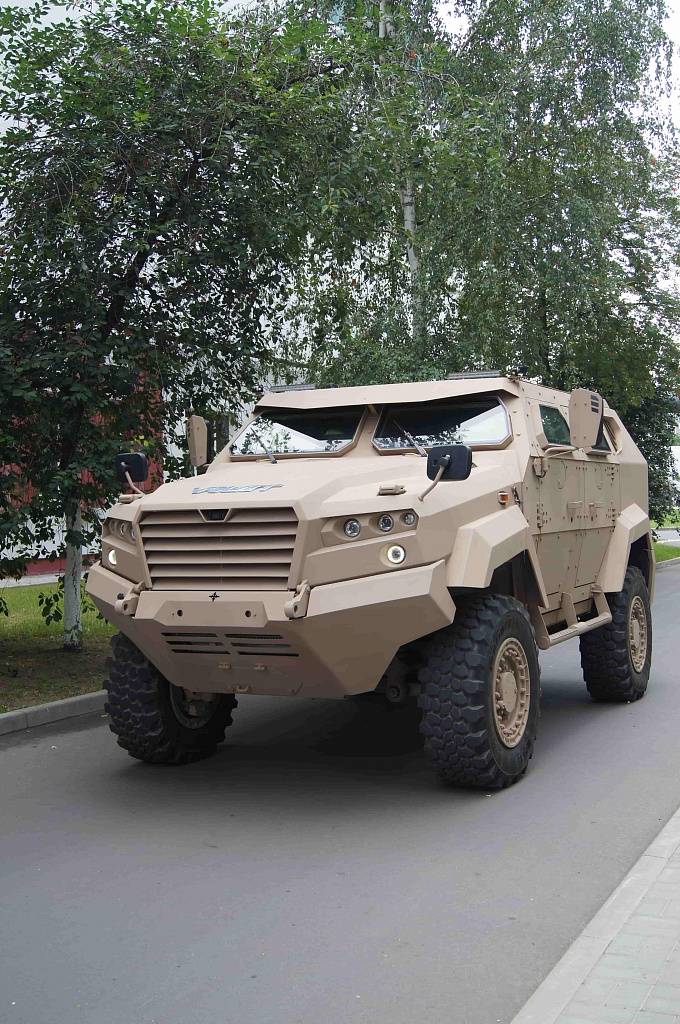 Such dependence of the Russian army on a foreign manufacturer is not found anywhere in the world. The armed forces of other states either rely on their own forces or expand the range of suppliers without focusing on one or two. In Russia, MZKT, as the sole manufacturer, supplies multi-axle chassis for strategic mobile missile systems, and this is far from the only example. The eight-wheeled MZKT-7930 is used for Iskander, Hurricane, S-400, the morally and technically obsolete MZKT-543M / 543A is used for Smerchi and S-300, and the newest MZKT-6922 hull chassis is used as a base for Buka-M2 “. And this is not a complete list of products exported to Russia.

For MZKT itself, the presence of a reliable and solvent partner has made it possible for decades to create a serious basis for further development. Now the plant independently produces suspensions, frames, cabins, winches, automatic transmissions, transfer cases and gearboxes for various purposes. There has not been a major breakthrough in the assortment since the times of the Soviet Union – motors in Minsk have not yet learned how to make them. At the same time, Minsk dwellers produce automatic transmissions within the framework of the Volat-Sanjiang joint venture with the Chinese. Like any export-oriented enterprise, MZKT is heavily dependent on security of supply abroad. And here the Russian Ministry of Defense acts as a monopolist and can largely dictate its will.

What will happen to MZKT in the event of a break in relations with Russia? A real disaster. If you fully believe the mentioned factory statistics, then only 16% of equipment goes abroad (apart from Russia). At the same time, Belarusians do not have buyers capable of taking the lion’s share of the products. Of course, wealthy eastern countries buy giant all-terrain tank vehicles of the MZKT-741351 type from the factory workers, but orders are rare and do not make much weather. And as soon as Russia refuses to purchase products, production will have to be seriously reduced, and highly qualified personnel will be disbanded. And this is a local social explosion, loss of market share and economic stagnation. Does anyone really think that MZKT products will be able to compete on equal terms with Rheinmetall Defense wheeled vehicles from Germany or French Arquus? In a market economy and under the pernicious influence of Western economies, MZKT may well repeat the fate of its “daughter” of the Soviet period – KZKT.

It would seem that everyone should be happy with mutually beneficial cooperation. Indeed, the Russian military is happy with relatively cheap and unpretentious tractors, spare parts for which have been stale in warehouses since the times of the USSR, and Minskers are happy with a regular customer who signs contracts for hundreds of vehicles. Only now the domestic auto industry in this segment is actually not represented by anything. Why do this, invest in expensive prototypes and tests, if the military contracts will go to Minsk anyway? As a result, design skills are lost, people who know how to develop heavy machines go to other directions or even retire.

The Russian Typhoon-U armored cars are equipped with MZKT hydromechanical gearboxes, which Minsk residents have developed with the Chinese. Moreover, the bridges also bear the logo of the Belarusian plant. It turned out that some units for armored vehicles in Russia simply cannot be made and it is much easier to buy them from a partner in the Union State. 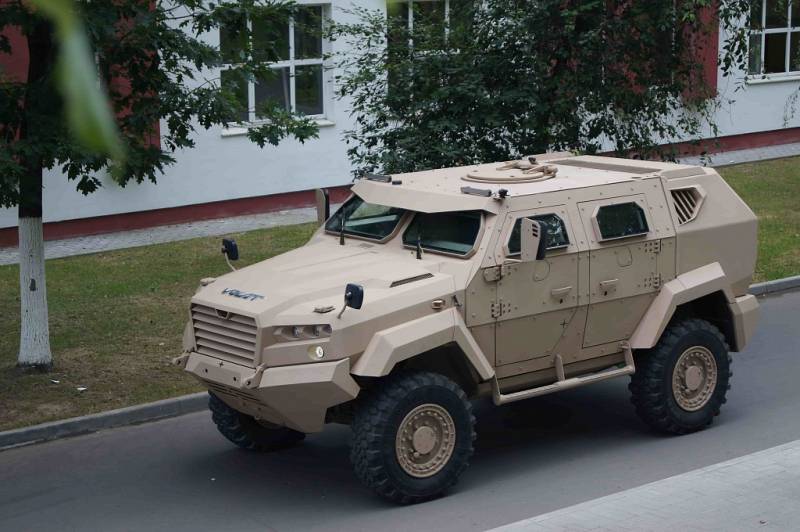 Until recently, Minsk residents did not enter into direct competition with the products of the domestic automotive industry. But a family of tactical trucks with 4×4, 6×6 and 8×8 wheel arrangements appeared – direct competitors to the Russian “Motovoz” and “Mustangs”. And now the light armored car MZKT-490101 has entered the scene, which, of course, is not planned to be supplied to the Russian army, but it can spoil blood on export markets.

MZKT-490101 can hardly be called a 100% novelty. Several years ago, Belarusians presented the MZKT-490100 Volat-B1, which can be called the older brother of the Russian Tiger. If a domestic armored car has a curb weight of no more than 8-9 tons, then a Minsker pulls by 12 tons. However, this does not completely cancel out the competition between the two cars in foreign markets. In accordance with modern trends, the developers of the MZKT-490100 paid special attention to the anti-mine resistance of the armored car. Protection is provided both by a rational V-shaped shape of the lower part of the hull and by an increase in the strength of the bottom due to the use of thick armor plates and the mandatory use of special energy-absorbing seats. Special full-scale explosion tests at the MZKT were not carried out, but the calculations were organized on a supercomputer. 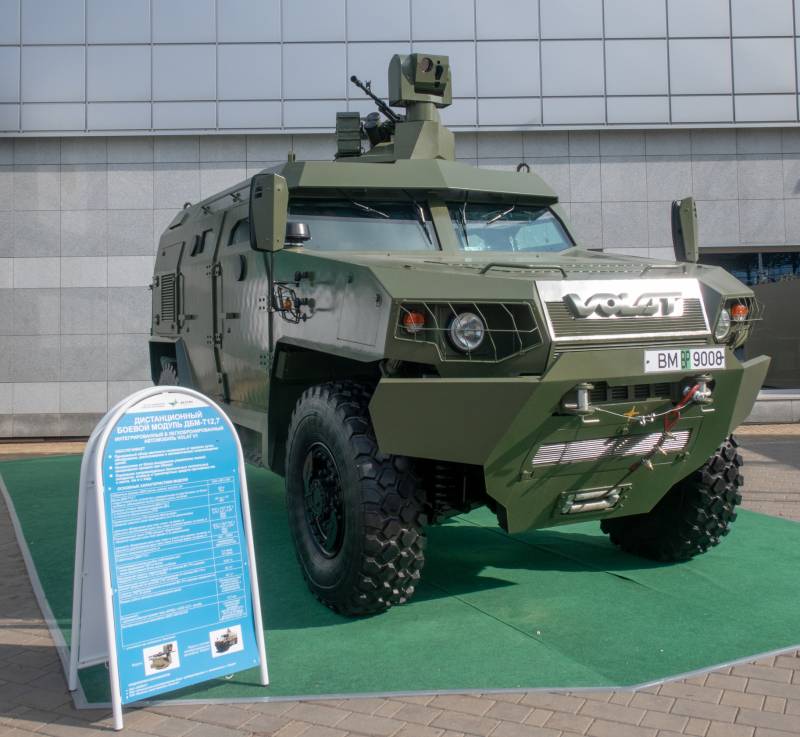 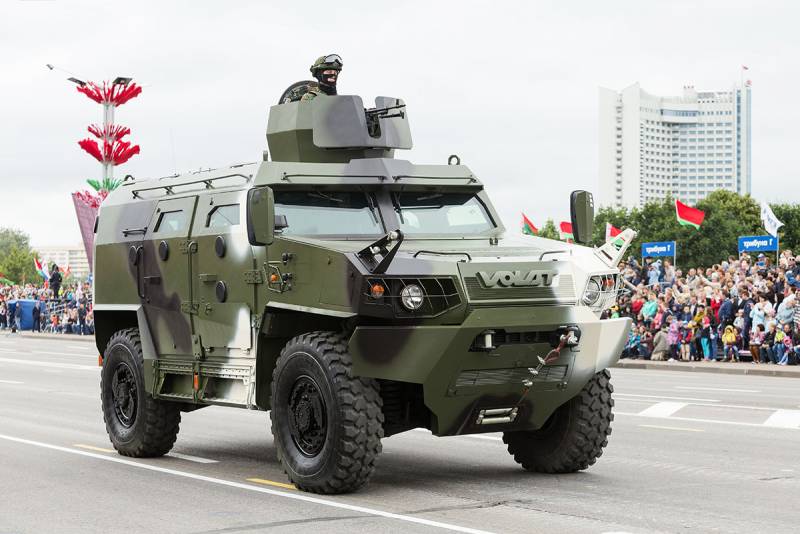 MZKT-490100 “Volat-B1” released in small series and is considered the predecessors of the hero of the article. Source: wikipedia.org

Mathematical modeling of the explosion of 8 kg of TNT under the bottom of the Volat. Source: MZKT

It was identified the need to refine the footpegs of the landing seats to reduce the likelihood of injuries to the lower extremities. It also revealed the need to rework the driver’s workplace – isolating the legs from the floor of the armored car using a raised floor. All this, to one degree or another, was implemented in the design of the modernized armored car MZKT-490101, which could be seen at the Belarusian exposition of the Army-2020 forum. A Korean diesel Doosan DL06 was installed on the new car (the predecessor was a Russian 215-horsepower turbodiesel YaMZ-534.52) with a capacity of 270 liters. with. and an automatic transmission Allison 2500SP. The two-speed transfer case of the ADS company (Czech Republic) is connected into a single power unit with the engine and transmission. In addition, the novelty has become shorter, from 6100 mm it was shortened to 5700 mm, “thinned” to 11 tons and is now capable of taking on board only five people. Minskers, obviously, want to offer the car for export, hence the imported components, and the protection against mines with explosives up to 6 kg, reinforced to the STANAG 4569 standard 2a / 2b. Even in the official press release in Russian, MZKT marketers identified the Il-76, An-124, An-22, as well as foreign C-130, A400M, C-5 and C-17 as the main air carriers. The second level of armor according to STANAG 4569 standards allows holding 7.62 mm bullets, albeit without a heat-strengthened core. Currently, the armored car is offered in only one 5-seater specification. The predecessor of the MZKT-490100, firstly, already serves in the troops of Belarus, and, secondly, it exists in six versions: with a combat, reconnaissance-fire and medical module, in the form of an electronic warfare vehicle, a light ATGM carrier and an armored car for the internal troops … The on-board information system, which brought together many sensors in the car, and circular video surveillance look modern on the Belarusian armored car. In all other respects, the MZKT-490101 is a completely ordinary armored car, which received moderate protection against small arms and good against mines and IEDs. 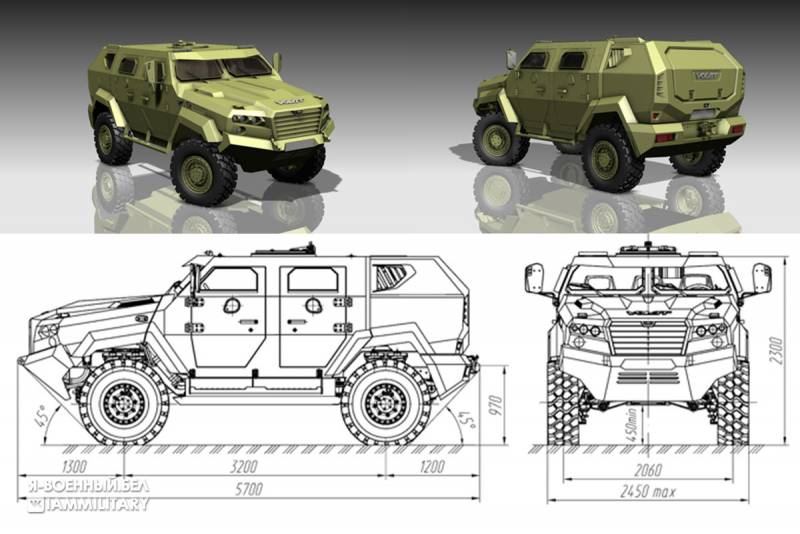 It is impossible to say anything specific about the market prospects of the Belarusian armored car. First, the vehicle did not take part in combat to prove its effectiveness. So far, there is not even data on full-scale ballistic tests, not to mention detonations. Secondly, MZKT brought the development to a very saturated segment of the market, where there is simply an oversupply of such machines for any wallet. Both eminent state-owned companies and little-known commercial structures that have earned capital on cash collection equipment represent their models. How would a light armored car from Minsk get lost in this company …