Bacteria in the military

The first attempts to replace the high-energy JP-10 fuel, which, in particular, is used in American Tomahawks, were carried out five years ago at the Georgia Institute of Technology and the Joint Bioenergy Institute. In fact, it was Stephen Sarria’s graduate work under the supervision of Associate Professor Pamela Peralta-Yahya. JP-10 came to the attention of scientists due to its high cost: now it is a top-tier fuel at a price of $ 27 per 3.75 liters. This price is justified by the high energy density of the fuel due to, as chemists say, “hydrocarbons with tense cyclic systems.” The fuel belongs to the elite class HEDF (High energy density fuels) or fuel with high specific energy, which is currently only available to military consumers at a cost. Combustion of JP-10 in engines allows you to get 20-30% more energy than using regular 98th gasoline. Chemical details aside, one of the “chips” of such a fuel is pinene molecules, which, as it turned out, are produced by conifers. Moreover, pinen still smells of pine needles – without it, a real Christmas tree would turn into a skillful fake. 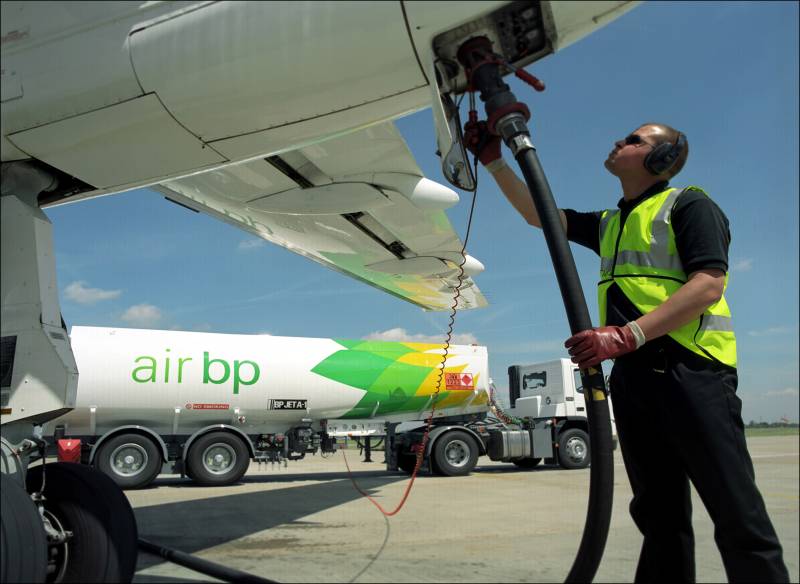 The civilian industry could in the future become the main consumer of JP-10 fuel. Source: pavia-simply.ru

To satisfy the US military with artificial pinen as a component of the JP-10 missile, all the forests of North America would not be enough. The Tomahawk alone is loaded with about 460 kilograms of fuel. Therefore, the developers decided to use the services of bacteria. To do this, a gene responsible for the synthesis of pinene from ordinary glucose was introduced into the microorganism (classic intestinal Escherichia coli) coli. All that remained was to collect the “crop” in the form of bacterial metabolism products (yield about 36 mg / l), catalytically process and fill the Tomahawk tanks. Pamela Peralta-Yahya summarized the results of the study:

“We’ve made a sustainable precursor to high energy density fuel that looks just like what is currently produced from petroleum and can be used in existing jet engines.”

However, this technology has not yet found practical implementation, largely due to the low productivity of the modified bacteria.

The very problem of the availability of JP-10 is important not only in military affairs. If it was possible to obtain an inexpensive analogue of such a high-energy fuel, then it could well be poured into the tanks of civilian liners. And this would seriously reduce the volume of fuel transported on board or the flight range with all the ensuing economic bonuses. On average, military superfuels are 11% more efficient than the best aviation kerosene used in civilian transportation. The Pentagon is also not averse to replacing the JP-8 with a synthetic and cheap analogue of the JP-10, for example, the strategic B-52. The Americans have already tried to create modified fuel compositions. Syntroleum Corporation fifteen years ago created a mixture of JP-8 fuel and FT fuel, synthesized from coal, which was even tested on the B-52 bomber. A little later, this was also tested on the F18A Super Hornets. This was in the era of high prices for oil resources and the production of liquid fuel from coal was somehow justified. Over time, shale oil appeared in the United States, the cost of “black gold” plummeted, and experiments with fuel compositions stopped for some time. All this proves once again that no environmental problems are the cause of the coming “synthetic revolution” in the US military aviation and rocketry – everything is explained by a banal economy.

There are now about 4 thousand Tomahawk tactical missiles in the United States. This is a large enough number to start developing a synthetic analogue of the JP-10. Moreover, the Dalian Institute of Chemical Physics (China) last year obtained results on artificial superfuels from lignocellulosic biomass. This is far from the rarest raw material for biofuels – bioethanol has been produced from it for a long time in the world. The Chinese have developed a process based on the use of furfuryl alcohol, which makes it possible to obtain fairly cheap analogs of JP-10. According to the data, now a ton of such fuel costs about 7 thousand dollars, and according to Chinese technologies, the price should be reduced to 5.6 thousand. Officially, scientists declare exclusively civilian use of the development, but, of course, military aircraft and tactical missiles of China will become one of the consumers of bio -JP-10. 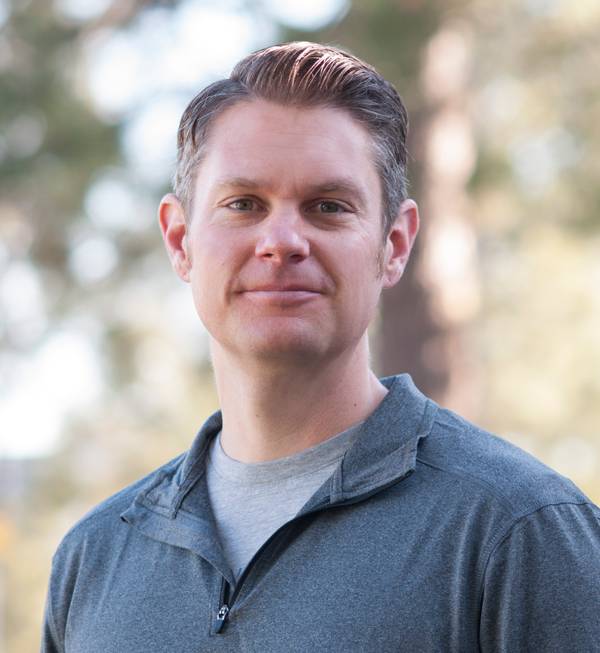 Researchers Cameron Moore and Andrew Sutton at the Los Alamos National Laboratory in the United States in April this year patented a slightly different method of producing biofuels. Since 2017, the project partner has been Gevo, which hopes to add developments to the civil sector. As you know, corn is traditionally the leading crop in the United States. More than 20 million hectares of land are sown with this plant annually. Corn for Americans is not only canned food in the supermarket and animal feed, but also bioethanol, which is used to dilute up to 50% of gasoline at gas stations. Moore and Sutton, working for the US Department of Energy, created a JP-10 production cycle from corn waste. Moreover, first, bioethanol is obtained from corn, and only then superfuel is synthesized from the remaining bran with a finished product yield of up to 65%. This significantly reduces the cost of new biofuel, and also does without highly hazardous reagents and waste. 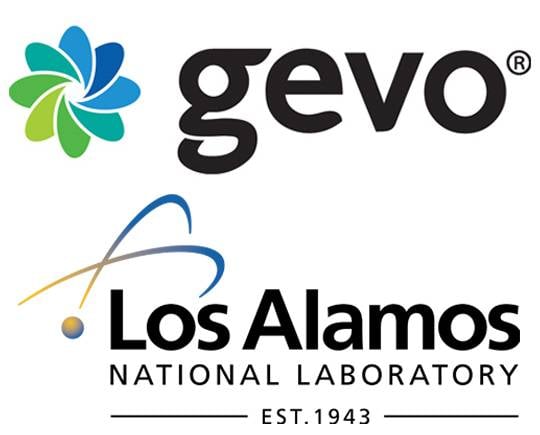 According to initial estimates, the total cost of corn fuel for the Tomahawks will drop by 50%, which could really revolutionize the fuel industry. There are other more optimistic calculations: a gallon of bio-JP-10 will cost about $ 11 instead of today’s 27. Civilian carriers hope that when the military works out technologies for producing superfuels, refuellers at airports will also be filled with new high-energy kerosene. This will be very useful in a post-pandemic world, when people will be afraid of long-distance travel: low ticket prices can help in this case. There is information about the test use of fuel compositions based on the new JP-10 on air routes from the United States to Australia. Expansion of areas for corn in the United States will also be one of the stimuli for the development of the economy. Americans hope that with the introduction of the Sutton-Moore chemical cycle into mass production, a lot of new jobs in agriculture will appear. Taking into account the use of bioethanol production waste as a raw material, the staff of companies producing this fuel will also expand. All around there are pluses. The most important thing, of course, in Los Alamos is considered the reduction of the state’s dependence on external supplies of petroleum products. And, of course, this whole chemical-technological story is very much to the liking of the activists of Greenpeace, although they have not yet admitted it. 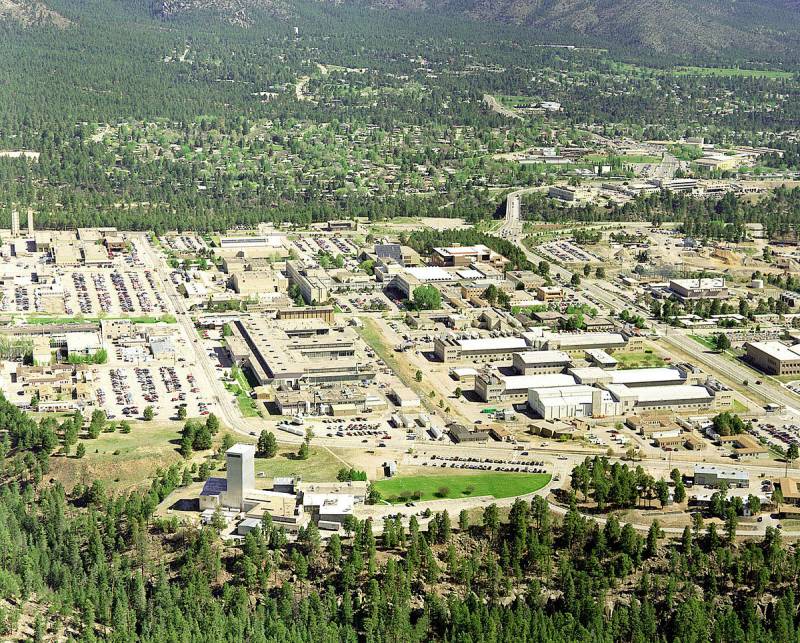 Among the obvious positive aspects of the emergence of the new bio-JP-10 technology, there are many disadvantages. First, the natural reduction in the cost of the Pentagon’s combat use of tactical missiles will become another trigger for American aggression. Second, as soon as businessmen feel that the Sutton-Moore cycle is indeed economically profitable, a large part of the agricultural area will be planted with corn. This industrial crop can partially crowd out the rest: wheat, soybeans, etc. With constant demand, supply constraints will increase the cost of products and reduce their availability for people. By the way, this has already been observed in a number of countries that actively use renewable energy sources such as biosolar oil and bioethanol. And finally, thirdly, to increase the yield of corn, it will not be enough to simply expand the area and genetically modified seeds from the famous “Monsanta”. The time will come for intemperance with chemical fertilizers, and here the notorious “Greenspice” will have a lot of questions.