In recent years, none of the local wars has gone without the use of unmanned aircraft. Interest in UAVs is growing all over the world. It is obvious that the future belongs to these weapons. At the same time, the range of drones on the military market is very large: from very tiny reconnaissance vehicles to large attack drones, which in their geometry are comparable to traditional aircraft. The military conflict in Nagorno-Karabakh, the next exacerbation of which began on September 27, 2020, has already become a real drone war.

Recordings of drone strikes, which are regularly published by the Ministry of Defense of Azerbaijan, have become a vivid visual symbol of the conflict. Drones, which hit a variety of ground targets, have become one of the symbols of war and help the Azerbaijani army to achieve success on the battlefield. Shots from Azerbaijani UAVs, widely diverging in social networks and forums, play an essential role in the information war. At the same time, the range of drones used by Azerbaijan is diverse: here are reconnaissance UAVs that provide target designation, and records from strike drones, and footage transmitted by patrolling ammunition, which are also known as kamikaze drones. At the same time, the Turkish attack UAV Bayraktar has already become the most famous and often mentioned in the press in connection with this conflict.

The Bayraktar TB2 attack drone was developed by the Turkish company Baykar Makina, which was founded in 1984. In the early years of its existence, the company specialized in the production of automotive equipment and automotive components, but since 2000 it has taken up work in the field of aircraft construction. Today it is the leading manufacturer of unmanned aerial vehicles in Turkey, as well as one of the leading companies in the creation of artificial intelligence systems in the country. Today the company employs 1,100 employees, and the total number of drones produced has exceeded 400 units. 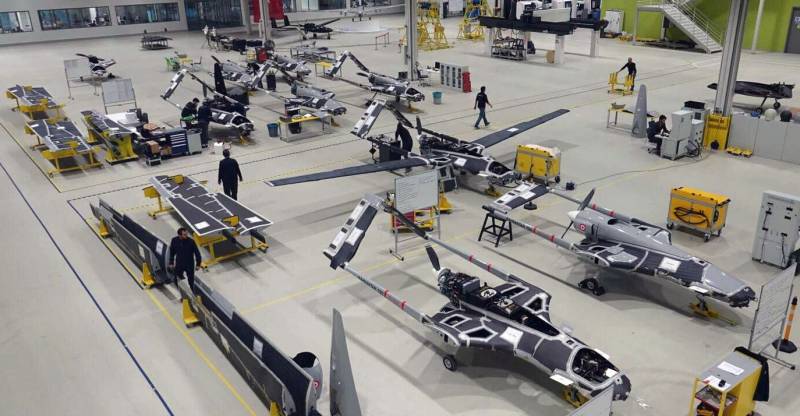 Having started the first research and development in the field of creating unmanned aircraft systems in 2000, the company already in 2004 carried out the first autonomous flight tests using its own electronic and software control systems. In 2005, a demonstration of the first miniature drone of the company Bayraktar Mini took place, and its production was launched the following year.

The development of its own project of an attack drone began in the late 2000s. The first autonomous flight tests of the attack drone, designated Bayraktar TB2, took place in 2014. In the same year, the delivery of the first sets of UAVs to the Turkish armed forces began. In addition to the army, these drones are also used by the Turkish police. One of the civilian uses of drones is monitoring forest fires and helping rescuers. Currently, this model is in service with Turkey, and is also exported to Qatar (the first foreign buyer), Ukraine and, most likely, to Azerbaijan. The Armed Forces of Azerbaijan have officially announced their readiness to purchase Turkish attack drones in June 2020.

The Turkish Bayraktar TB2 attack unmanned aerial vehicle belongs to the class of tactical medium-altitude UAVs with a long flight duration. Aviation experts note that this development has a more modern control system and software than the Israeli Heron drone. The new Turkish UAV is able to solve the tasks of reconnaissance, surveillance, and also carry out attacks on ground targets. The avionics complex on the Bayraktar TB2 provides the vehicle with fully autonomous taxiing, takeoff / landing and flight.

For Turkey, this drone has become a landmark, as it became the first UAV delivered for export. According to the website of the manufacturer, at least 110 such aircraft are already in use in Turkey, the total flight time of which has exceeded 200 thousand hours. Also, this aircraft holds the Turkish record for flight duration: 27 hours and three minutes. The standard delivery set of the UAV is an unmanned aerial complex of six Bayraktar TB2 drones, two ground control stations, a set of maintenance equipment and power supply.

Externally, “Bayraktar” is an aircraft with a straight wing of large aspect ratio and a non-retractable tricycle landing gear (only the front pillar is removed). The wingspan of the drone is 12 meters. The tail unit of the UAV is made in the shape of an inverted V letter. The maximum length of the vehicle is 6.5 meters, its height is 2.2 meters. The airframe of the drone is made of modern composite materials (most of it is made of carbon fiber). The onboard equipment of the Bayraktar TB2 UAV is represented by electro-optical and infrared cameras, a laser rangefinder and a target designator.

The maximum take-off weight of the Bayraktar TB2 shock reconnaissance drone is 650 kg, the payload weight is up to 150 kg. The fuel supply on board the device is 300 liters of gasoline. The attack drone has four suspension points, on which four laser-guided aerial bombs can be located.

Bayraktar TB2 attack unmanned aerial vehicles have four suspension points under the wing and can carry up to four micro-ammunition specially designed for use with UAVs. Bayraktar TB2 can carry gliding ammunition with a laser targeting system: MAM-L and MAM-C. At one time, the MAM-L guided bomb was developed as a variant of the L-UMTAS long-range ATGM missile. Aviation ammunition differs from the basic version in the absence of a rocket engine and a more developed plumage, which allows it to glide to the target. 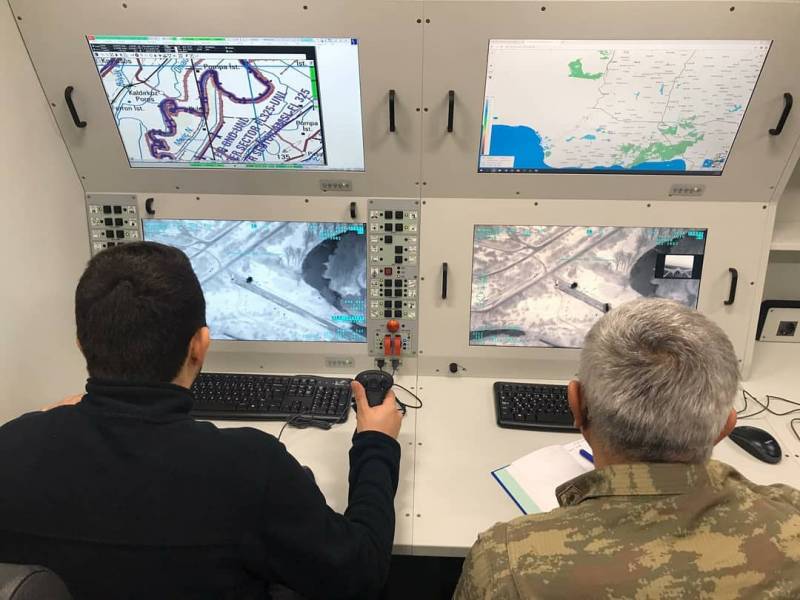 The aircraft ammunition for Bayraktar was created by a major Turkish rocket weapons manufacturer, Roketsan. They are gliding high-precision small-sized ammunition with artificial intelligence, which is specially designed for use with UAVs, light attack aircraft, as well as use on various air platforms of low payload. Ammunition is able to effectively hit both stationary and moving targets. Both ammunition is equipped with a laser targeting system (semi-active laser).

According to the official information from the developer of ammunition, the MAM-L can be equipped with three types of warheads: high-explosive fragmentation, thermobaric and tandem (anti-tank version). Ammunition weight is 22 kg, length – 1 meter, diameter – 160 mm. The operating range is 8 km. The mass of the warhead for the MAM-L ammunition is estimated at 8-10 kg. The MAM-C planning ammunition is even smaller and can carry two types of warheads: high-explosive fragmentation and multipurpose warheads. The weight of the MAM-C ammunition is 6.5 kg, the length is 970 mm, and the diameter is 70 mm. The operating range is 8 km. 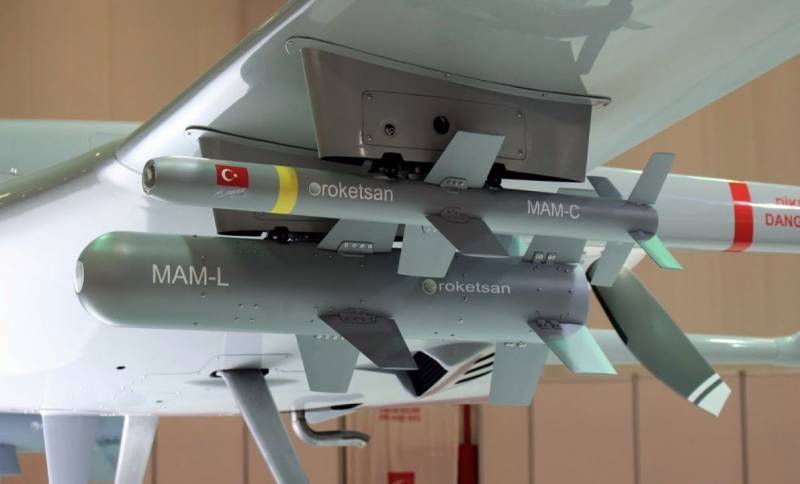