Gigantomania is very bad. Proven by the Soviet Union. Huge factories, huge budgets, huge armies devouring these budgets: it would seem that all this remained in the distant past, in a bipolar world.

US Secretary of Defense Mark Esper has revealed new details about extremely ambitious plans to increase the size of the US Navy’s fleets to more than 500 ships and submarines, including unmanned types, over the next 25 years.

The “Battle Force 2045” program has been developed and is being implemented, and Esper spoke about it. The Office of the Secretary of Defense (OSD) has been working for months to help shape plans for the structure of the Navy for the decades to come. That is, the dominance of the American fleet in the seas and oceans should not only be preserved, but also increased.

This is an interesting program as it does not cost money, but rather huge sums. But let’s all the same in order.

At the beginning of 2020, the US Navy numbered about 290 ships. A development program was approved by Congress, which provides for an increase in the composition of the fleet to 335 ships.

However, Esper has now stated that a total of 500 ships will be required for the fleet at the turn of 2045 to effectively complete its missions. The structure of the fleet should include 8 to 11 nuclear aircraft carriers, 60 to 70 small surface combatants, 70 to 80 attack submarines, 50 to 60 amphibious warships and 70 to 90 logistics ships.

Earlier in the United States considered similar developments in composition from the “Hudson Institute”, known for its projects and military analytics. But even the Hudson hawks had less appetite than the Secretary of Defense. They operated a fleet of nine aircraft carriers, up from 11-10 Nimitz-class ships and the first Gerald Ford-class ship today. 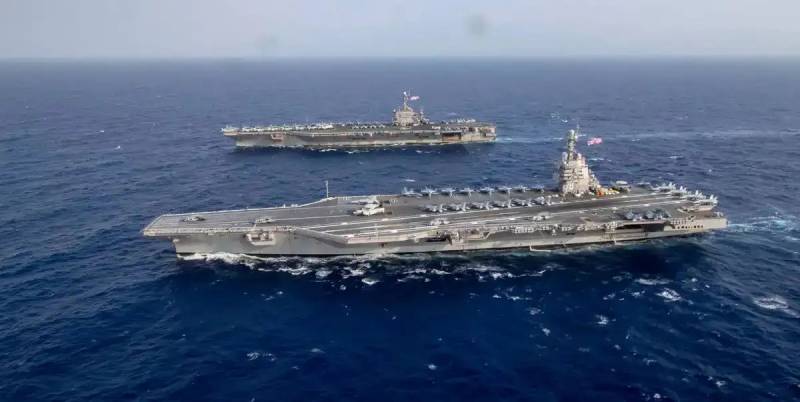 And anything less means that some of the ships will have to be sent for metal. Meanwhile, Congress believes that the fleet should have at least 12 aircraft carriers.

Esper added (head-to-head) that the Navy “will continue to explore options for light aircraft carriers that will carry short or vertical takeoff and landing aircraft,” and that the Navy could eventually acquire up to six such ships.

Considering that in May of this year, the leadership of the US Navy publicly made a statement that the study of the concept of using light aircraft carriers would be postponed indefinitely, all this in the performance of Esper looks … amazing.

The defense minister did not explain, unfortunately, what might be included in the “small surface combatants” category, but at present the only naval ships that fit this description are the coastal zone ships (LCS). Here, too, everything is not entirely clear, since statements have been made more than once on the theme that these ships will not be built further.

URO frigates. Everything is clear here. The fleet bought them and will continue to buy them. The class of these ships, which is now called FFG (X), is actually a ship, which is based on the project of a European multi-purpose frigate with Italian roots from Fincantieri, that is, FREMM.

With submarines, too, not everything is simple. Esper said there would be an increase in the number, but … then. When the development of the new submarine, now known as SSN (X), is completed. That is, the US Navy wants Seawolf, but it is considerably cheaper.

In the meantime, the new boat will be developed, built and tested, “maintenance of the pants” will be due to seven “Los Angeles”, which will simply extend the service life and recharge the reactors.

In general, it is modest and tasteful, and most importantly – without going beyond the global trends.

In a very optimistic way, the US Secretary of Defense reaffirmed the service’s earlier goal of increasing production of Virginia-class multipurpose attack submarines from two boats a year to three. This is, of course, surprising. The main thing is not to overstrain. 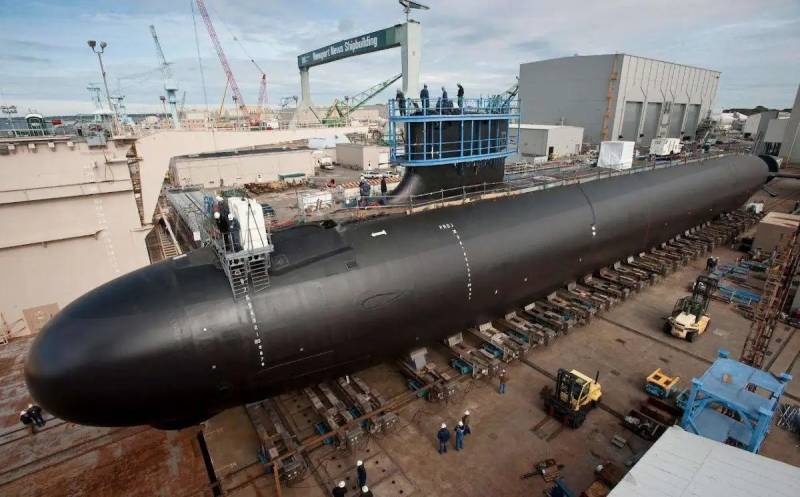 In general, the thunder of victory, resound. The plans are quite admiral’s, but this, by the way, is understandable. Not sergeants play toys.

It is possible that the fleet will be brought up to 335 ships. The goal, as they say, justifies. But the figure 500 in our case looks more than fantastic even for the USA.

The answer is simple: in order to bring the total number of warships to more than 500, it will be necessary to build from 140 to 240 unmanned surface and underwater vehicles.

Now those who understand will say that underwater and surface unmanned vehicles are not being built in the United States. Yes it is. They don’t build. However, the White House’s Office of Budget Implementation has already added them to the official fleet records for future planning purposes.

An interesting situation – there are no drones, but they are in the accounting and plans. This means – and in the budget.

You can take master classes to all other ministries of defense.

But yes, money. Of course, for this to work, several barges of dollars are needed. Esper says the plan is to increase the percentage of the fleet’s total shipbuilding budget to 13 percent. In fiscal 2020, money for ships accounted for just over 11.5 percent of the service’s congressional budget. For 2021, the figure was 10 percent in the Navy’s budget request. Legislators have yet to pass a budget for this fiscal cycle, which began on October 1, but the increase from 10 percent to 13 percent is very serious.

That 13 percent figure first appeared last month in a print speech Esper gave at the Rand think tank. However, the speech itself did not include this figure, raising questions about whether it was accurate or not. Esper subsequently voiced her in the comments.

Meticulous Defense News reckoned that a 2% increase in shipbuilding funds during the fiscal 2021 budget request would result in over $ 4 billion available to the fleet to buy ships.

And in a recent speech on this topic, Esper also called on Congress to approve the disposal of old ships and give the Pentagon the authority to transfer unused funds directly to shipbuilding accounts without special permission. He also called on lawmakers to urgently pass the FY2021 budget and not rely on short-term spending bills, commonly known as standing resolutions, that make long-term planning difficult.

Without a doubt, if Congress approves such plans, 4 billion is serious. These are 4 Arleigh Burke-class destroyers in full complement.

Of course, the statements of the US Secretary of Defense are only half the battle. It all depends on the congressmen, and it should be noted that they have always shown restraint in the issue of allocating money for the construction of unmanned platforms. Moreover, Congress has always been a source of resistance on the disposal of old ships, approving the extension of the service life of ships and vessels of the navy.

And, I must say, if Esper’s idea gets support and his plans receive real funding, the situation may turn out to be more than original.

It’s not about the money. The point is how they can be implemented. The fact is that in the United States there are problems in the construction of ships. Remember the sensational case of the UDC “America”, which was handed over 2 years later?

And with the Virginias? The transition to the construction of two submarines instead of one per year greatly strained shipyards and US enterprises. That’s why I said a little higher: the main thing is not to overstrain. Two nuclear submarines a year is no laughing matter, but three … With all that not so long ago they were building one at a time.

And by the way: if the shipyards are occupied with the construction of the Virginia, then where will the new generation submarines be built? The ones under the Columbia-type ICBMs? 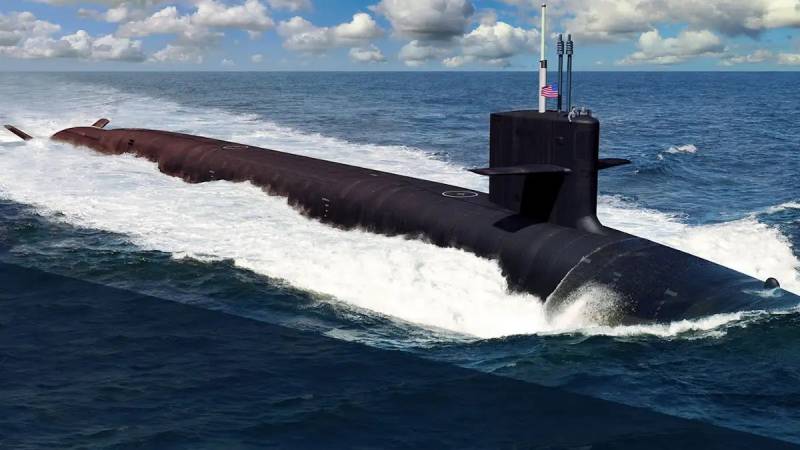 And then, where will the money come from? It is good if they are printed in a simple and ordinary way. And if by reducing other programs, what is the American Congress also master of?

Esper says at least some of the additional shipbuilding funding could come from savings that the Pentagon has found elsewhere in the budget. But what these savings are is not yet clear. And again, in order to curtail something, leave it without funding, all this also needs the consent of the Congress.

Democracy in action. If the people of the United States, whose representatives sit in Congress, approve of Esper’s plans, yes, no question. And if not…

I would also remember that it is 2020. Coronavirus, general recession, global recession. And against this background, the statements of the US Secretary of Defense about the construction of new ships look quite fantastic. 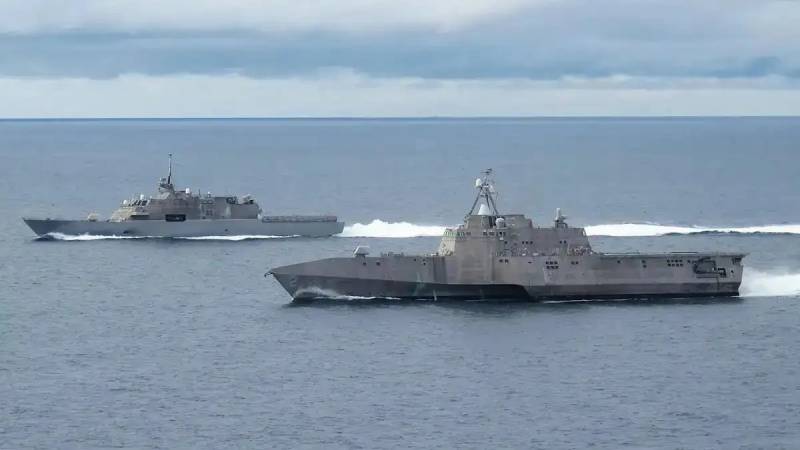 In fact, Congress could easily endorse the Esper program. But with the same ease, twisting a finger at the temple, cancel and forget it.

So it’s probably too early to talk about the US Navy’s 500 ships. Too early.