Modernization of the monopolist

The plant in Ulyanovsk lived very well during the Soviet era. The machines were in demand both in the army and in the national economy, and in the absence of competition, the enterprise had no incentives to expand the model range and modernize. And so it happened that even the civilian line of cars is still based on solutions more than half a century ago. Which of the readers will remember that the best is the enemy of the good? The UAZ classics, with their unpretentiousness and cross-country ability, have long entered the host of such legends as Land Rover Defender, Mercedes-Benz G-klasse and Jeep Rangler. It’s hard to argue with this, but all competitors have changed generations a long time ago, moved to new platforms and finally began to comply with modern safety and comfort standards. And for several years now, UAZ has been announcing the appearance of the “Prado killer”, developed jointly with foreigners … The appearance of the car has been postponed to the end of 2021. Until that time, consumers will have to put up with the legacy of the Soviet technical school and the corresponding workmanship. 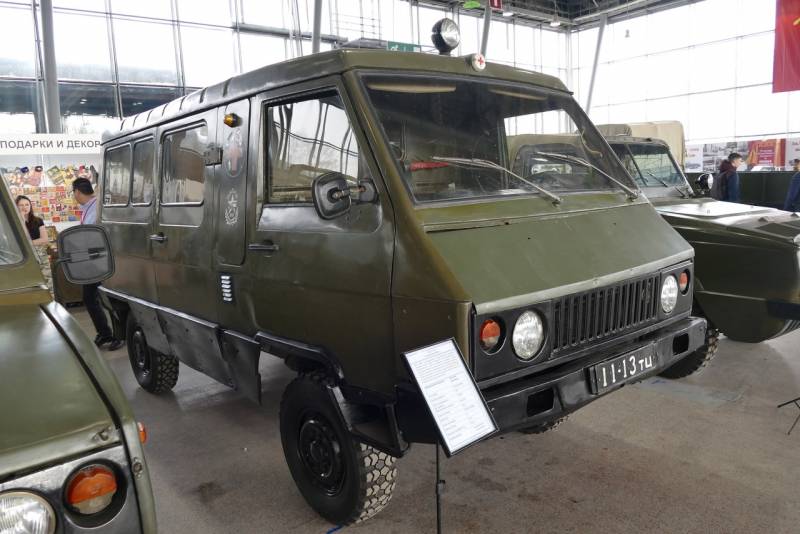 In a hopeless series of minor improvements, cosmetic improvements like the Patriot series thirty years ago, the hope for a global modernization of all UAZ equipment dawned. The first calls came, naturally, from the main customer – the USSR Ministry of Defense.

In August 1989, the Ulyanovsk Automobile Plant was required to build a light vehicle capable of carrying 9-10 people. To accommodate the department of motorized riflemen, it was proposed to lengthen the bonneted UAZ-3151 and re-equip the UAZ-3303 onboard truck. The auto workers completed the order within two months, and by February 1990, on the basis of the van, they also created an additional UAZ-37411. The model of the last car was a “loaf” with a cut off the roof, stern and part of the side panels. The resulting cargo platform was covered with an awning. In any other case, a cramped, enclosed van would not have been able to accommodate eight soldiers in equipment. The Ministry of Defense, obviously, has also put forward a demand for the ability to quickly leave the car in case of enemy fire, and here the tilt body came in handy. But on tests, the idea of ​​converting a van into an open truck showed itself not from the most successful side. It was inconvenient for the fighters to get into the car through the sides with a height of 1.2 meters, wheel arches took up a lot of space, and the awning was too low. On the experimental car, even a heater was installed in the back, which proved to be ineffective: the awning blown by all the winds refused to keep warm. 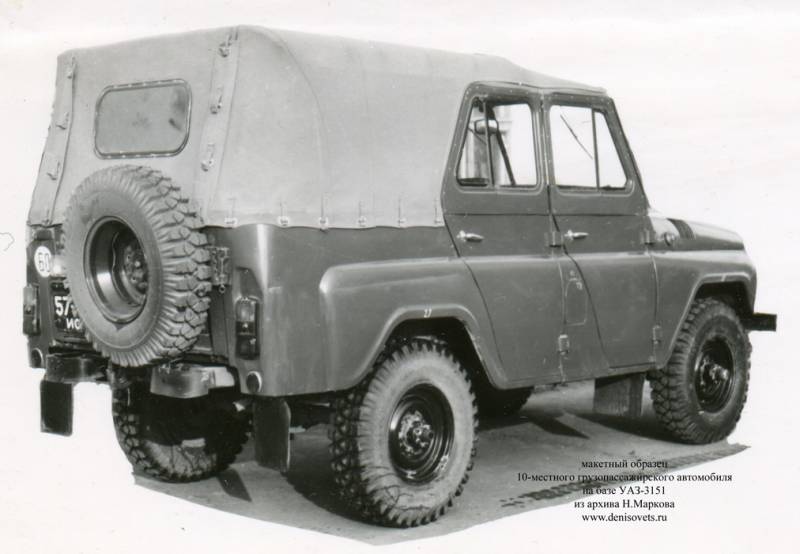 The worst was for the soldiers in the extended version of the bonnet “UAZ” with the increased frame length by 200 mm. Inside, it was expectedly cramped, and the UAZ-3151 itself suffered from overload: instead of the prescribed 800 kg, it was now prescribed a ton at once. Due to the specificity of the layout, the load balance shifted to the rear axle, while the front axle was 35 kg underloaded in comparison with the original. All this had an extremely negative effect on the cross-country ability and dynamics of the car, and the engine resource in such conditions of overload was seriously reduced. Much later, in 2004, a largely similar machine under the designation UAZ-2966 with a capacity of 9 people was adopted by the Russian army.

The most successful option turned out to be the onboard UAZ-33031. Here, the disembarkation / landing was much more convenient, and the wheel arches did not particularly interfere with the legs, and the platform itself turned out to be more spacious. As a result, it was this version of the execution that seemed to the military the most optimal. Despite minor flaws, the car was sent for pre-production revision. They had to come to terms with the motion sickness of personnel on dirt roads, as well as with the not most comfortable landing of personnel through the side boards.

Experienced UAZ-33034, which almost went into production. Everything was spoiled by the disgusting behavior of the car during braking. Once the truck even rolled over, slowing down from a harmless 80 km / h. Source: denisovets.ru

The new model of the carrier of the motorized rifle department was named UAZ-33034. It appeared in April 1990. The designers installed wheel reducers on the truck, which further raised the loading height to 870 mm. The body was made of rolled steel, and the awning with windows was sewn into one piece, ensuring boarding / disembarking only through the rear flap. During the tests, problems with handling unexpectedly emerged: when braking from high speeds, the wheels spontaneously turned, threatening to overturn. At first, it was decided that this was a consequence of the use of bridges with gearboxes, but even with the previous units, the UAZ-33034 behaved very dangerous on the road. It was decided not to tempt fate and abandon the passenger version of the Ulyanovsk onboard truck. For the transportation of goods, such obstinacy of the UAZ seemed acceptable.

All the above-described attempts to modernize or repurpose equipment from Ulyanovsk went under the code of development work “GAK”. Within the framework of the same direction, in 1989, work began on the development of a new car of the UAZ-3972 wagon layout. A little later, when all projects of “SJSC” were closed, the direction of the successor to the “loaf” was renamed into the ROC “Vagon”. In total, by the end of the 1990s, three copies of military ambulances with gear axles and one cargo-passenger van were built for the national economy. A small sample of the dry tactical and technical characteristics of the new UAZ: curb weight – 2.25 tons, cruising range – 800 km, maximum speed – 100 km / h, weight of a towed trailer without brakes – 750 kg, with brakes – 1200 kg. engine power – 77 l / s and fuel consumption – 12 l / 100 km. The frame for the car was taken almost unchanged from its predecessor. The ground clearance of 325 mm, achieved by gear axles, provided the experienced ambulance vans with excellent cross-country ability. In the civilian version without external gears, the ground clearance (or, in military terms, the clearance) was 220 mm. To preserve the condition of the wounded, the spring suspension was replaced with a spring suspension, although it remained dependent. A wheel vibration damper has been added to the front axle, which improves the vehicle’s handling.

The appearance of the van was seriously different from its predecessor and was dictated by the requirements of military acceptance. Unified lighting technology, a small rear overhang, flat body panels and a windshield created a specific look of the car, for which the factory workers called the van “King Kong”. On the UAZ, a small hood appeared in front of the windshield for access to the cooling radiator and the glass blower fan. This, by the way, gives rise to attributing the UAZ-3972 to the class of semi-hood cars. The appearance of the new UAZ was very similar to the Austrian Steyer-Daimler-Puch Pinzgauer 710, only on a reduced scale. The NATO vehicle was seriously different from the domestic one in its stuffing: it was based on the “Tatra” backbone frame, independent suspension and a ground clearance (again due to gearboxes) of 335 mm. 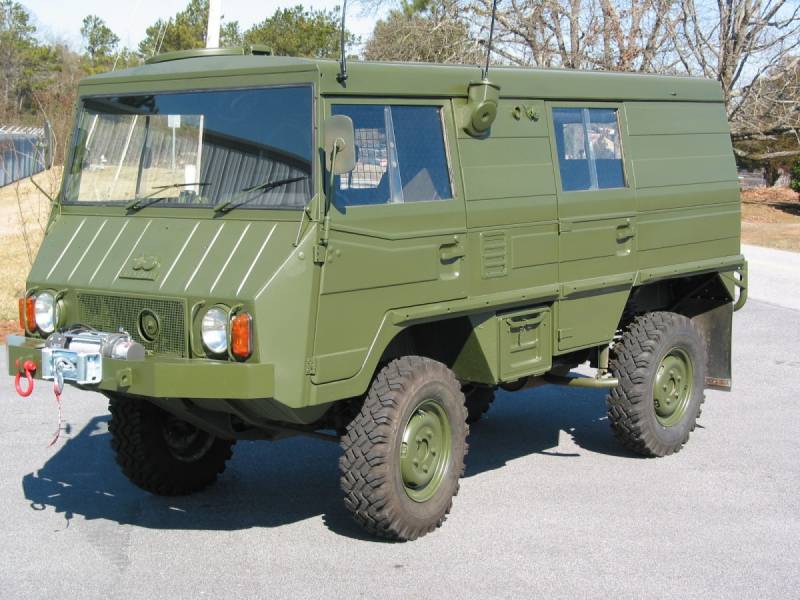 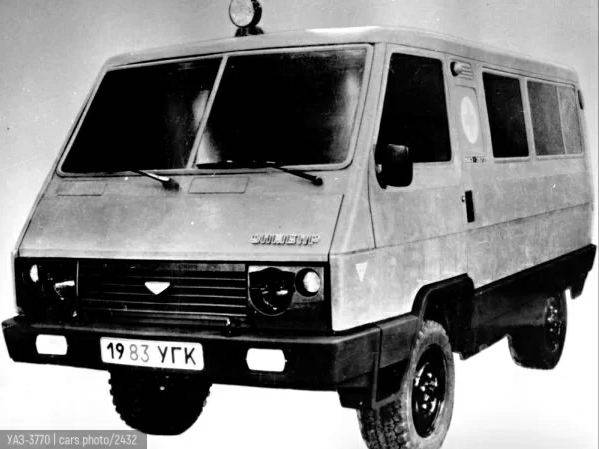 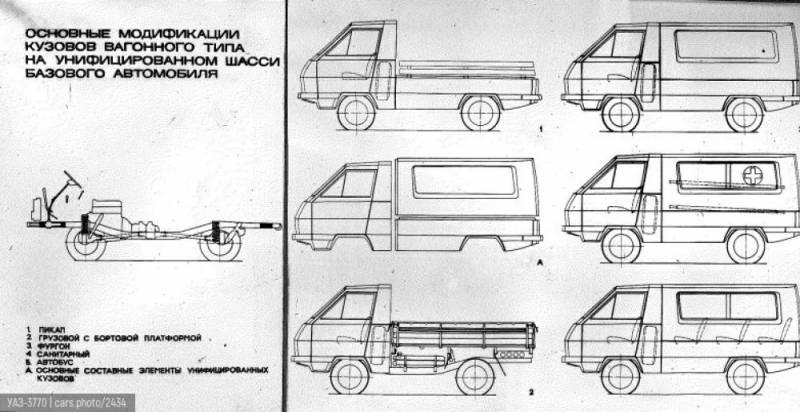 In the late 70s – early 80s, UAZ worked on a whole family of vans under the 3770 index and the name “Simbir”, but they remained in the form of models. This project can be considered the ideological predecessor of the Wagon ROC. Source: ru.cars.photo 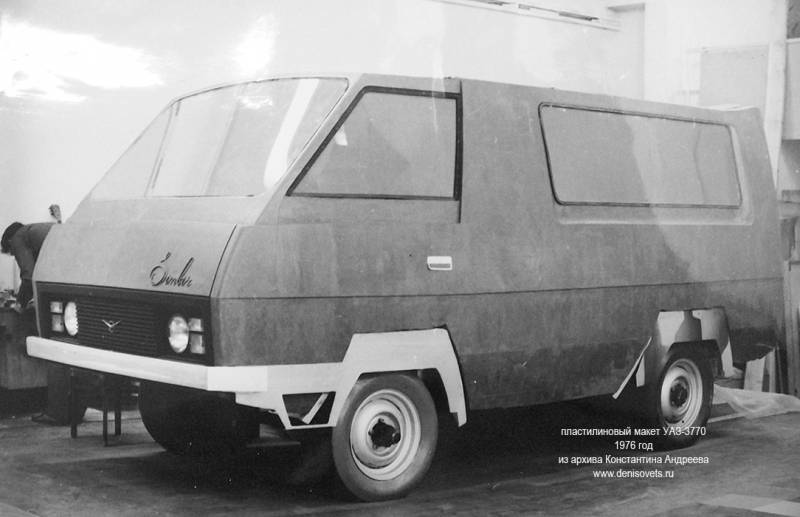 The power plant on the UAZ-3972 was a classic UMZ-4178 with a capacity of 92 liters. with., but in the future they planned to mount the UMZ-421, which already develops 105 hp. with. An interesting story is with the layout of the engine. The fact is that initially it was planned to place the motor strictly in the center, but this, as in the case of the usual “loaf”, shifted the driver’s seat to the door to the left. It turned out to be uncomfortable to sit, and the view from the driver’s seat was unsatisfactory. Therefore, the UMZ-4178 was moved 3 cm to the right (initially there was an idea to move it immediately by 7 cm) and the driver seemed to become more comfortable. But the problem of visibility was not solved by such a microscopic redevelopment: it was also aggravated by the flat windshield. 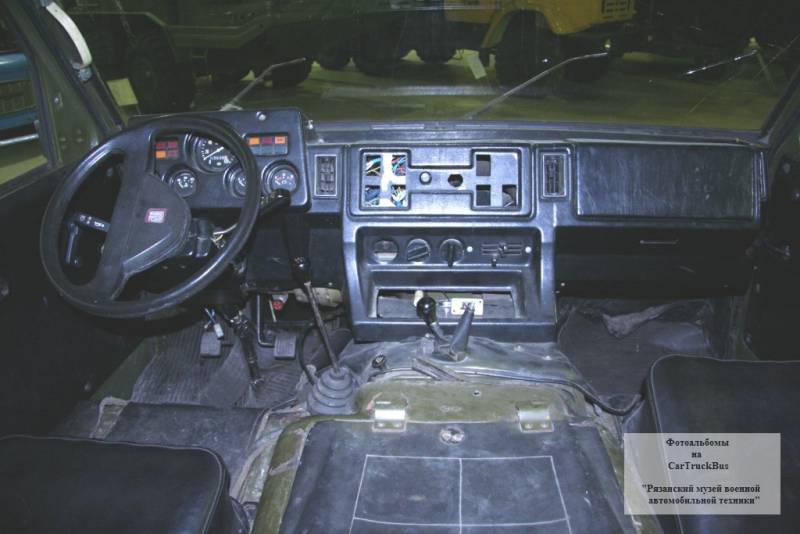 The most important thing in a promising van was the improvement of the driver’s working conditions, which is especially evident in comparison with the UAZ-452 series. There was not much painted metal left in the cockpit, and the dashboard, steering wheel and instrument cluster both in design and execution fully corresponded to the requirements of the time.

The military auto industry saw the collapse of the Soviet Union in a period of large-scale rearmament. Due to lack of money and lack of orders, many promising developments did not see the light of day. Some of them have found their embodiment in technical projects of modern Russia, and some have disappeared into obscurity. The little-known Wagon project was among the latter: neither the army nor the civilian sector received a replacement for the well-deserved UAZ-452 family. Apparently, ahead of the car and 65-year, and even 70-year conveyor anniversaries.