In the article “Consequences of a Global Nuclear War”, we examined the factors complicating the restoration of civilization after a hypothetical global conflict with the use of nuclear weapons.

Let’s briefly list these factors:
– the extinction of the population due to mass death at the very beginning of the conflict due to the highest urbanization and the subsequent high mortality due to a general weakening of health, poor nutrition, lack of hygiene, medical care, unfavorable climatic and environmental factors;
– the collapse of the industry due to the failure of high-tech automated equipment, the lack of qualified labor and the globalization of technological processes;
– the complexity of resource extraction due to the exhaustion of easily accessible deposits and the impossibility of recycling many resources due to their contamination with radioactive substances;
– a decrease in the area of ​​territories available for living and movement due to radiation contamination of the area and negative climate changes;
– destruction of the state structure in most countries of the world. 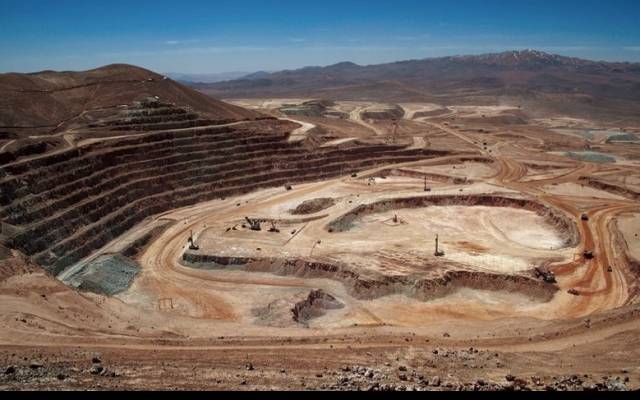 The world’s largest copper mine in Chile, Escondida. Copper deficiency is already felt today, even without global shocks

On the one hand, all of the above factors will significantly complicate the development of the post-nuclear industry and the creation of new weapons and military equipment (AME). On the other hand, the lack of resources and territories for comfortable living is a destabilizing factor that provokes military conflicts.

In other words, they will fight, but the composition of weapons and military equipment in post-nuclear wars will change significantly in comparison with what determined the appearance of wars of the past and present.

It is highly probable that the state system in most of the developed countries of the world will be destroyed, and in the undeveloped countries it is not stable even now. As a result, tribal communities and some quasi-state formations resembling feudal principalities will become the most common forms of uniting people.

In the absence of law and order, there is no doubt about the emergence of the strongest stratification of society, right up to the return to slavery. Moreover, judging by the latest events, in some states of the United States, it is not the black population that will be enslaved.

Production in the first decades, and even in the first century after the nuclear conflict, will be artisan workshops equipped with primitive equipment. In more developed quasi-state formations, manufactories will appear, which to some extent will implement the conveyor division of labor. The most difficult thing will be with the production of electronic components: in the best case, the production of the simplest radio components will be established. 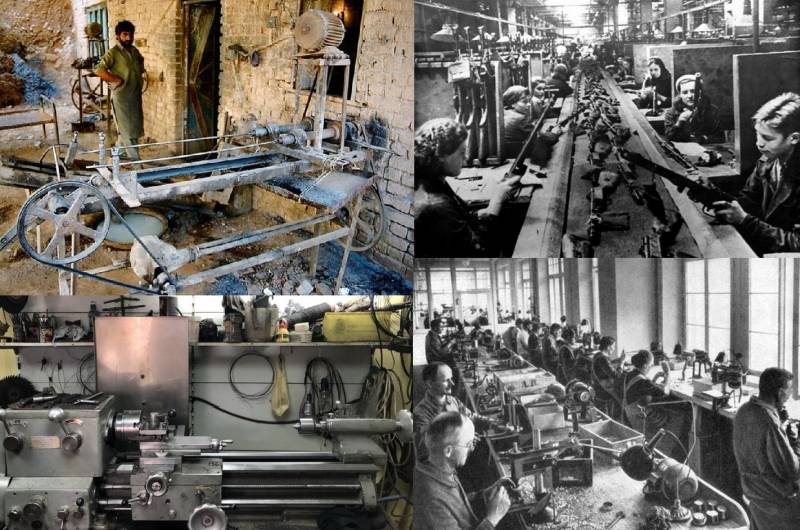 At the initial stage, the production of the post-nuclear world will be much inferior even to factories from the First World War.

In such conditions, it is difficult to expect the emergence of high-tech types of weapons, as well as weapons and ammunition, which will be produced in a large series.

Determining factors will be a shortage of fuel, a shortage of copper and a lack of complex electronic components. It will become impossible to ensure the creation of any large formations of armored vehicles, the widespread use of artillery and small arms. Most of the mobilization depots with weapons and ammunition will be destroyed during the “hot” phase of the nuclear conflict. 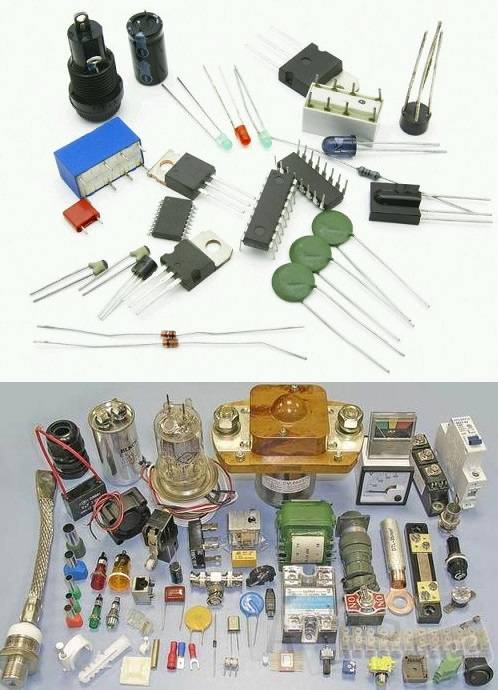 The lack of production of electronic components will significantly complicate the creation of even the simplest models of guided weapons. 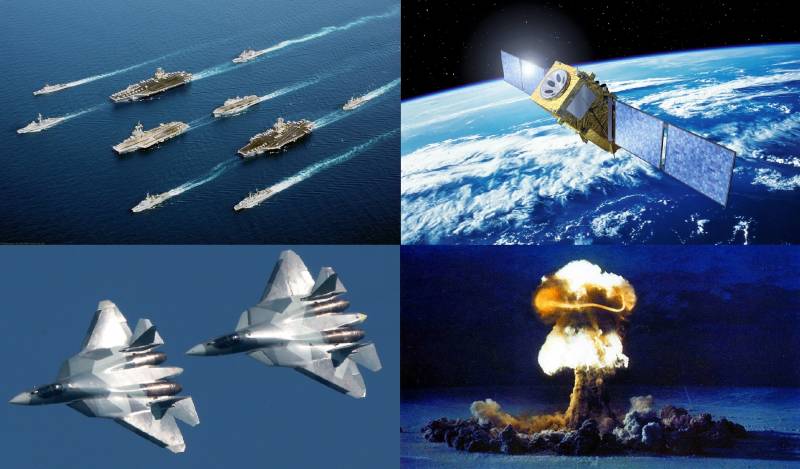 What is left then?

A shortage of ammunition is likely to lead to a forced refusal to fire bursts. At first, the remnants of ammunition of 5.56×45 / 5.45×39 / 7.62×39 calibers (depending on the territory of distribution) with appropriate weapons will be spent. But in the future, as the shortage of cartridges grows and the barrels wear, most likely, there will be a return to cartridges of the 7.62×51 / 7.62x54R type and the corresponding semi-automatic weapon for these cartridges. Due to the low quality of “post-nuclear” cartridges, even simpler samples of weapons with manual reloading, for example, with a sliding bolt, can become widespread. 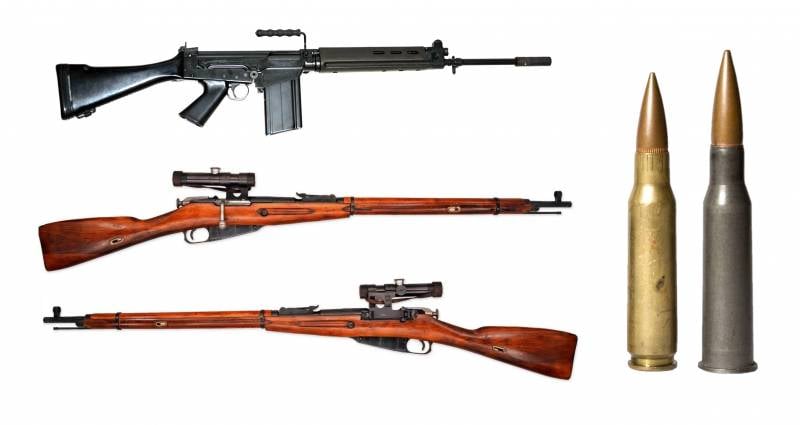 Small arms such as the FN-FAL semi-automatic rifle and the Mosin rifle with a sliding bolt chambered for 7.62×51 and 7.62x54R cartridges, respectively, may become the most effective in the post-nuclear world

A similar situation may arise with machine guns: there will be no cartridges. It can be assumed that some of the machine guns can be converted into semi-automatic rifles of the corresponding caliber.

As the production of ammunition increases, automatic weapons, primarily machine guns, will return to their positions.

Surviving after the first exchange of blows, and subsequently home-made and newly produced grenades, explosive devices and Molotov cocktails will be one of the simplest and most accessible means of warfare. 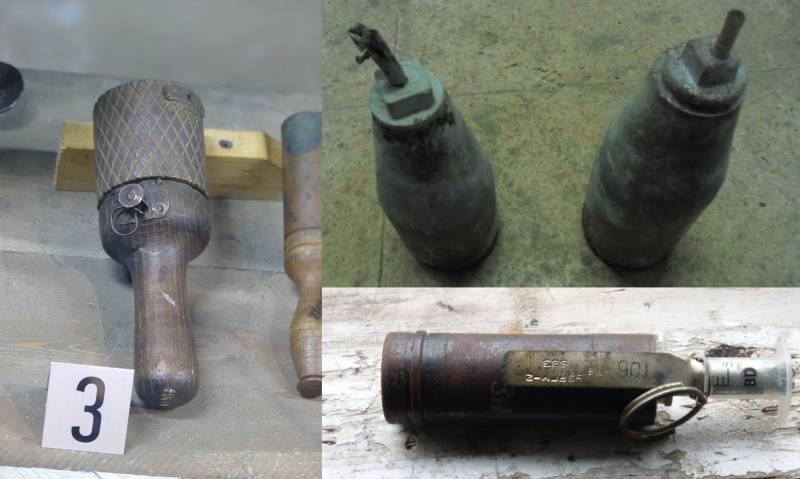 The infantry of the post-nuclear world will most likely use the simplest hand grenade launchers as heavy weapons. The winding of disposable transport and launch containers made of fiberglass is unlikely to appear soon after the war, therefore, various modifications of the Soviet RPG-7 with high-explosive (HE) ammunition and grenade launchers, similar to the “shaitan-pipes” produced today by terrorists of various stripes, will become widespread. 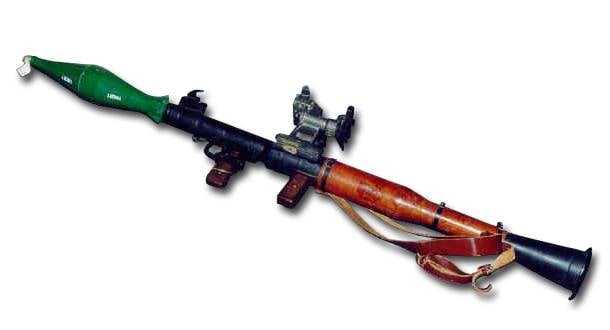 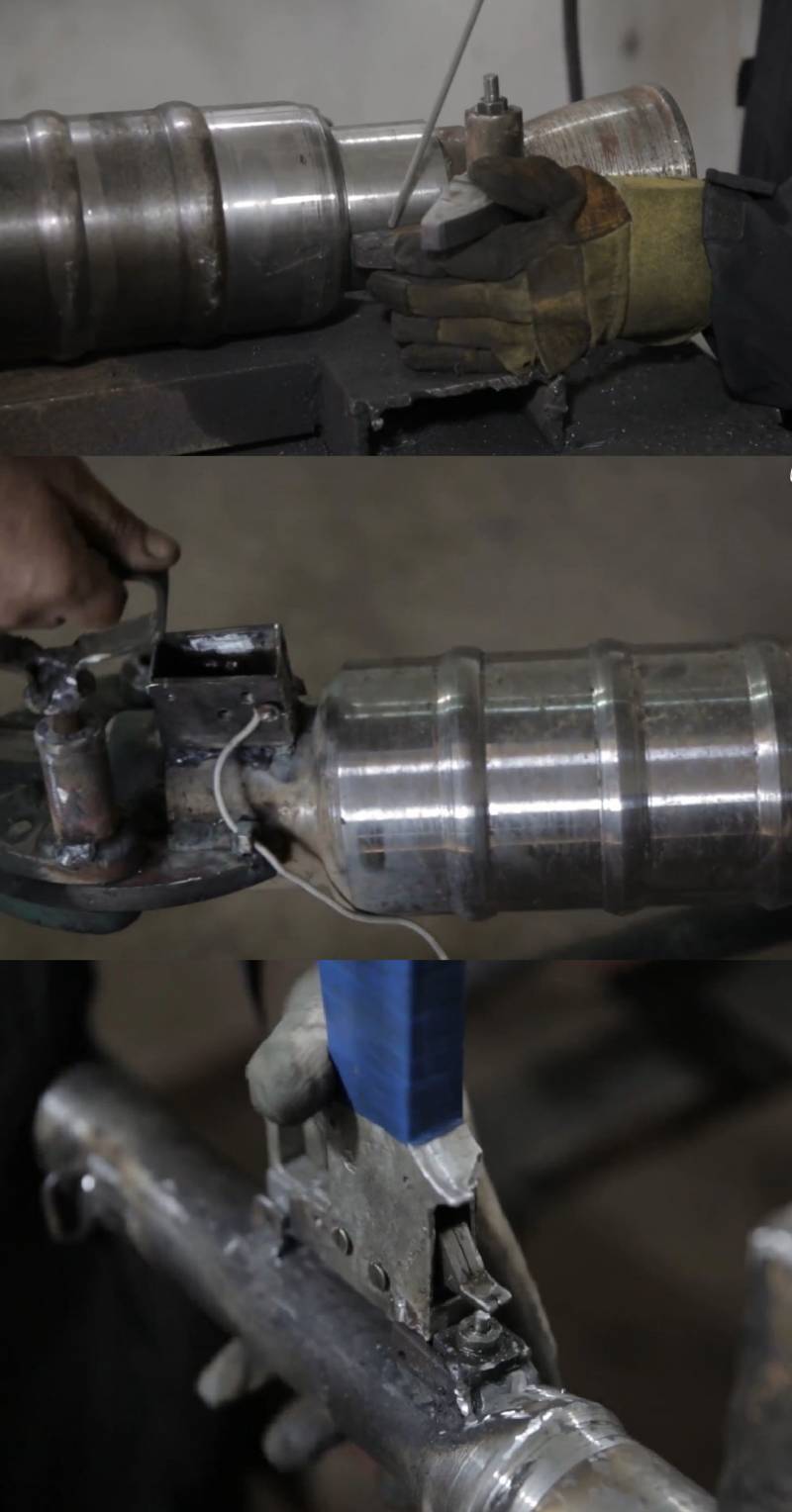 As the technologies of the post-nuclear world improve, the simplest anti-tank guided missiles (ATGM) of the Fagot or Konkurs type with control by wire may appear.

As in the case of small arms, the shortage of ammunition will lead to the abandonment of the massive use of artillery and multiple launch rocket systems (MLRS).

The most widespread, most likely, will receive recoilless guns, similar in manufacturing technology to RPGs, as well as mortars of various calibers. 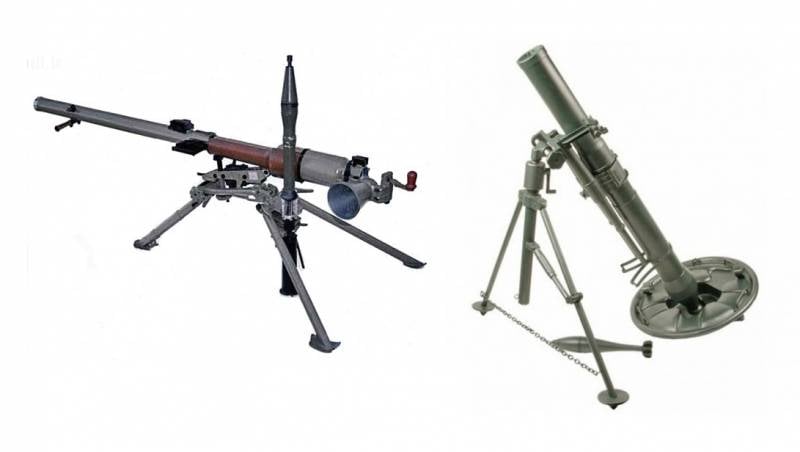 They will be joined by the simplest MLRS, consisting of one to four barrels, similar to those used by Hezbollah fighters against Israel.

Artillery carrying out direct fire can receive limited use if such weapons remain after the active phase of a nuclear war. Large caliber guns are more likely to be used to reinforce defensive positions, while lighter guns can be placed on vehicles.

Tanks as the main striking force of the ground forces for a long time will not be affordable for the armies of the post-nuclear world. Basically, the surviving and restored tanks, depending on their condition, will be used as stationary or restrictedly mobile firing points.

In offensive operations, tanks will be used extremely rarely, both due to a lack of fuel and due to the rapid depletion of the resource of the running gear, engines and guns of the existing tanks. At the same time, there will be few tanks, and a lot of anti-tank weapons, which will also not contribute to the use of tanks in the offensive.

The relative availability of coal could trigger a renaissance of steam locomotives as one of the main means of transportation and the emergence of armored trains. Armored trains will be used as part of railway convoys to guard transported goods. 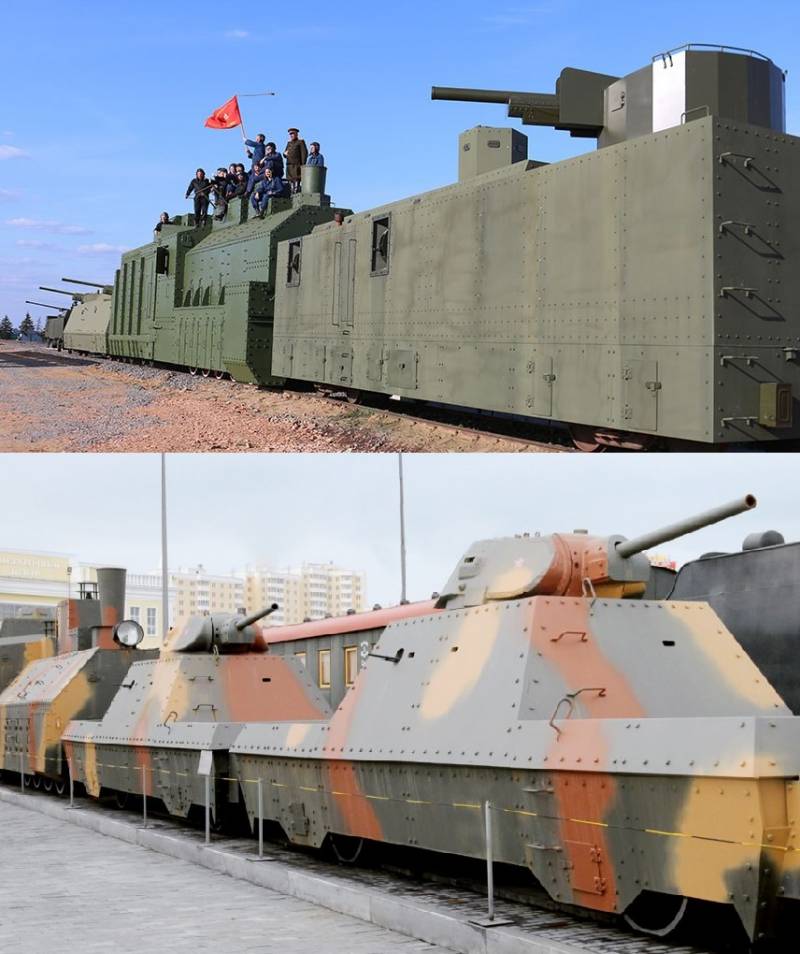 The mobile forces of the post-nuclear world will be predominantly based on wheeled vehicles assembled from the remnants of vehicles produced before the war. Basically, these will be off-road vehicles of various classes and a kind of analogue of cars of the “gantruck” type.

In warm regions with low radioactive contamination of the terrain, buggies can spread. 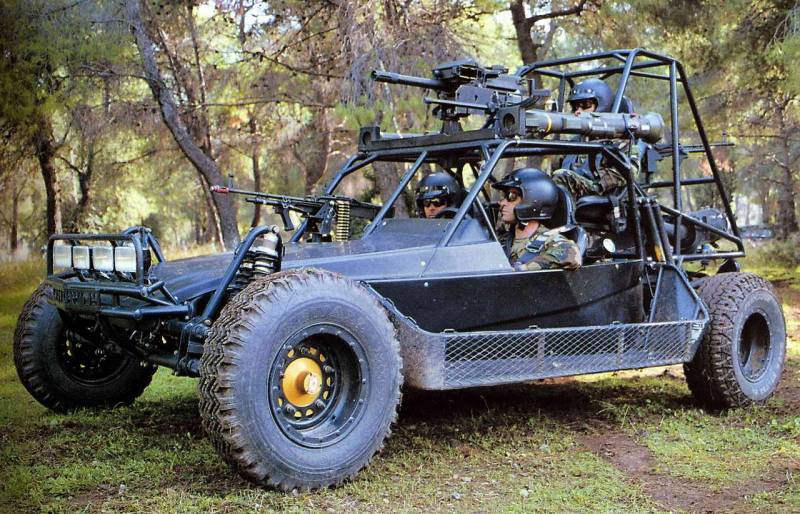 Along with homemade hand grenades, mines will become one of the most affordable means of armed struggle.

As can be seen from the composition of the weapons given above, defensive weapons of armed struggle will receive priority development in the post-nuclear world. The superiority of means of defense over means of attack will contribute to the positional conduct of conflicts, which is quite consistent with the expected level of “rollback” of humanity to a level of development equivalent to the beginning of the 20th century.

The main forms of hostilities between entities with comparable human and material resources will be reconnaissance and sabotage activities, attacks on convoys and unprotected areas of the territory. The tactic is to find a free site that is interesting from the point of view of residence, resources or defense, gain a foothold on it, create strongholds and / or a line of defense.

As always in history, larger, stronger and more developed communities will absorb or destroy weaker ones, gradually expanding and turning into quasi-states. As the mining and production capabilities of such quasi-states grow, the armed forces of the post-nuclear world will begin to evolve, repeating the path of development traversed in the 20th century and at the beginning of the 21st century, with the only difference that it can stretch for two to three centuries.

In the next article, we will consider the aviation and navy of the post-nuclear world.