Indeed, a very interesting, albeit little-known battle took place on December 28, 1943 in the Bay of Biscay. Two British and 11 German ships converged in a very controversial battle.

Painting by Norman Wilkinson “The Battle of the Bay of Biscay”

A few words about the characters.

British light cruisers Glasgow and Enterprise. “Glasgow” is the newest of the type “Town”, “Enterprise” – outright old, launched in 1919 and entered service in 1926. 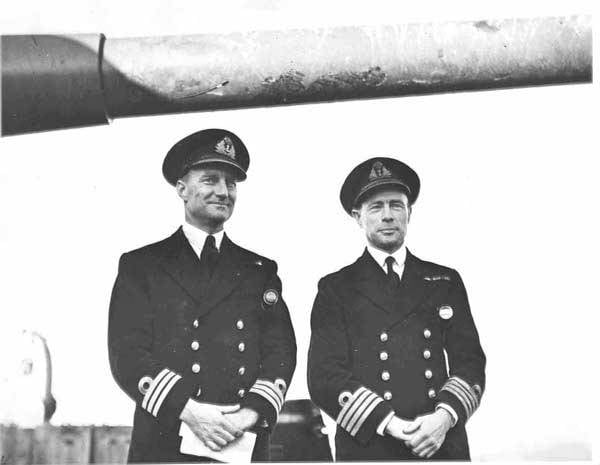 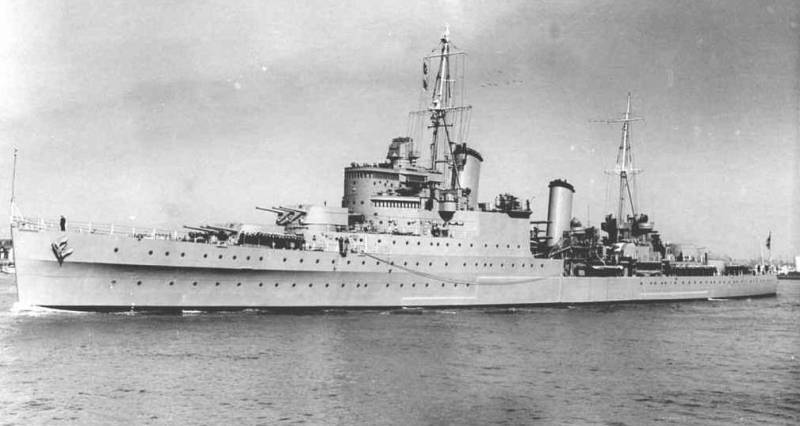 On the German side, 5 Type 1936 destroyers and 6 Type 1939 destroyers took part. The latter were also called “Elbingas” after the shipyard where they were built. 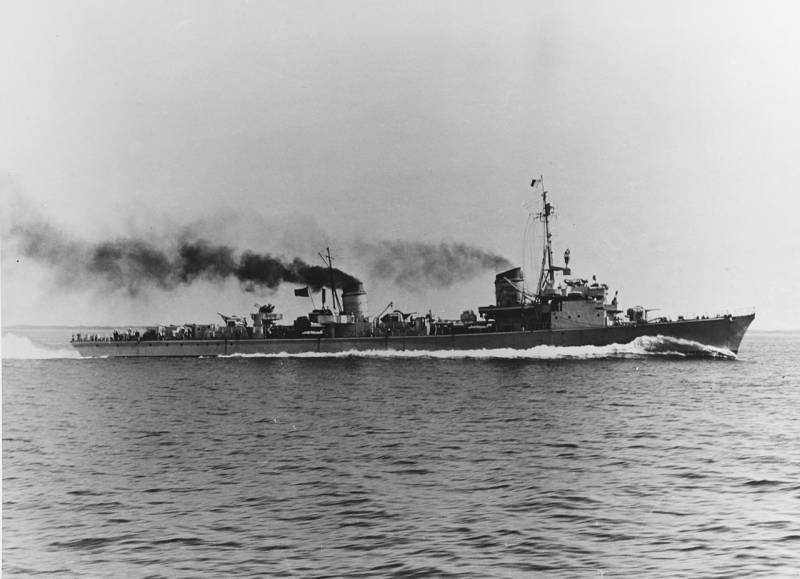 And the main character, because of whom everything happened in general, is the German blockade-breaker “Alsterufer”. And although his participation in our history is more than episodic, everything, in fact, began with this trough.

A few words about the so-called blockade breakers. Under this loud term, in general, ordinary cargo ships were hidden. 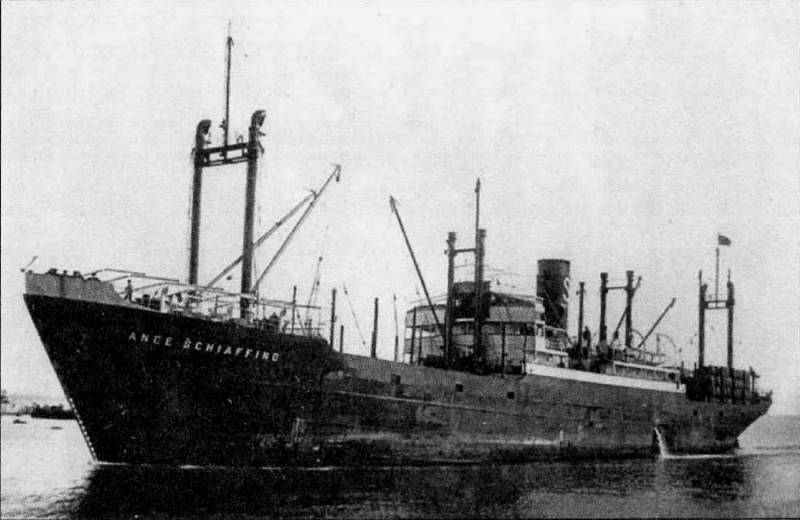 Naturally, the fleet of Britain, which declared the blockade, climbed out of its skin (torn to its flag) so that these breakers did not reach the ports. But this is a separate story altogether, so we will return to it another time.

So the blockade-breakers had to show miracles of resourcefulness, change flags and names in order to get closer to their ports. And then the Kriegsmarine was supposed to work, ensuring the escort of cargo ships to their ports exactly where the meeting with British ships was most realistic.

And the British, accordingly, very zealously searched for these transports and drowned them with great pleasure.

Therefore, when the Alsterufer came close to the shores of France, the interests of two parties clashed: the German, which wanted to conduct the transport to itself, and the British, which wanted to sink it.

A British aerial reconnaissance aircraft spotted the Alsterufer and the countdown of our event began. Naturally, both sides sent their representatives, the British cruising patrol of two light cruisers, and the Germans – 11 destroyers and destroyers.

Actually, everyone was late. British aircraft managed to sink the Alsterufer on December 27, 1943, and, in principle, the efforts of the crews of the ships were wasted. But in the Bay of Biscay that day there were two cruisers and eleven destroyers and destroyers. And December 28 became the day when the two detachments met, despite the fact that one of the detachments (German) was not particularly eager to fight, on the contrary, without finding the Alsterufer, the Germans were able to understand what was what and go on the opposite course, in Bordeaux and Brest.

So, let’s go through the characters.

If you look at the numbers, the Germans had the opportunity to butcher the British cruiser easily and naturally with torpedoes alone. And in terms of artillery, the advantage was small, but the Germans had it.

However, the Bay of Biscay in December is not the Mediterranean for you. It’s still the tip of the Atlantic Ocean. And here it is worth looking at a few more figures, namely the displacement.

“Glasgow” (like all “Southamptons”) had a standard displacement of 9,100 tons.
The Enterprise had this figure of 7,580 tons.

The Type 1936A destroyers were larger than any of their classmates. Even closer to the leaders. And their standard displacement was 3,600 tons.

The Type 1939 destroyers were ordinary ships for this class with a displacement of 1,300 tons.

That is, we can immediately conclude that the British cruisers were more stable gun platforms, and in conditions of ocean waves they definitely had an advantage over German ships. And it so happened that the radar operators on the “Glasgow” in the afternoon (at 12-40, to be exact) found a detachment of German ships. And about 13-30 Kriegsmarine destroyers have already spotted visually.

It so happened that the battle had to be fought only with the larger Type 1936, since the excitement that arose in the bay did not allow the smaller destroyers. Waves flooded the towers of the destroyers sitting low in the water, rangefinders, even the elementary loading of guns, which was manual on the destroyers, turned into a serious task.

And the British at Glasgow also had a radar …

Using radar data, “Glasgow” at 13-46 opened fire on the destroyers from a distance of about 10 miles. The fire was directed by the bow towers and was inaccurate. The Germans reduced the distance to 8 miles and also opened fire with guns, and the Z-23 also fired six torpedoes at the British.

The Germans fired well, the first volleys fell within a cable and a half from Glasgow. Plus, a radio-directed FW-200 Condor patrolman flew in and attacked Glasgow, but the British fired very dense anti-aircraft fire and the bombs dropped by the Condor fell very inaccurately.

In general, the Glasgow crew showed themselves just fine at the beginning of the battle. Having fought off the Condor, the British noticed the torpedoes and were able to dodge them.

Z-37 fired 4 torpedoes at the Enterprise, but the second cruiser was also able to dodge, although this had to break away from Glasgow.

We can say that the beginning remained with the Germans. They were able to separate the enemy cruisers, and the commander of the destroyer group Erdmenger decided to split the ships into two groups and take the British in “pincers”.

The idea was good, which cannot be said about the execution.

The torpedo attack did not work at all, for a completely incomprehensible reason. The Germans fired only 11 torpedoes in addition to the top ten and that was it. Moreover, the torpedoes again passed the British ships.

The British, assessing the situation with the help of radar, followed the northern group. The Glasgow commander, Captain Clarke, lay on a course parallel to the destroyers and opened fire.

First, the 152mm round hit the group leader, Z-27. Moreover, in the boiler room. The destroyer slowed down and turned west along with the Z-23 covering it.

Since all 150-mm guns of the group were out of action, the Glasgow quite calmly staged a massacre against the destroyers, who could not oppose anything to the cruiser at all.

First, the T-25 received two rounds from Glasgow. Both got into the turbine compartments and the destroyer completely lost its course. The T-25 commander asked the T-22 to come up and take off the crew.

After some half an hour, the T-26 also received a shell in the boiler room. A fire started there and the T-26 also lost its speed.

The T-22 launched a torpedo attack, trying to drive away the Glasgow with at least this demonstration, but he himself was driven away by the Glasgow crews, who demonstrated accurate shooting in conditions of excitement. All 6 torpedoes from the T-22 passed the Glasgow. By the way, 3 torpedoes were also fired from the T-25, but with the same result.

Clarke made a wise decision, ordering the slower Enterprise to finish off the damaged destroyers, while he sent Glasgow behind the Z-27.

This was very easy to do, fortunately, the Z-23 crew simply abandoned the damaged flagship and disappeared. But the radar “Glasgow” unmistakably found the Z-27 and from a distance of 8 cables (point-blank, if naval) shot the destroyer. At 4:41 pm, one of the shells hit the ammunition cellar and the Z-27 exploded and sank. 220 people died with him.

The Enterprise’s crew wasted no time either, and first found the immobilized T-26. Two torpedoes – and the destroyer sank to the bottom, taking 96 crew members with it.

After 15 minutes, the cruiser discovered a second destroyer, T-25, which also stood, losing its course. From a distance of 11 cables, the Enterprise opened fire with guns. The crew of the T-25 began to snap back from two 105-mm guns, the British decided not to get involved and sent the ship to the bottom with a torpedo. Minus another 85 German sailors.

The rest of the German ships safely left for the ports of France, except for the Z-32 and Z-37, which, after making sure that the British cruisers left, returned and began to rescue sailors from the sunk ships.

The results of the battle for the Germans are more than sad. 1 destroyer and 2 destroyers were sunk, 401 people died. British losses are more modest: 2 killed and 6 wounded from a single 150-mm shell that hit the cruiser Glasgow. The Enterprise’s Canadian crew suffered no losses.

The stunning inaccuracy of German sailors when firing torpedoes is surprising. Yes, the Canadians from the Enterprise were hit by three out of three torpedoes. Yes, they fired at stationary ships, but the fact that the Germans did not hit a single out of three dozen torpedoes fired also speaks volumes.

There are claims to the commander of a group of German ships. 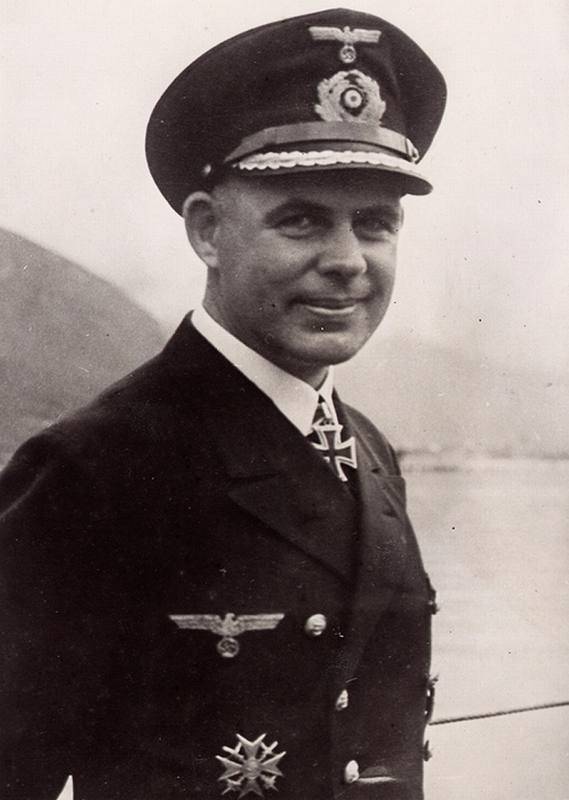 Commander of a group of German destroyers Erdmenger

It is difficult to say what the point was in a rather useless attack on cruisers by forces of only large destroyers. It was not possible to realize the main advantage in torpedoes, and as artillery platforms, larger cruisers were preferable.

Considering that the Scharnhorst was sunk in the Arctic literally the day before this defeat, and in fact only Glasgow fought in the Arctic, the German fleet received two loud slaps from the British fleet.

And the consequence of the defeat in the Bay of Biscay was the cessation of attempts to deliver strategically important materials from the same Japan using surface ships. In 1944, these responsibilities were assigned to the submarine fleet under the command of Karl Doenitz.

But that’s a completely different story.

We can only pay our respects to the crew of the cruiser “Glasgow”, which did not deal with statistics and counting the enemy’s barrels and torpedoes, but simply did his job. 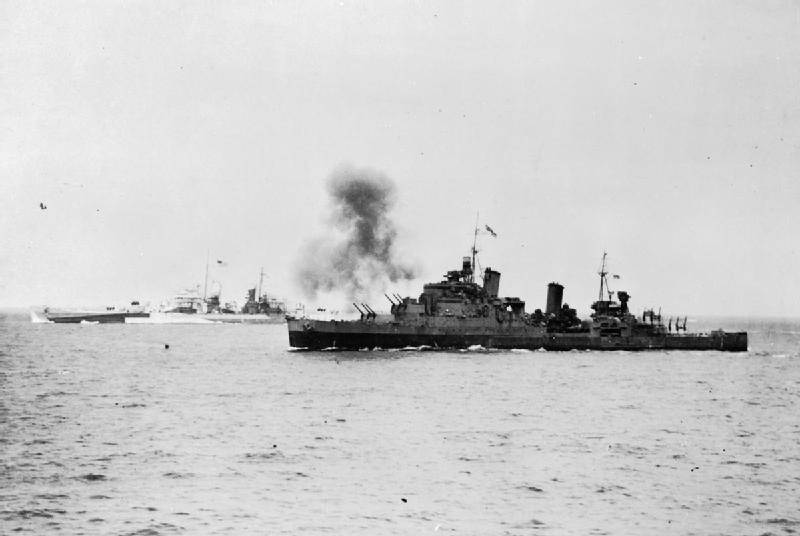 And, let us note, he did it very efficiently.