In 2013, the management of Lockheed Martin first announced the development of a promising SR-72 aircraft capable of developing hypersonic speeds. Such news, as expected, attracted the attention of specialists and aviation enthusiasts. In the future, new details of the work were repeatedly reported, but the finished aircraft is still missing, and its construction and tests were again postponed to a later date.

From rumors to news

Rumors about the possible development of a new aircraft with characteristics not lower than that of the strategic reconnaissance SR-71 have been circulating over the past several decades. So, in the middle of the 2000s, there were reports in the press about a new aircraft from Lockheed Martin, which could fly 5-6 times faster than the speed of sound. However, all these rumors were not confirmed.

The first official information about the project with the working title SR-72 was published in November 2013 by Aviation Week & Space Technology magazine. It was reported that over the past several years, Lockheed Martin and related organizations have been engaged in a variety of research and created scientific and technical groundwork for the subsequent design of a new aircraft. Then it was argued that an experienced aircraft demonstrating technology could be created as early as 2018. Several images of the aircraft as presented by the artist were attached to the messages.

Soon the new information was commented on by the US Air Force command. The Pentagon is generally interested in the development of hypersonic aviation. Samples of this class should provide advantages over a likely enemy in the distant future. However, the SR-72 project was not discussed with the Air Force. In addition, the project was presented during a period of gradual cuts in military spending, which could negatively affect its future.

At the end of 2014, it became known about a new agreement between Lockheed Martin and NASA to conduct research work on the topic of hypersonic propulsion systems. Apparently, these studies ended in success. At the beginning of 2016, Lockheed-Martin spoke about an imminent technological breakthrough, which will allow speeds up to 6M. 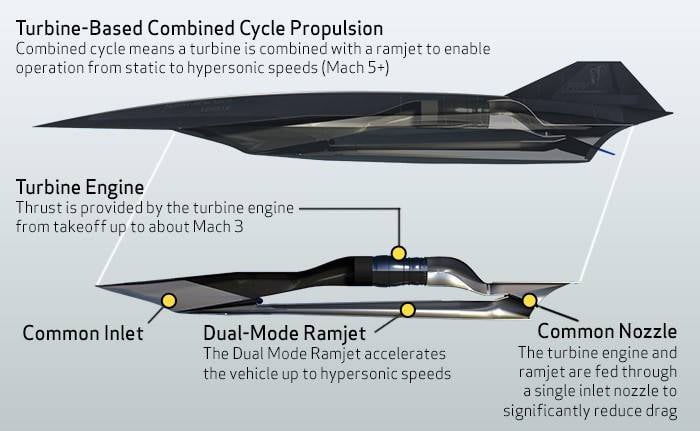 In mid-2017, the timing of the work was adjusted. Then it became known about the postponement of the main design work at the beginning of the twenties. By this time, it was planned to create the necessary technological and scientific groundwork.

Some interesting news came in early 2018. So, it became known that the construction of a demonstrator or an experienced SR-72 had not yet been launched. In addition, they announced the development of a number of new technologies that will ensure the creation of such an aircraft. It was noted that without them, it would not be possible to develop a car with the required level of performance.

The latest news on the SR-72 came a few months after that. Then Lockheed Martin said that a prototype aircraft will be built and will fly by 2025. The planned role of the machine was also disclosed. It is proposed to make it a carrier of hypersonic missile weapons.

Official images of the SR-72 aircraft, which may not reflect the actual design, show an IC machine with a lower fuselage and wing bearing surface, a delta wing with long beams and two engines in nacelles. Such materials do not allow determining the mass of important features of the project. In particular, it is still not clear if the SR-72 has a cockpit. Perhaps a heavy hypersonic UAV is being developed.

According to Lockheed-Martin, the new aircraft will be able to reach speeds of at least 5-6M. This places special demands on the design and materials of the airframe. According to various estimates, such a glider should have a mixed structure of heat-resistant alloys and composites. Additional cooling means may also be required, for example by circulating fuel, as on the serial SR-71. 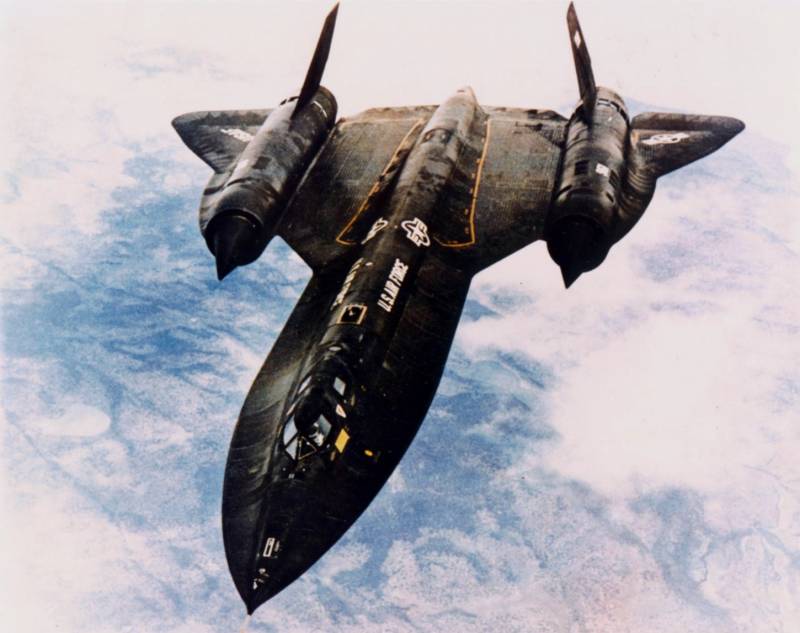 Together with the company Aerojet Rocketdyne, a new engine of a combined scheme with a turbojet and a direct-flow circuit was developed. To create such a power plant, it was necessary to master new technologies. So, in 2018, they talked about creating engine parts using 3D printing. This made it possible to integrate a cooling system into them, providing the necessary characteristics and preventing the destruction of the structure in the main modes of operation.

The United States Air Force and Lockheed Martin no longer see the point in creating a high-performance reconnaissance aircraft. Therefore, the promising SR-72, unlike its predecessor SR-71, will have to carry different equipment and / or weapons. So, it is proposed to make it a platform for hypersonic missiles, probably for strike purposes.

Soon after the “premiere” of the SR-72 project, representatives of the US Air Force talked about their interest in hypersonic topics. An aircraft with the highest flight performance can be useful for the further development of combat aviation. At the same time, it is not yet clear what niche the new Lockheed-Martin development will be able to occupy.

The proposal for a hypersonic missile carrier with hypersonic weapons looks more logical and interesting. Such a strike complex will be able to solve especially complex tasks and will seriously increase the potential of long-range aviation. First of all, it will significantly reduce the time required to strike at the designated target. In addition, the likelihood of a successful breakthrough through enemy air defense and missile defense increases. 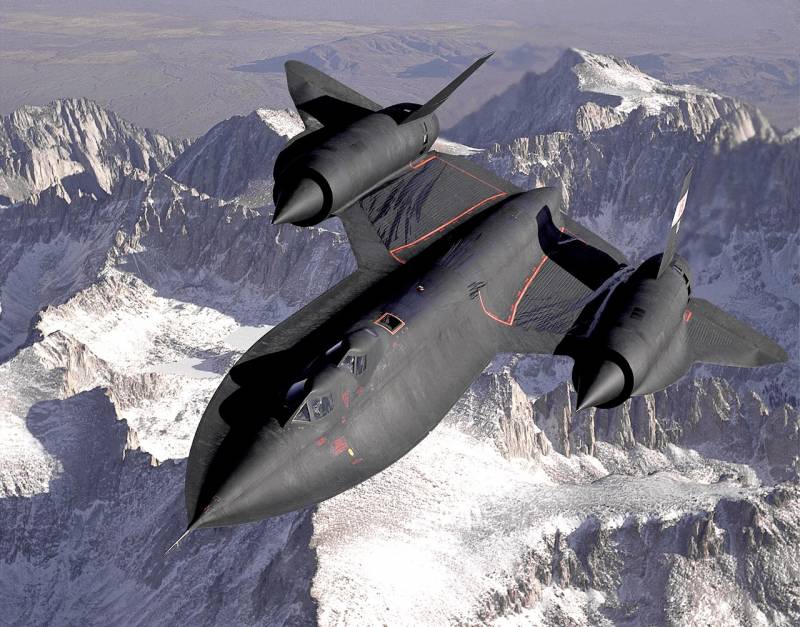 However, despite the interest in hypersonic topics, the Air Force is in no hurry to order further development of the SR-72 as a missile carrier. Moreover, there is simply no place for such equipment in the current plans for the development of tactical and strategic aviation. Frontline aviation in the foreseeable future will develop through the construction and modernization of aircraft of the current types. The future of long-range aviation is associated with the B-21 project – it will be an unobtrusive subsonic aircraft.

The real prospects of the SR-72 can also be affected by the complexity of the project. It is obvious that such an aircraft, even taking into account the savings in mass production, will be record-breaking expensive. Accordingly, even the wealthy US Air Force will not be able to create a large fleet of such equipment. The impossibility of building the optimal amount of equipment and achieving the desired indicators may even lead to the abandonment of the project.

Prospects of the project

As far as is known, to date, Lockheed Martin and related organizations have carried out a complex of research and development work and gained experience and technologies for the full development of the future SR-72. Reports from past years suggest that its design has already begun, and the first flight of the prototype will actually take place by the middle of the decade.

The real prospects of such a project are still in question. The potential customer speaks only of interest, but, as far as is known, he is in no hurry to conclude contracts and order a full-fledged combat vehicle. In addition, the aircraft with the characteristics and capabilities of the SR-72 does not correspond to the current plans of the Pentagon. Perhaps the Air Force is not yet willing to take risks and get involved with an overly daring project.

However, the situation may change in the coming years. By 2025, the development company plans to begin flight tests, based on the results of which a potential customer will draw conclusions. If Lockheed-Martin and its associates were indeed able to solve all the engineering and technological problems, the project will receive support and be able to move beyond test flights.

It is not known what scenario the events will develop in the coming years. The development company has long ceased to please the public with new reports about the SR-72, and the potential customer is in no hurry to disclose their plans and intentions. Apparently, reports on the progress of work will become constant and regular only by the time the tests start – if the project is not closed by that time.