After the US and China, let’s look at India as expected. This country has been a member of the aircraft carrier club for a very long time, moreover, the Indian Navy used this class of ships “in combat”. But now it is still worth thinking about the question in the title, because with Indian aircraft carriers not everything is simple and clear.

Old stuff on the cheap

India has had aircraft carriers for a long time. More precisely, right after the Second World War, when Great Britain sold to India the “Hercules” taken from conservation. It was built at the very end of the war, and therefore it did not have time for it and was mothballed in 1945. And stood until 1957, when he left the Indians and entered the Indian Navy as “Vikrant” in 1961.

The aircraft carrier had a displacement of about 20,000 tons, which is not much overall. On deck “Vikrant” carried 20-25 aircraft. Deck fighters Hawker “Sea Hawk”, anti-submarine aircraft Breguet Br.1050 “Alize”, American helicopters “Sea King” and French “Alouette”. 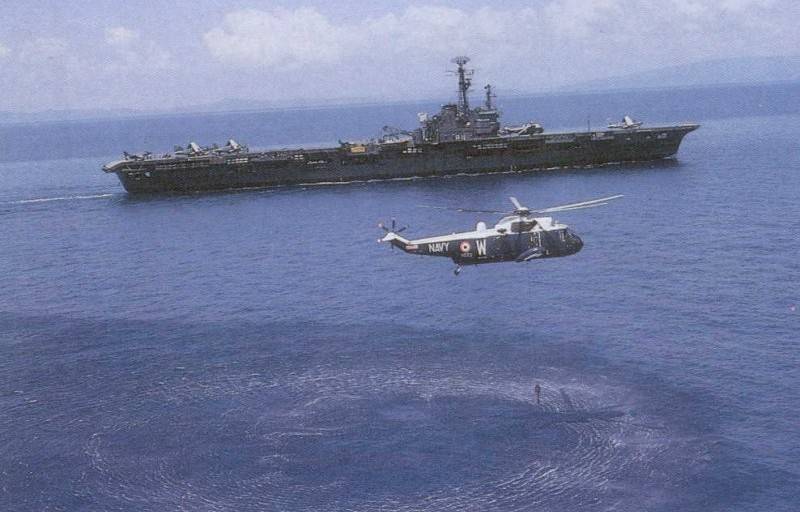 “Vikrant’s” life was eventful, he even took part in two wars with Pakistan (both countries have such a national entertainment) in 1965 and 1971. It is difficult to say what kind of damage the aircraft carrier’s fighter-bombers inflicted on the enemy, but there was something like that. We flew, bombed …

In general, “Vikrant” served 36 years. The Harriers replaced the outdated Sea Hawks on the deck, and then the aircraft carrier itself retired in 1997, 52 years after construction. The British knew how to build, to say nothing.

Replaced “Vikrant” in 1987 with “Viraatom” (also of British construction). Previously, the aircraft carrier was named “Hermes” / HMS Hermes. This is the same “Hermes” that took part in the war with Argentina over the Falkland Islands. That is, not the freshest ship, only in the Royal Navy it served for 27 years. 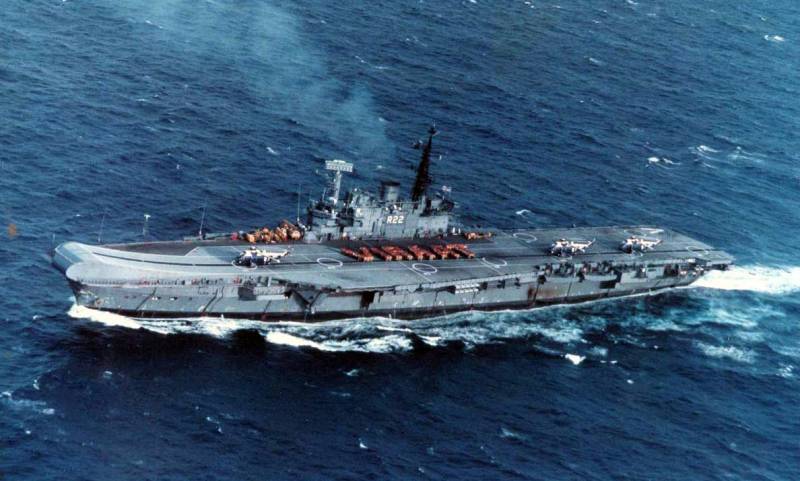 Viraat is larger than Vikrant at 28,700 tons. Accordingly, it carries more aircraft (30-35). These are the same Sea Harriers, Sea King helicopters, but Russian Ka-28 and Ka-31 were also spotted.

In 2014, the Indians tortured the Vikramaditya by completely rebuilding the Admiral Gorshkov TAVKR. Launched in 1982, “Admiral Gorshkov” (aka “Kharkov” – originally, aka “Baku”) after 32 years from a heavy aircraft-carrying cruiser turned into a “clean” aircraft carrier.

All in all, another piece of cheap stuff. 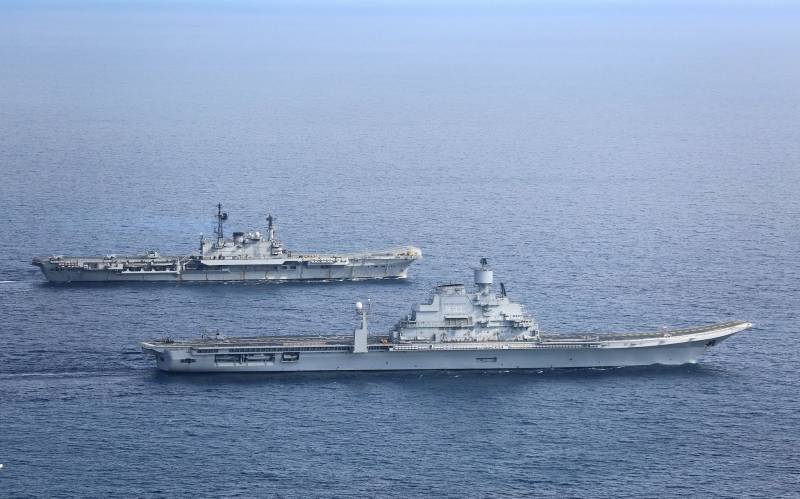 About why this is so, we will analyze a little further, although in principle everything is clear: I really want to have an aircraft carrier, but there is no money for it. Therefore, the Indian military shoveled all the trash in the military equipment markets, choosing something that will still serve. The main thing is that the price is appropriate.

For the sake of fairness, it should be noted that the American “Kiichi Hawk” and the French “Clemenceau”, although they were subjects for consideration, were not chosen due to the complete use of the resource.

But as we say, “God loves a trinity.” Therefore, India wants to add a third aircraft carrier to the new Vikrant and the “not entirely new” Vikramaditya, this time also of its own construction.

Yes, the Indians have such a fad: they have to build everything themselves. Even if they don’t know how. Just in case, so as not to run into sanctions or, for example, a deterioration in relations with a supplier of equipment.

And in 2012, work began on the construction of “Vishal”. “Vishal” is not at all what “Vikrant” or “Vikramaditya”, it is a ship with a displacement of about 65,000 tons, which corresponds to the CATOBAR scheme, that is, basing on board tankers and AWACS aircraft. Very similar to the American aircraft carriers and the French “De Gaulle”.

The British, for example, cannot afford this. And not only the British. But here the question is: will they be able to build at all and how quickly? And how will all this look in terms of performance and quality? But these questions are still unanswered.

Likewise, many are skeptical that Vishal will be atomic. Yes, we can say that India’s submarine fleet is nuclear, since there is one nuclear submarine there. But it was built not in India, but in Russia. And leased to India. This is K-152 “Nerpa”, Project 971 submarine.

“Vikrant” has been under construction since 2006, “Vishal” – since 2012. “Vikrant” should have already been “on the way”, but “a shift to the right” in terms of timing. Apparently, the Indians have caught the virus.

In general, aircraft carriers are only rapidly being made in the United States. Yes, not always of high quality.

But here an absolutely fair question arises: why does the Indian fleet need three aircraft carriers? 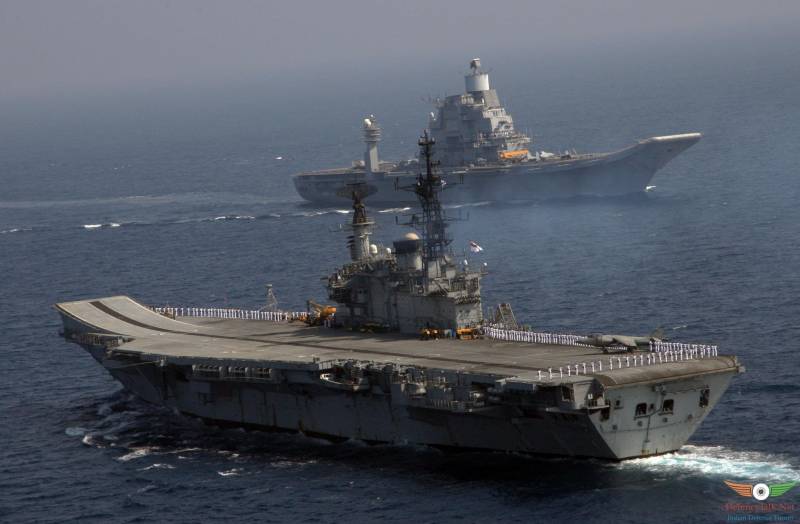 If we make a rating of the most scandalous (in terms of territorial disputes) states, then India and Pakistan will definitely end up there. And China will be nearby. For three, these neighbors have more than a dozen disputed territories, over which wars have been fought from time to time. Moreover, India is an indispensable participant.

The whole catch is that all the disputed territories lie, as it were, far from the sea. And for their solution, aircraft carriers will definitely not be required, because it is both closer and cheaper to fly from land airfields. And you can take more combat load.

Yes, there were battles at sea between India and Pakistan. But Pakistan has no aircraft carriers and the country’s navy is ridiculous compared to India’s. Already today, the Indian Navy has an overwhelming superiority in forces over the Pakistani Navy. After the implementation of the Indian plans (and taking into account the continuing systemic degradation of Pakistan), this superiority will become absolute.

Resume is not a competitor. 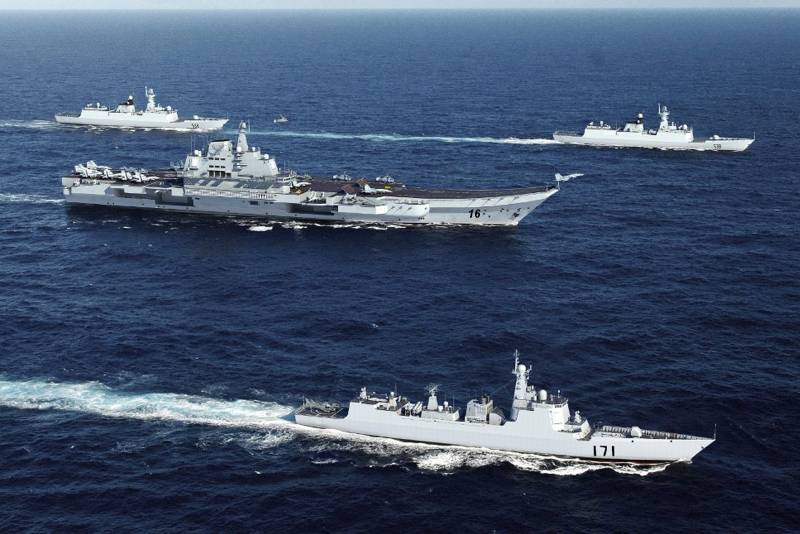 Disputes with the PRC are so far from the sea line, so that we can talk about them exclusively from a land point of view. China’s interests lie in the Pacific Ocean and the seas bordering the Indian Ocean. India’s interests in the Pacific.

The connecting link here is Pakistan. According to the principle “the enemy of my enemy is not necessarily my enemy”, China supports Pakistan with all its might, countries have entered into many different pacts and treaties and consider each other allies.

Considering the fact that the United States has grown cold towards Pakistan since the 90s and has been supporting India, the result is a confrontation square of India-USA and Pakistan-China links.

And here different scenarios are possible.

In fact, it is not a fact that India and China will sooner or later come together in a duel. I think it’s just a matter of muscle flexing and demonstration of opportunities.

The Indian faction of Vikramaditya and Vikraan against China’s Shandu and Liaoning does not look confident.

About 50 Chinese J-15s (Xerox Su-33) against the same (or even slightly less) number of MiG-29Ks look more confident. Yes, the Chinese plane is heavier, but it has a greater combat load and range. 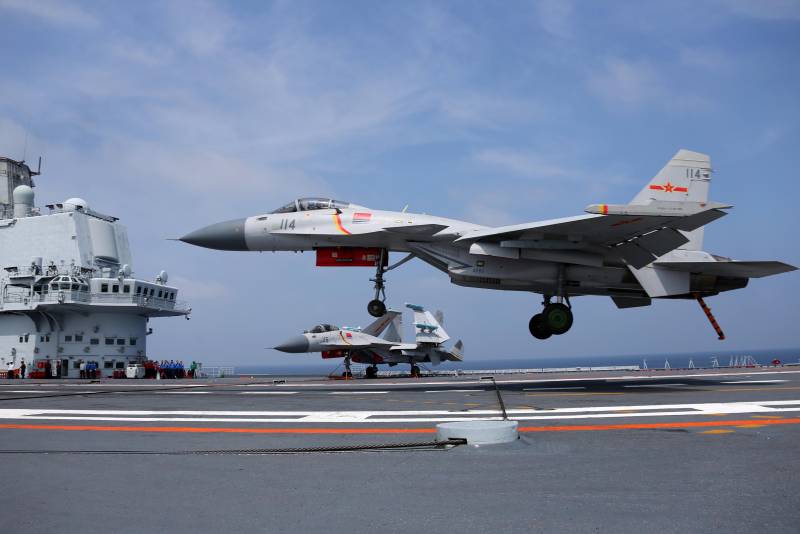 Therefore, India really needs a third aircraft carrier. Even to demonstrate their power in the region. So the Vishal with a larger air group (up to 40 MiG-29K, Rafal or Tejas aircraft) could provide India with a theoretical advantage.

Why theoretical? Simply because the PLA fleet of the PRC consists not only of aircraft carriers. And in terms of providing support for its aircraft and countering the Indian, the Chinese fleet looks much more preferable. 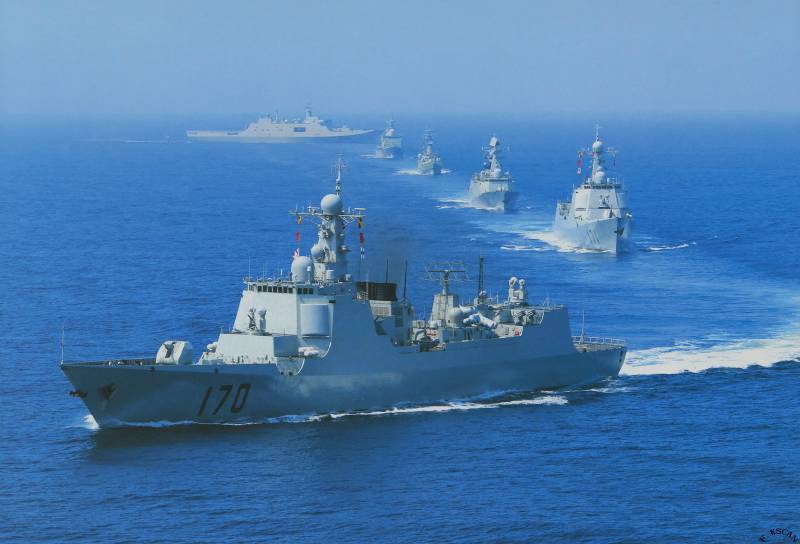 This is the meaning of the fact that the strength of the fleet is not only in carrier-based aircraft. The ambitions of the PRC fleet also extend to the construction of a third aircraft carrier, but the fleet itself is superior to the Indian fleet in terms of its composition.

We do not take the real confrontation between India and China, in which the United States can stand up for its ally. But with the current state of affairs, China will have to respond to the challenge (if any) by building another aircraft carrier.

Three aircraft carriers, armed with aircraft such as the J-15, will be difficult for India to neutralize.

And if we add that the PRC plans to create three operational aircraft carrier groups (which, in addition to aircraft carriers, will include 2 Project 055 missile destroyers, 4 Project 052D destroyers and 4 Project 054A frigates) – India will have nothing to oppose to such strike formations. Today (and tomorrow too) the Indian fleet is not able to play on an equal footing with the Chinese.

The only thing on the side of India is almost half a century of experience in using aircraft carriers, a training school for naval pilots, and the ability to work tactically.

But if we are talking about claims to dominance in the Asia-Pacific region, then only aircraft carriers (one of which is even of the Vishal type) is not enough. 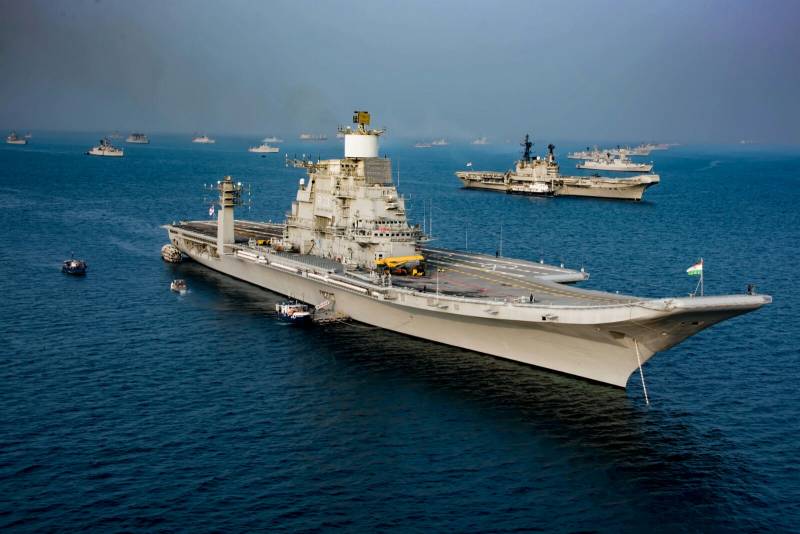 A symbol of respectability

So why does India need aircraft carriers?

Today, an aircraft carrier is not only a striking force. It is a symbol of naval power and a level of respectability, if you will.

And India is the best example of this.

The country does not have such huge territorial claims to its neighbors; in fact, there is no prospect of becoming a leading power in the Indian Ocean, since this requires not military force, but something else.

But India is frantically trying with all its might to show its power. Even if it was due to the reanimation of outright old stuff like “Gorshkov” and “Hermes”.

If the program for the construction of the new “Vikrant” and “Vishan” ends successfully, then India will take a step towards being considered one of the world leaders. At least in the Asia-Pacific region.

So India needs aircraft carriers solely to maintain its reputation today and (if everything goes well with the construction of new ships) claims to leadership in the region.

Because in practice, for real leadership and muscle flexing, you need not only aircraft carriers, but a full-fledged fleet. Which India doesn’t have yet. So the aircraft carrier for the Indian Navy is a kind of incentive for further development.