On December 24, 2019, near the Dzemga airfield in the Khabarovsk Territory, a Su-57 crashed: fortunately, the pilot ejected and survived. This was the first production model, which, of course, only added fuel to the fire, kindled by the critics of the program.

However, something else is much more important. Despite the fact that the plane can be said to be ready, it can be argued with a high degree of certainty that as of March 2020, there are no foreign orders for it. Simply put, no aircraft has been purchased by another country.

Recall that the Indians in 2018 withdrew from the project known as the Fifth Generation Fighter Aircraft (FGFA), which involved the creation of a version of the Su-57 for the Indian Air Force. Interest in the plane from China turned out to be nothing more than a rumor. And do not forget that the Celestial Empire has previously commissioned its own fifth-generation fighter J-20, and in the future they may adopt the J-31, although it is most often viewed as an export vehicle. 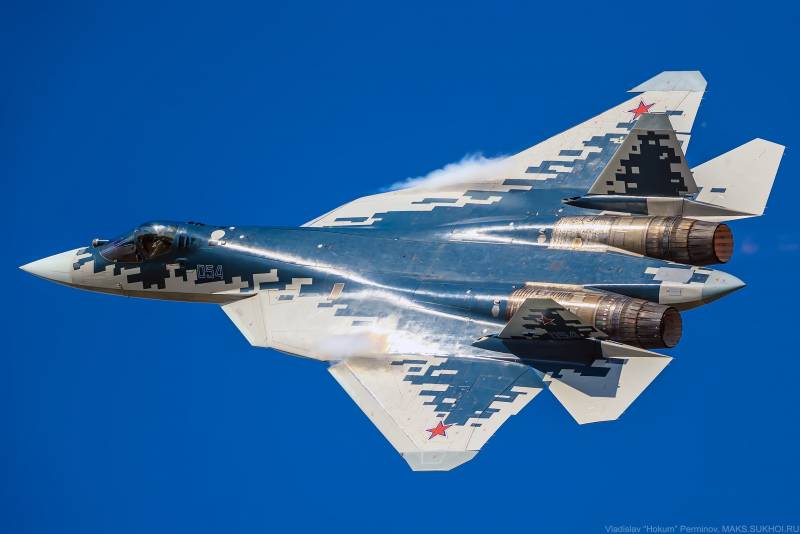 The only glimmer of hope was the lengthy Menadefense report last December. According to it, Algeria allegedly entered into a contract for the purchase of fourteen Russian fifth-generation Su-57 multifunctional fighters and the same number of Su-34 front-line bombers. It is noteworthy that some media presented this as a fait accompli. For some reason, neither the lack of official data, nor the sudden purchase of highly specialized Su-34s by Algeria (instead of the much more logical multifunctional Su-35s) did not put them on guard. In any case, there has been almost no specific information about the Algerian contract since then, as well as no interest from Turkey, although during the previous MAKS Turkish President Recep Tayyip Erdogan showed interest in the new aircraft.

It turns out that, except for Russia, no one needs a fighter. What’s the problem?

In the West, the emphasis is traditionally placed on two things. First, stealth. It is she, according to Western experts, that lies at the forefront of the fifth generation fighter, and the Su-57 allegedly does not meet the stated requirements. Secondly, the engine. Instead of the so-called second stage engine, which meets the requirements of the fifth generation and is known as Type 30, the aircraft is powered by the AL-41F1 – in fact, a deeply modernized version of the Soviet AL-31F installed on the Su-27.

With the first point, everything is complicated: we do not know and with a high degree of probability will never know the real indicators of stealth not only of the Su-57, but also of the American F-35 or F-22 Raptor. So while the thesis about the compliance or inconsistency of the Su-57 with stealth technology lies, rather, in the plane of theory. As for the second stage engine, it is being actively tested and with a high degree of probability will be brought to mind in the 2020s. As a reminder, recently new high-quality photographs of the “Products 30” installed on the Su-57 have appeared, confirming the active progress of work. 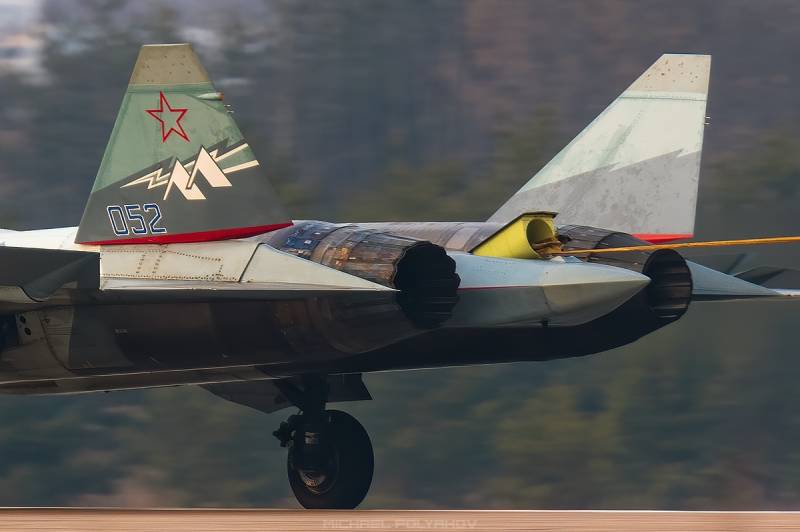 Summarizing the above, it can be noted that the technical difficulties of the Su-57 do not seem insurmountable: moreover, conceptually, the aircraft looks better than the aforementioned Chinese J-20. The Russian car, of course, has “childhood diseases”, but they are characteristic of absolutely any new model of military (and not only) equipment.

Perhaps Russia itself does not want to sell the plane. This point of view is partially justified: in any case, it may seem so if we look at the recent statements of officials.

“We have this in our plans in the strategy of advancing through the military-technical cooperation. The time will come – we will promote. As long as the Su-35 is doing well, we see no point in undermining our own market. There will be a need – we always have a trump card ”,

However, it is necessary to clarify: in fact, the Su-35 is not going well. In addition to Russia itself, only China bought it, and then only 24 aircraft (and this is against the background of hundreds of Su-30MKIs previously purchased by India!) And a few months earlier, Interfax reported that all the documents required for deliveries of the Su fighter abroad -57, agreed. “The Su-57 has good export potential,” said the head of the Ministry of Industry and Trade Denis Manturov at the end of March 2019.

In fact, the answer to the question about the lack of interest in the Su-57 may lie on the surface. And we are not talking about Western pressure, although it also has a place to be. The fact is that the Su-57 remains a “dark horse”: an airplane that few people know about and few understand what is at stake. Except, of course, for the army of domestic air amateurs. “Is this a Su-57? .. Is it already flying?” – Erdogan asked Vladimir Putin during the above-mentioned visit to the MAKS air show. A good illustration of the situation.

There is nothing to be surprised at. One gets the impression that no one has ever really tried to “spin” the fighter: there were no spectacular animation clips, no bright presentations, no high-profile successes at exhibitions. One of the few positive moments is the video about the tests of the aircraft, presented on the official channel of the Ministry of Defense on March 24 this year.

Potential competitors are different. Even a relatively small Sweden can do high-quality PR: just remember the roll-out of the first prototype of the Gripen E fighter, which was carried out at the head aircraft building enterprise of the Swedish group Saab AB in Linköping on May 18, 2016. The Swedes generally do everything to maintain interest in their creation from the very beginning of development, although the chances of commercial success were initially small: the new Gripen appeared in the era of the fifth generation, while the aircraft does not even reach the Dassault Rafale or Eurofighter Typhoon in combat capabilities. generation 4+ (+). 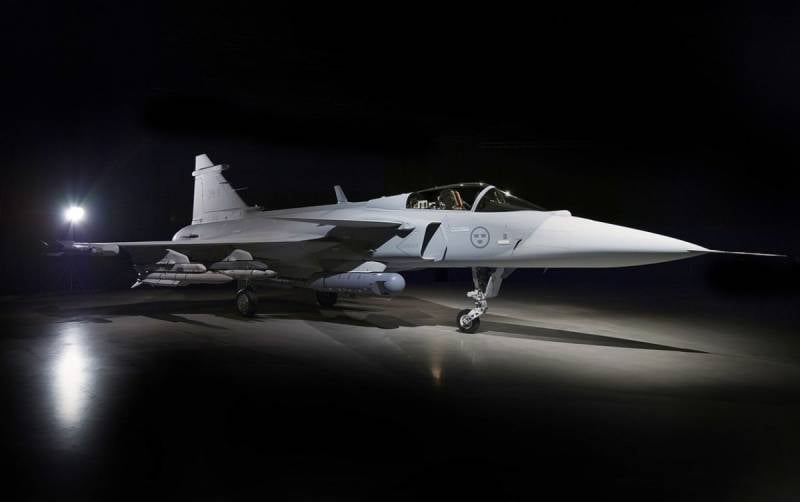 There is another interesting example: and, oddly enough, from Russia. Last year, a great public interest was aroused by advertising photography of the MiG-35 fighter, taken by a group of photographers led by Dmitry Chistoprudov. The photo was taken from several angles using a white cyclorama, a white substrate and large diffusers. In some of the photographs, the specialists managed to achieve an impressive effect that would be the envy of even the West. 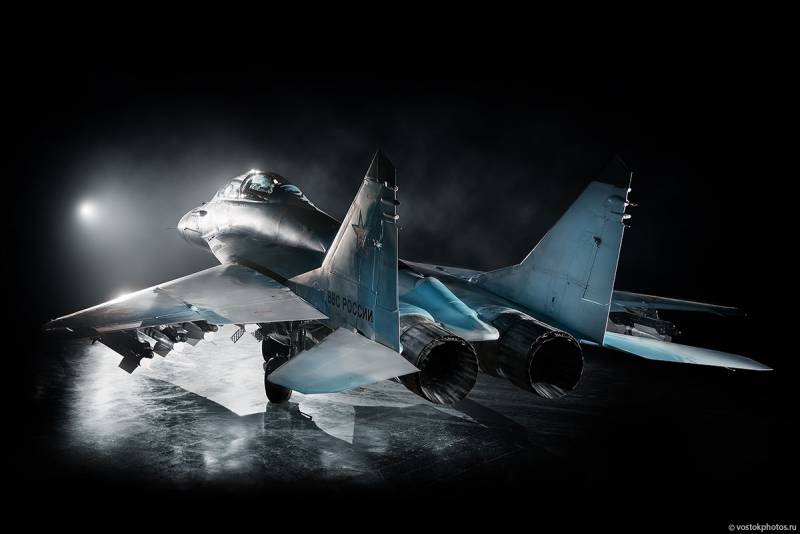 It is worth saying that the author is not a big fan of the MiG-35. However, it is appropriate to pose the question: what prevented you from going this way in the case of the Su-57? Or, let’s say, try to do it differently: the way Bell Helicopter implemented it, releasing a high-quality animation video, in which the promising Bell 360 Invictus helicopter hits the latest technology, namely the T-14 tank and the T-15 BMP based on ” Armata “. Of course, this gave rise to “litigation” on the Web, however, this was probably the idea of ​​the authors. 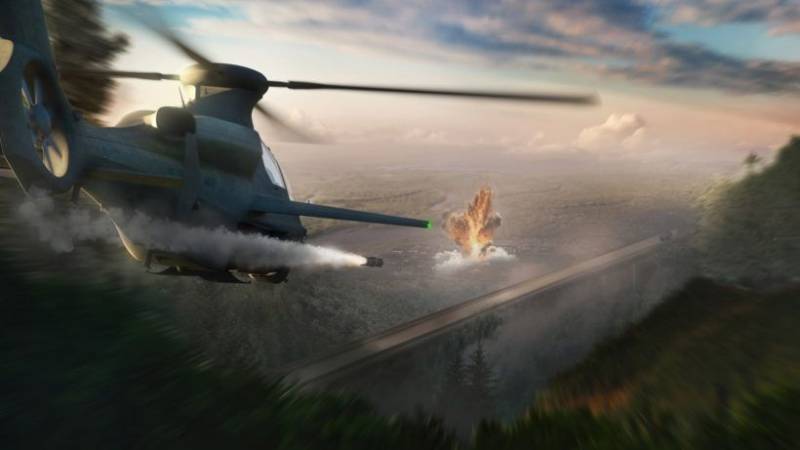 One way or another, but without competent advertising, it is naive to count on success in a very narrow segment of combat aircraft against the background of civil aviation. Is that selling them “at a discount” to your political allies. However, for this, there must be such allies, and they must have at least some financial means and the ability to operate new technology.