The StuG III was the only vehicle to impress the TsNII-48 engineers in 1941-1942. Source: wikipedia.org

By the beginning of 1942, the Red Army had accumulated a sufficient amount of captured equipment to organize a full-scale research by scientists and military engineers. Throughout the year, under the guidance of specialists from TsNII-48, the leading institute dealing with armor in the USSR, enemy equipment was thoroughly studied. Firstly, to create guidelines for the fight against fascist tanks, and secondly, to assess the comparative level of development of domestic and enemy metallurgy and engineering. The test participants hoped to pick up new ideas for their own industry during the work.

The objects of research were the most common armored vehicles for their time: TI, T-IA, T-II tanks, two T-IIIs with a 50-mm KwK 38 cannon and a 37-mm KwK L / 45 cannon. In 1942, the term “self-propelled artillery mount” was not yet generally accepted, so the studied StuG III Ausf.C / D was called “the reckless” Artshturm “medium tank with a 75-mm cannon. Interestingly, the T-IV Ausf.F with a short-barreled 75mm cannon turned out to be a heavy tank according to the Soviet classification! Obviously, TsNII-48 considered that a German tank weighing 24 tons was fully classified as heavy, since the Germans simply did not have a larger armored vehicle at that time. More precisely, the Armored Institute did not know about heavy German tanks, but more about that later. 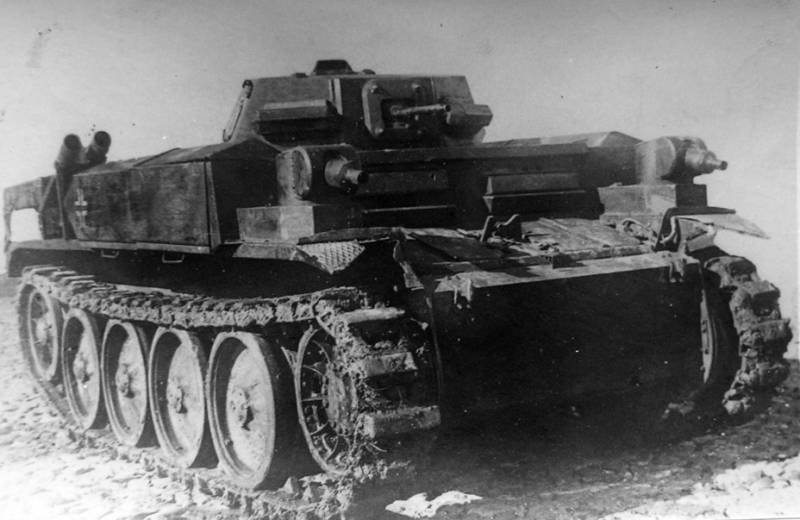 In the trophy collection of TsNII-48 there was also a rare flamethrower Flammpanzer II Flamingo, which fell into the hands of the Red Army back in 1941 near Smolensk. The vehicle fought as part of the 3rd tank group of the 101st flamethrower tank battalion. The flamethrower tank was of an original design, specially adapted for the installation of containers with compressed air and fire mixture. The fire mixture was ignited with acetylene and an electric burner. The pressure in the air cylinders reached 150 atmospheres, which made it possible to throw burning jets from two water cannons at 40-50 meters. The light 12-ton flamethrower tank did not make much of an impression on the Soviet engineers, and they did not find any reason to borrow. The most original was the chassis of the Flammpanzer II Flamingo, about which they wrote:

The undercarriage of the flamethrower tank in terms of its design is similar to the undercarriage of semi-tracked German tractors, but somewhat simplified for production: the track pins of the auto-half-track tractors rotate on needle bearings, and the tracks have rubber pads, while the fingers of the flamethrower tank are seated tightly on the threads and there are no rubber pads. 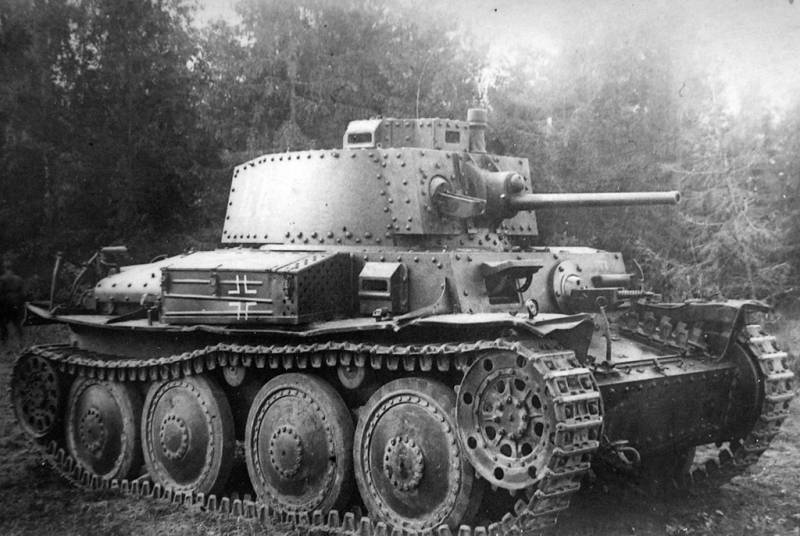