A major international exhibition and conference in the field of the defense industry IDEX 2021 opened in Abu Dhabi on February 21. Companies representing the Russian defense industry are traditional participants in this exhibition. The exhibition is held in the United Arab Emirates twice a year and is one of the largest in the world.

Within the framework of IDEX, Russian companies often demonstrate their new products, as well as modernized weapons. For Russia, this international showcase is very important, since the market of the countries of the Middle East and North Africa is traditionally important for the supply of Russian weapons. In 2021, Russian defense industry enterprises will demonstrate their products in a single exposition, the total area of ​​which is 1200 square meters.

Among the novelties already presented at the exhibition, one can single out a new Russian unmanned aerial vehicle. The drone was developed by the Izhevsk enterprise ZALA AERO GROUP, this company is part of the Kalashnikov Group of Companies. The novelty was named ZALA VTOL and is distinguished by an unusual scheme for a UAV – the device combines the best qualities of aircraft-type drones and convertiplanes.

The main feature of the new Russian unmanned aerial vehicle of the hybrid type ZALA VTOL, which makes it a unique development, is that the complex combines the best qualities of an aircraft-type UAV and a tiltrotor. At the same time, the operator of the unmanned complex gets the opportunity to easily change the configuration of the UAV, depending on the tasks to be solved and the conditions in which they must be performed. Thus, in one drone, two aerodynamic schemes are combined. 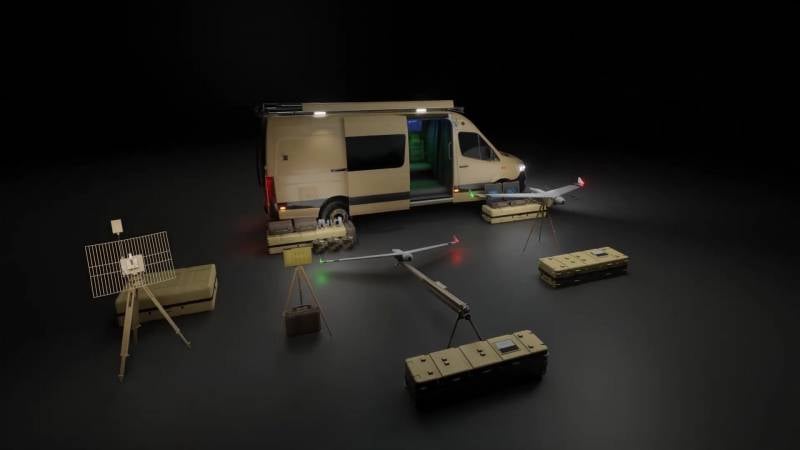 According to the developers of the complex, the ease of operation of the ZALA VTOL UAV makes it possible to minimize the role of the human factor, as well as the number of equipment used and maintained during flight missions. The flight processes of the new drone can be fully automated.

This is largely achieved through the use of a powerful on-board computer, designated ZX1. An on-board computer with artificial intelligence algorithms is able to analyze the collected data directly on board. At the command of the operator, photographic images or video materials in Full HD can be transmitted to the ground control station.

The presentation video of the hybrid drone indicates that the device is able to simultaneously transmit two video streams (video camera – Full HD and infrared camera – HD). The device has an automatic target tracking function and an encrypted solid-state drive for storing captured information with a total capacity of 500 GB. The aerial photography itself is carried out with two cameras: 24 Mp (built-in) and 42 Mp (payload element).

The versatile design of the new drone provides the model with full compatibility with all existing and manufactured target loads of the ZALA AERO company. In addition to photo and video cameras, it can be thermal imagers, combined systems, laser designators, dosimeters, gas analyzers and other equipment. The manufacturer also provides for the installation of additional geodetic equipment (RTK – Real Time Kinematic) on the drone.

According to the assurances of the developers, the new unmanned complex is a versatile, profitable solution that can be used for search and rescue operations or for air monitoring in the interests of the fuel and energy complex. It is allowed to use the device on hard-to-reach and long routes with the provision of safe take-off and landing of the device. Thanks to the hybrid design, the drone can be launched from unprepared sites, including in an urban environment.

Not much is known about the flight characteristics of the ZALA VTOL drone, but the main characteristics of the model have been disclosed. According to RIA Novosti, the wingspan of the new Russian drone is 2.85 meters, the maximum take-off weight is up to 10.5 kg, and the maximum flight speed is up to 110 km / h. The main mover of the vehicle, which provides the UAV with horizontal flight, is the pushing propeller.

At the same time, the autonomy of the drone directly depends on the chosen scheme. Flight autonomy is up to two hours with the aerodynamic configuration of a tiltrotor with vertical takeoff and landing. With an airplane scheme and launch from a catapult, autonomy increases to four hours. In this version, the landing of ZALA VTOL takes place on a parachute with an air shock absorber, according to the drone manufacturer. 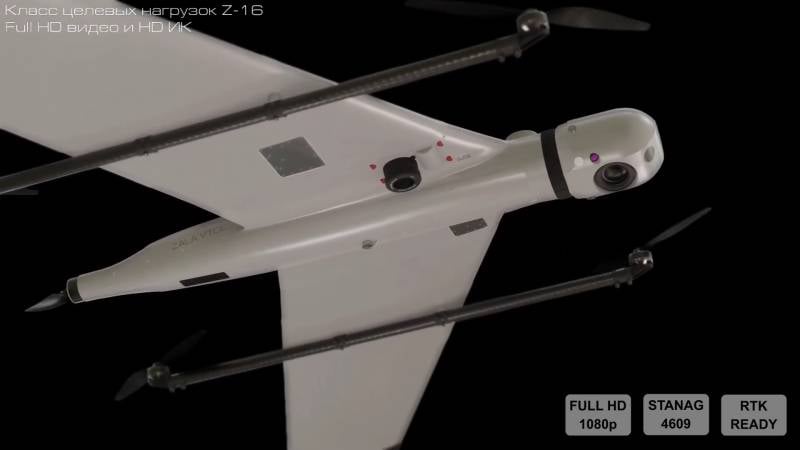 Like many devices not only for military, but also for civilian purposes, developed and produced in Russia, the new ZALA VTOL drone is designed to operate in the most severe climatic conditions. The declared operating temperature range is from -40 to +50 degrees Celsius. The manufacturer also allows the use of UAVs at wind speeds up to 15 m / s.

The developer of the new Russian drone is ZALA AERO, headquartered in Izhevsk. Currently, it is one of the leading domestic developers and manufacturers of unmanned aerial vehicles. In addition to the UAVs themselves, the company develops and manufactures mobile complexes and sets of unique target loads, electronic warfare equipment. The company was founded in 2004, since January 2015 it has been organizationally part of the Kalashnikov concern.

The main product of the company throughout its history has been and remains unmanned aerial vehicles, as well as various software solutions for aviation monitoring. In total, more than two thousand UAVs are currently used in the Russian Federation, which were developed and manufactured by ZALA AERO.

UAVs under the ZALA trademark are widely used in reconnaissance and rescue operations, to protect state borders, as well as to survey high-risk facilities, emergency situations and monitor oil and gas infrastructure, especially in hard-to-reach regions of the country. The customers of these products are not only the Ministry of Defense and law enforcement agencies, but also the civil sector. 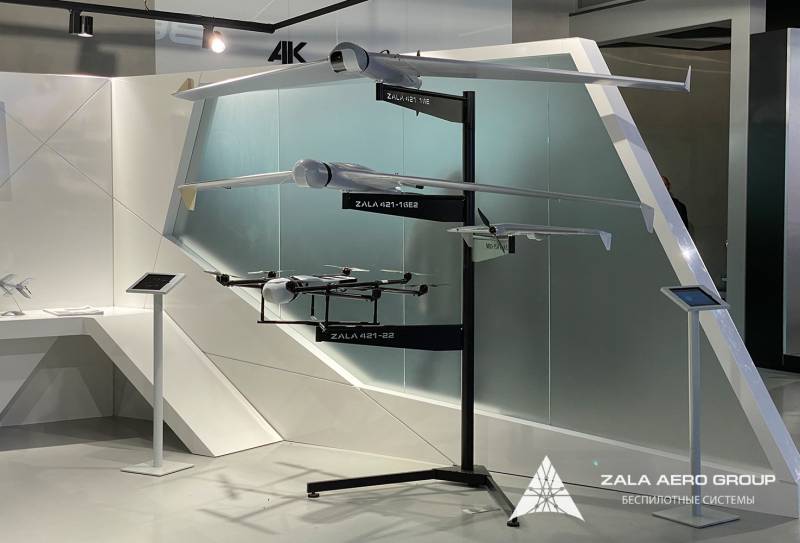 Stand with ZALA drones at the Army-2020 forum

ZALA drones are actively used by Russian Emergencies Ministry units and civilian companies. They are widely used in everyday life, helping companies and businesses in construction, environmental monitoring, agriculture, geodesy and cartography, as well as in other peaceful fields of activity.

UAVs from Izhevsk occupy an important place in the field of aerial monitoring of oil and gas facilities, which is of strategic importance for Russia. According to the company, ZALA AERO drones make more than 30,000 flights over oil and gas infrastructure every year, surveying more than five million kilometers of pipelines from the air.